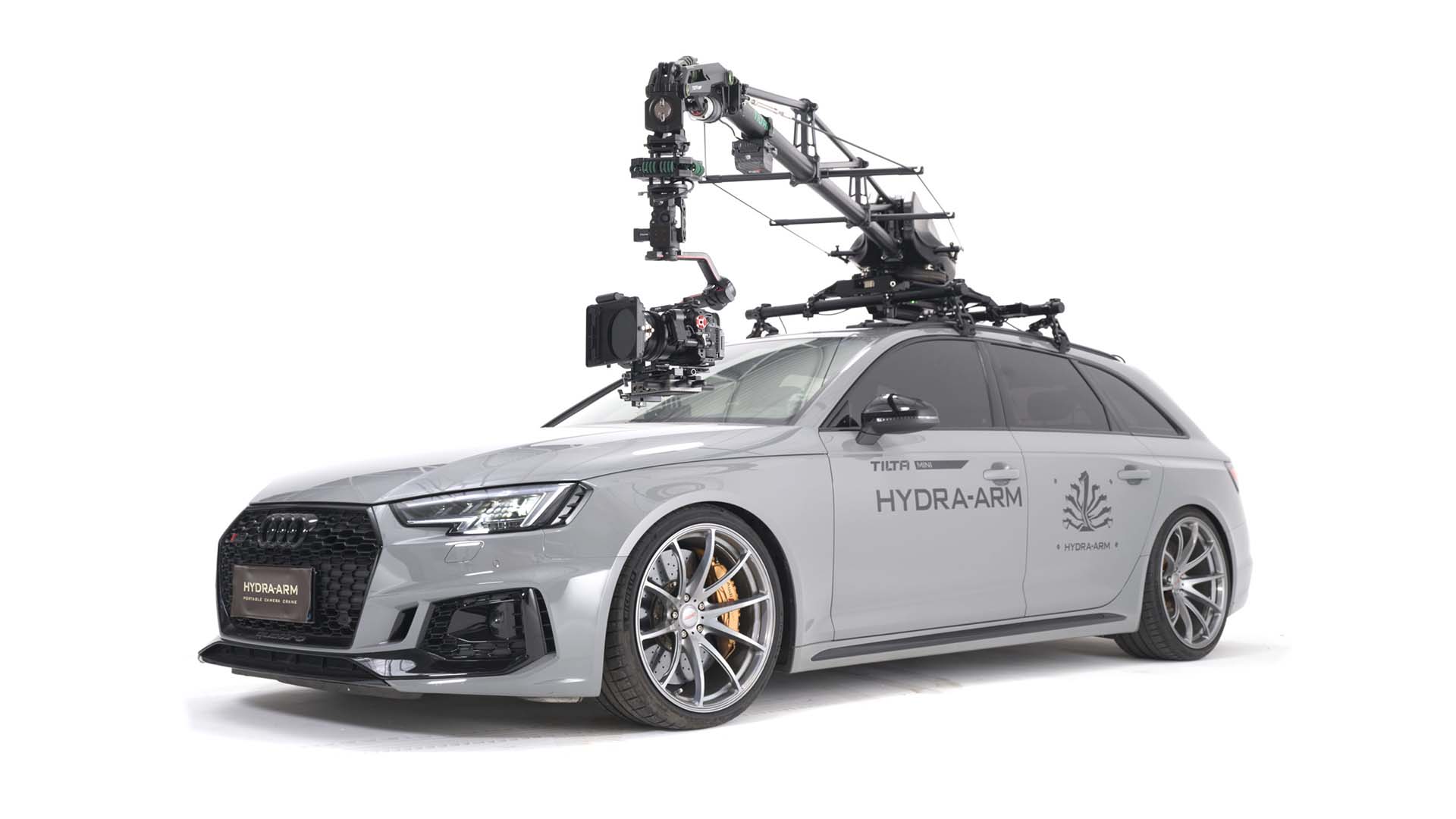 Want to make the next Mission: Impossible film? Well, now Tilta has brought some of the hardware needed down to indie levels with the Hydra Arm Mini.

With all the endless talk about cameras and sensors, you'd be forgiven for thinking that filmmaking was all about who owns the most lenses, or the most popular YouTube channel. Luckily, we have companies like Tilta, which besides making very useful camera accessories, hasn't forgotten that some people out there want to make properly good stuff.

The Hydra Arm Mini is a new camera crane, which mounts to a vehicle roof, and is designed to get the ultimate in chase car shots, even at high speeds, and off-road. The system still isn't 'cheap' at $11,999 for the Pro version and $9,999 for the basic one, but it does put it well within reach of indie production rental potential. Err, just don't tell the car insurance company what you're doing... 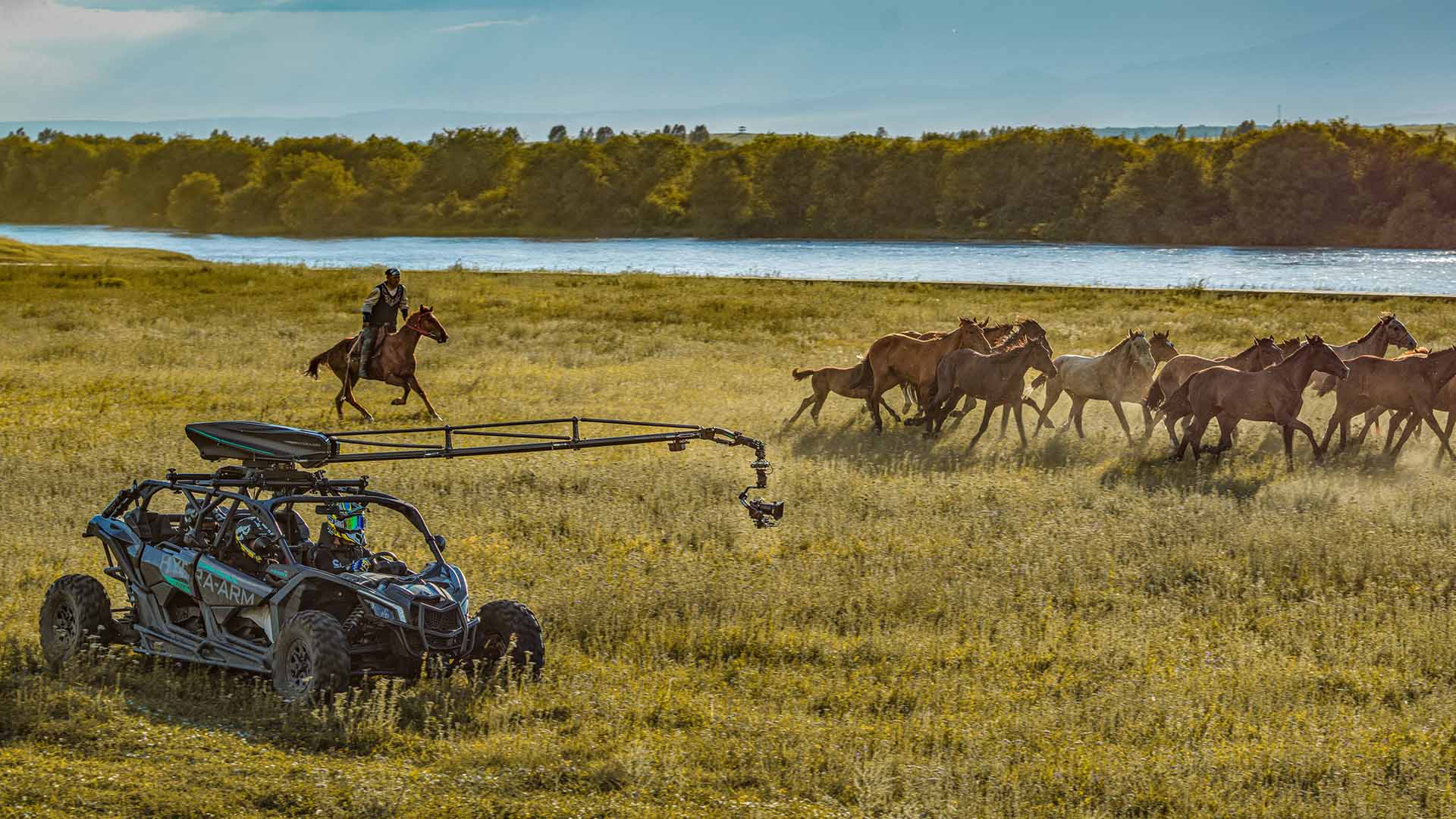 The Tilta Hydra Arm Mini in action across the plains. Image: Tilta

Anyway, the Hydra Arm Mini specs are impressive, with full wireless motor control allowing the rig to rotate 360 degrees horizontally within 6 seconds at its highest speed. With a 12.7ft arm, it can be lifted to a height of 14.8ft and lowered down to almost floor level. Full height can be achieved in an impressive 1.7 seconds, making action filmmaking a very realistic possibility.

The full weight of the rig is 70kg, which puts it on the limit of most roof racks, and of course you'll need to factor in the weight of the camera as well as the fact that the weight is extending outwards. Mounting can also take place with suction cups, which I'm sure work well, but I remain to be convinced.

The system has been designed with the DJI RS2 and RS3 Pro gimbals in mind, although it will also fly the DJI Ronin 4D, Freely Movi Pro and DJI Ronin MX. The entire system comes with a wireless controller that can control both the crane and the camera movement using separate joysticks.

That said, the entire rig looks incredibly well built, and if you specialise in grip equipment, or are maybe a Steadicam op who wants another avenue, maybe it could make sense as a purchase. Just be sure to factor in the $999 shipping cost!

In addition to the camera crane, Tilta has also brought out a range of high quality metal camera cages for the GoPro HERO11 Black, DJI OSMO Action 3, and Insta360 X3.

Why use a camera cage for such cameras? Well, if they are being integrated into a production environment they offer more protection, cold shoe mounts for accessories, and also different mounting points for attaching to different mounts in different orientations. The cages also include provision for filter adaptors, such as for ND. 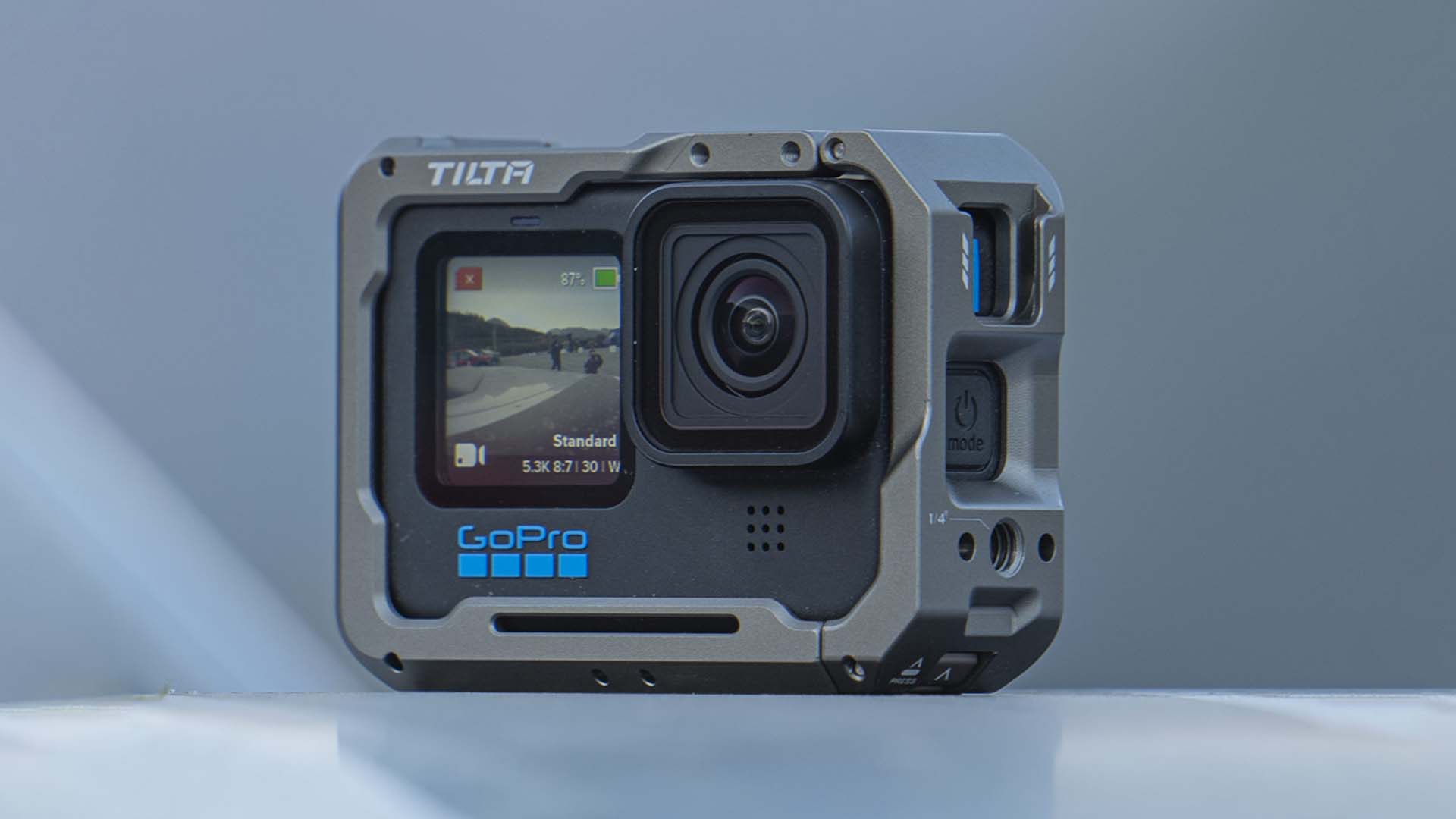 In addition, the X3 model includes a bracket that allows the camera to be laid flat onto a surface without the risk of scratching the spherical lens: A perennial risk with 360 cameras.

All cages feature a quick release design so that the cameras can be removed quickly if required.

Tilta is offering a 10% discount for pre-orders on the cages before January 18th 2023 with orders shipping 2-3 weeks afterwards.