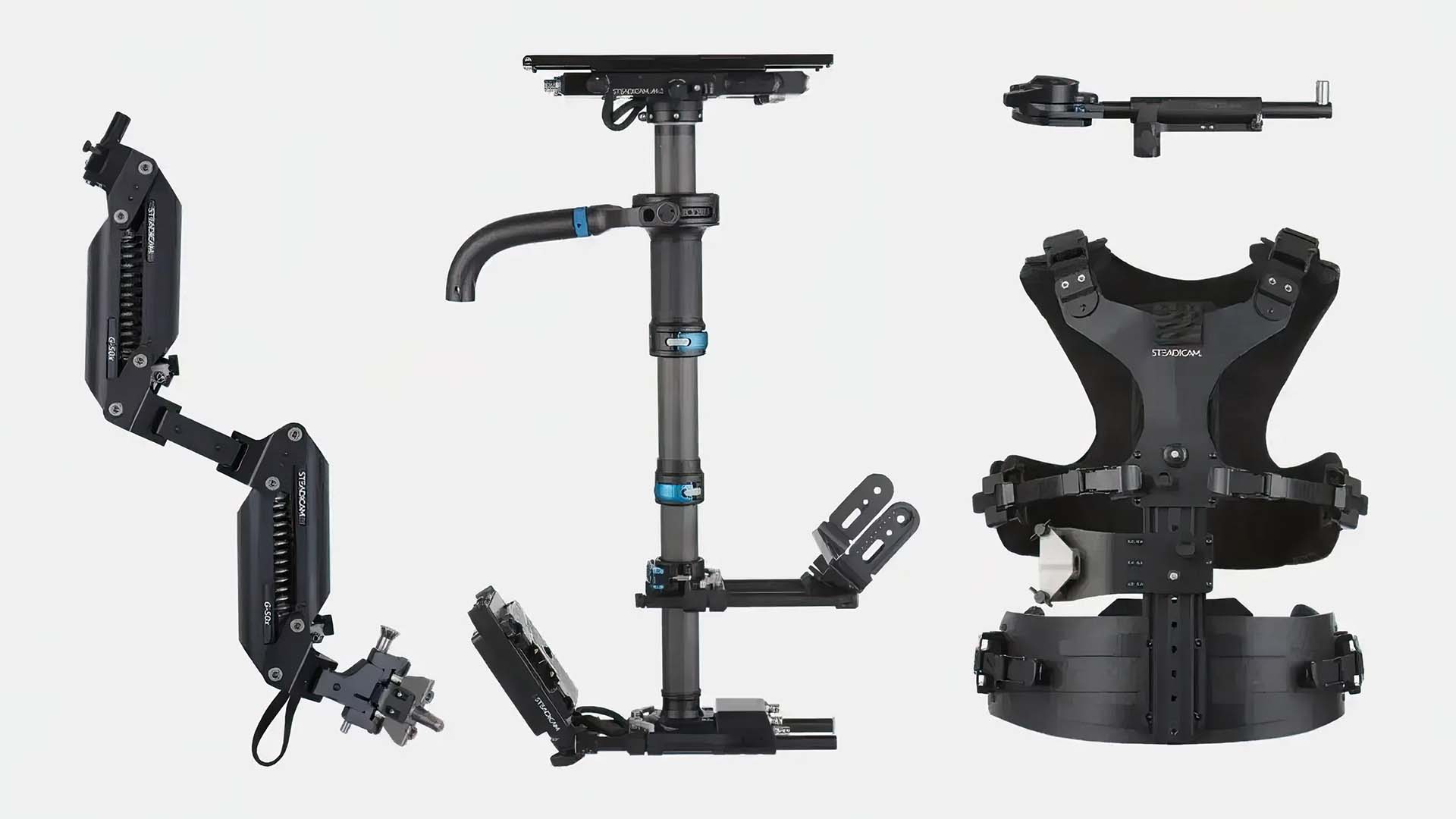 Owning a full size Steadicam, one that can take 'real' cameras, has always been a major investment, however now Tiffen has announced M-2 Core kits, which allow you to more gradually build your system.

The Core kits consists of;

The G50X arm is capable of 50lbs of lift, and the entire system is compatible with Tiffen's Volt addition, which can hold the Steadicam gimbal in any position, allowing the operator to focus on framing.

The M-2 Core kit retails at $25,000, which for a full size system is pretty good going. Although building a Steadicam system that is suitable for day-to-day work will involve rather more than the base system. In addition to the base kit you'll need to add in a decent monitor, the battery system itself (if you haven't already got one), and all your cables, such as a good selection of LEMO and SDI threads. The former being a fair investment in themselves. You'll also need a good C-stand to mount the docking bracket to. Lastly you'll need the skills to use it.

The need to develop a high degree of skill, even for low level work, is one reason why many people have moved to motorised gimbals, and it's a great shame. However the requirement for good skill levels means that breaking into Steadicam operating is difficult to do. Renting a system is an option early on, but you'll still need to invest in a lightweight one at the very least so that you can practice extensively. And even then it might not prepare you for the nuances of posture you'll need if you want to operate a full blown cinema rig later on.

That said, I still believe that Steadicam is the best way to move a camera on set. It has a different aesthetic to a gimbal, with a more organic, fluid feel to it. The M-2 Core kit gives a slightly more accessible way into the world of 'big' Steadicams, although for a fully capable work system you will need to factor in that over time you will be spending a lot more than that initial $25,000.

To find out more about the M-2 Core kit, visit the Tiffen website.