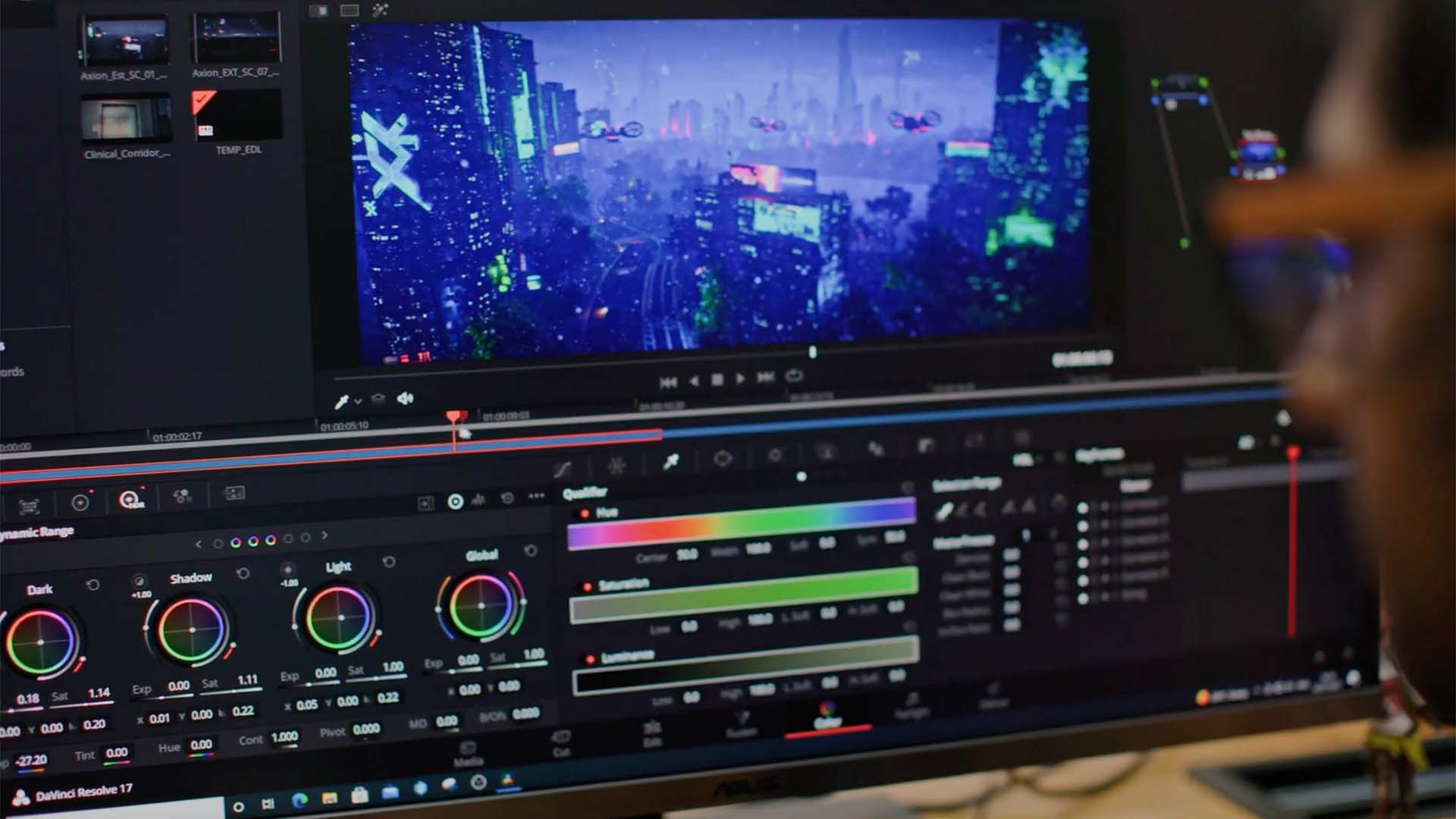 Haz Dulull is a skilled animator and video games developer. We sat down with him to talk about what he needs from a top monitor, and why the ASUS PA32UCG is perfect for his industry.

Behind the popular Netflix movies “The Beyond” and a British science fiction adventure film called “2036: Origin Unknown”, filmmaker Hasraf Dulull (or Haz) has skills when it comes to sci fi and fiction films.

From visual effects to high brightness levels, it is important to have a monitor that is able to have all these features in one screen.

Haz told us, "As a Director for both a feature film and a video game, not only are we in Unreal Engine, but also color grading in Resolve. So switching between various color profiles from Rec 709 to HDR via a single 4K monitor when reviewing material is a game-changer."

"Multi-purpose" is the name of the game here. At a time when people need to be multi-skilled, so the equipment needs to adapt to that way of thinking. A modern creator could be producing CGI or animation one moment, and grading video the next, so having a monitor that can quickly switch between display standards has become more important.

In the video below, produced in association with ASUS, Haz takes us through why the features of the 10-bit 1600 nit capable PA32UCG monitor are so important to him.