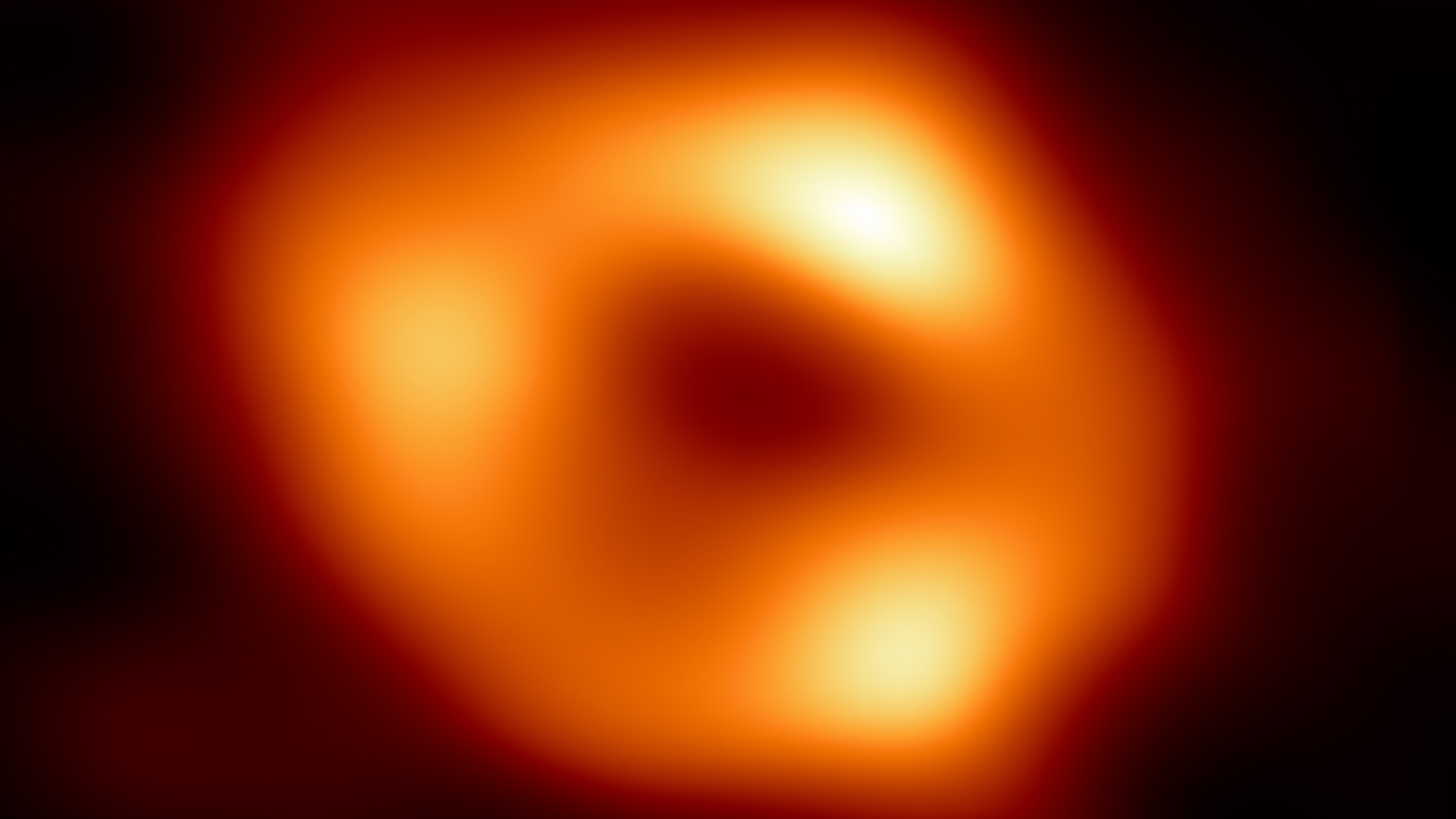 2 minute read
The black hole that lies at the centre of the Milky Way galaxy. Image: Event Horizon Telescope collaboration.

Astronomers from the Event Horizon Telescope Collaboration have produced the first ever image of the black hole (Sgr A*) that lies at the centre of the Milky Way.

The image confirms the existence of a super massive black hole, known as Sagittarius A* (Sgr A*), at the centre of the Milky Way galaxy, which had been theorised but not absolutely confirmed until now. The National Science Foundation said that stars had previously been observed orbiting around something massive at the centre of the galaxy, strongly suggesting the existence of a black hole.

This isn't the first time an image of a black hole has been taken. Previously, scientists had taken an image of one at the centre of the Messier 87 galaxy in 2019. Just as with that image, the new picture doesn't show the black hole itself, because light cannot escape from it. Instead, the image shows the glowing gas surrounding the object, and is composed of an average of a number of different images.

Taking the image of the black hole

Unlike the image of a black hole, M87*, taken in 2019, the image of Sagittarius A* was much more difficult to take, even though it is much closer to us. The gas surrounding the black hole rotates at speeds approaching the speed of light, however due to the size difference of the two black holes, the gas surrounding Sagittarius A* completes its orbit in a matter of minutes rather than days or weeks with the 2019 image.

This meant that the brightness and the pattern of the gas varied quickly, so the picture had to be composed of an average of several images.scientist Chi-kwan (‘CK’) Chan, from Steward Observatory and Department of Astronomy and the Data Science Institute of the University of Arizona said, "Where gas takes days to weeks to orbit the larger M87*, in the much smaller Sgr A* it completes an orbit in mere minutes. This means the brightness and pattern of the gas around Sgr A* was changing rapidly as the EHT Collaboration was observing it — a bit like trying to take a clear picture of a puppy quickly chasing its tail.”

We have images for two black holes — one at the large end and one at the small end of supermassive black holes in the Universe — so we can go a lot further in testing how gravity behaves in these extreme environments than ever before.” 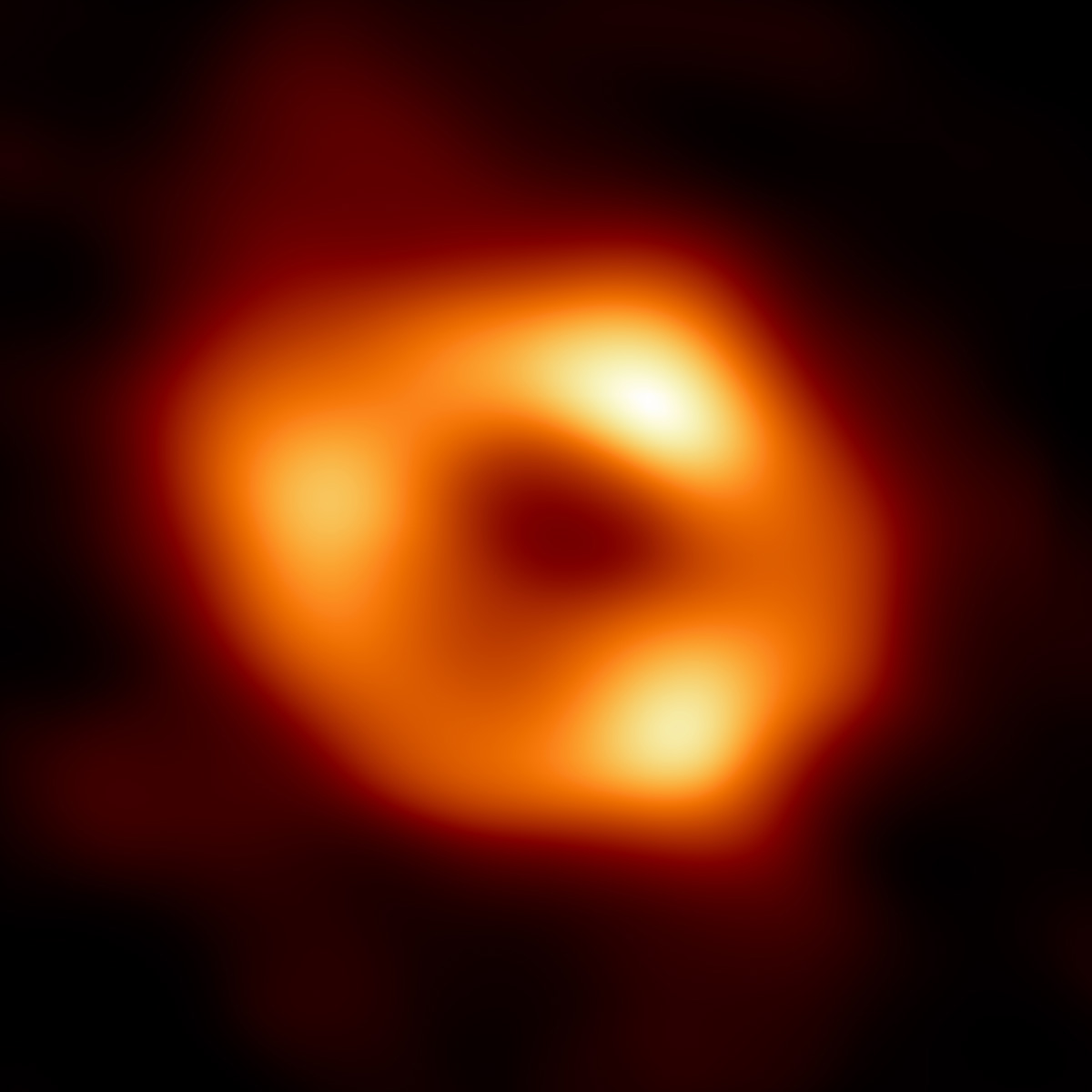 The black hole, which is 27,000 light-years away from Earth, appears to us to have about the same size in the sky as a donut on the Moon. In order to take the image, the team had to create the EHT (Event Horizon Telescope Collaboration), which links together eight existing radio observatories across the planet to form a single “Earth-sized” virtual telescope. The EHT observed Sgr A* over multiple nights, accruing data over several hours each, in a radio telescope equivalent to a long exposure photograph.

Sera Markoff, Co-Chair of the EHT Science Council and a professor of theoretical astrophysics at the University of Amsterdam, the Netherlands said, "We have two completely different types of galaxies and two very different black hole masses, but close to the edge of these black holes they look amazingly similar.”

This tells us that General Relativity governs these objects up close, and any differences we see further away must be due to differences in the material that surrounds the black holes.”