If you’ve started using cameras in the last few years you might not be aware of just how far cameras have come. For some time one of the go-to experts on camera setup and HDTV standards was Alan Roberts, and his epochal research still has repercussions today. 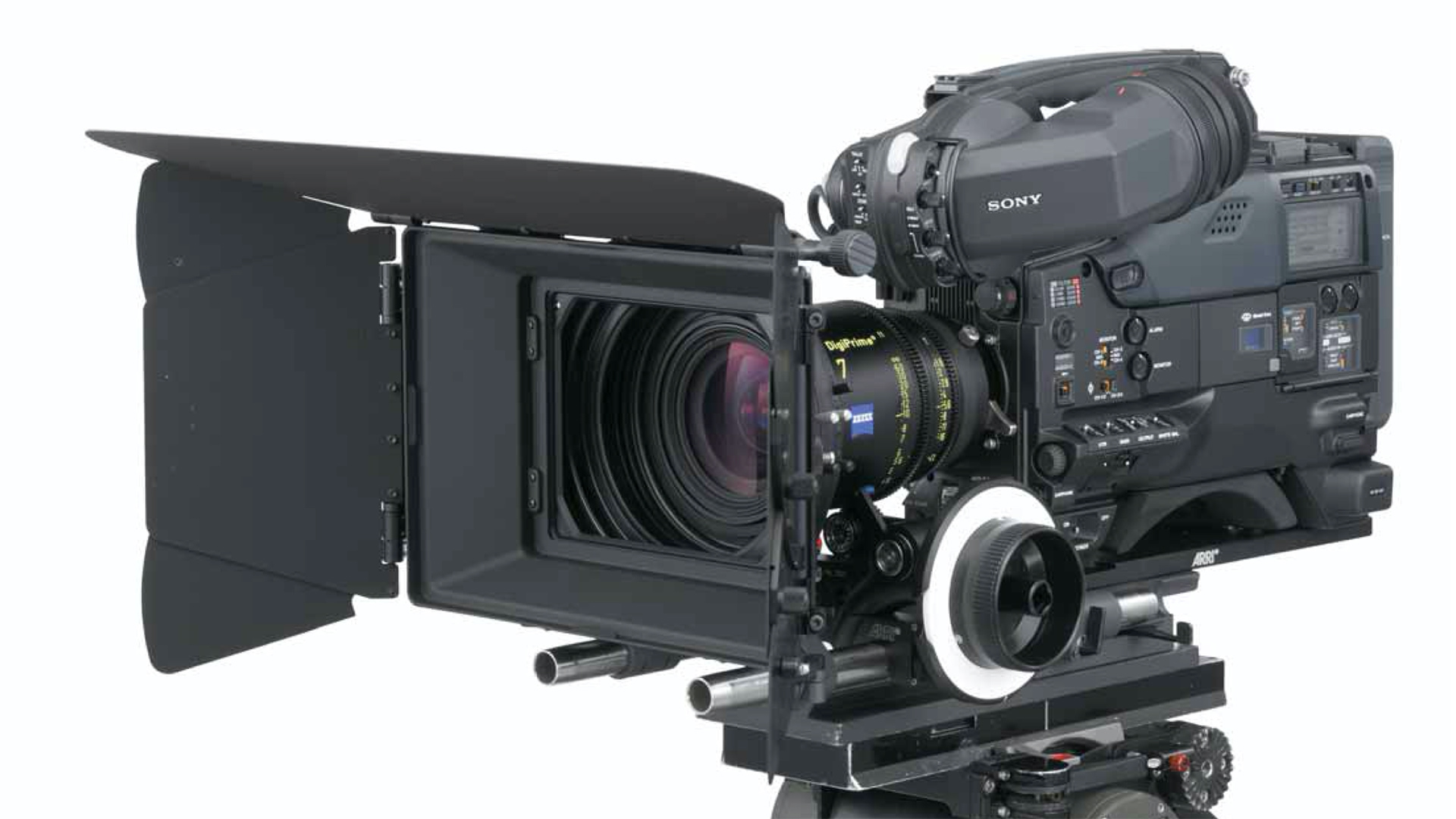 Sony's seminal F900 series was one of the earliest EFP style camcorders to feature logarithmic functionality.

My own history with Alan goes back to around 2004, and I have to be perfectly honest, in the time I was in communication with him we did have some <cough> disagreements. However what doesn’t change, or rather hasn’t changed, is the influence that Alan had on both the development of high definition video in general and on modern cameras.

I first came across him when I was interested in how footage from a video camera could be made to look more like film. In the mid-2000s prosumer cameras didn’t have the full gamut of picture setup options that they have now, and broadcast camera setup menus were considered to be a black art only to be touched by expert engineers. In short, I wanted to know more about them and how to use them.

If you had asked most people at that time how to get a film look, most would suggest putting a Black Pro Mist filter on the lens, de-interlacing the image in post (hardly any cameras could shoot progressive scan at the time), and being very careful with lighting. Now of course lighting cinematically is extremely important, and back then large soft light sources were very hard to do on a budget, but I felt there was something else missing.

I came across a paper by Alan Roberts, written for the BBC R&D department, and somehow made contact with him to discuss things a lot more. Our conversations taught me a lot, and I summarised much of what I learnt on my original website, now long since gone. At the time it was the only place on the web that put Alan’s recommendations into more straightforward terms. Understandably it was popular.

The premise of Alan's paper was that, as the title of it suggests, there’s more to the film look than just ‘jerky’ motion. Nowadays we don’t think anything of shooting at 24, 25, or 30fps. But back then there were big arguments over whether we should or not, as well as demands for manufacturers to include such modes on cameras more widely. However video at these frame rates was still widely seen to be overly 'jerky' in motion. The type of motion that was widely accepted in any cinema was not so easily accepted on television or in corporate video production.

We might laugh at it now, but deciding whether to shoot your production using one of these frame rates was seen as a highly risky decision, and one that was full of mystery. I remember one person approaching me at a seminar and asking me whether he was allowed to pan the camera, or even move it at all if he filmed using the 25p mode!

UK television viewers might also remember the uproar when the popular television series Casualty suddenly changed from its very traditional soap opera style interlaced style to progressive scan (poorly done with a rather dubious looking de-interlacing system). But the apparent jerkiness of progressive scan video did in fact have reasons behind it that were not generally present in film originated footage.

Alan’s white paper dissected the reasons why film at 24fps had apparently less ‘jerk’ to its motion than 24p video.

One of the reasons was, and sometimes still is that video is much ‘sharper’ than film. Film has a very different response to edge detail than video, and to compound matters video cameras usually come with the digital sharpness set far too high by default.

In effect, high frequency edges appear to jerk in motion at lower frame rates more to the human eye than softer edges. If your camera has the digital edge enhancement set too high it makes much more area of the picture have higher frequency edge detail, and hence more apparent ‘jerky’ motion.

The Panasonic AG-DVX100 sold in vast quantities due to being one of the only Prosumer camcorders at the time that could shoot progressive scan at 24fps.

Alan devised various settings for different cameras at the time for the BBC, and these papers were publicly viewable. As new cameras rolled in he would write a new white paper detailing the best settings for that camera for both a decent video look, and if it was possible, a ‘film look’. Where possible he would tune the detail settings, most commonly on broadcast style ENG cameras, to produce lower frequency detail on all but the highest edge thresholds. As cameras became better the recommendation was sometimes to turn off the electronic detail altogether.

This was usually accompanied with colourmetry and gamma adjustments. It took a fair few years for cameras to come with log functions installed as standard. Before that point it was a case of tuning the master black level and the knee point amongst a number of other settings to be able to pull the maximum dynamic range off the sensor and onto the Rec.709 recording. I did a breakdown of these settings on my (now archived) website here. Unfortunately the images haven’t been captured.

ENG and EFP cameras were best for this at the time due to the sheer number of picture adjustments that were available. Whilst this was not as good as having a dedicated log function the effect was the similar, a flat, desaturated looking image that required grading. Again we might laugh, but this was often done on DVCAM cameras. That's 25mbps standard definition with 8-bit colour. Although it's amazing how forgiving CRT televisions are to issues such as colour banding and compression artefacts!

It is important to note that Alan's settings set out to mimic as closely as possible the behaviour of film after it had gone through neg scan telecine process with a best light transfer to tape. Most commonly his settings allowed for roughly 2.5-stops over exposure (on the F900) and 1-stop under depending on the camera.

I pushed the idea behind this on various forums as well as nudging people towards to Alan’s white papers. Eventually Alan’s settings effectively became a bible to all sorts of camera users, and whenever a new device was released his test evaluations were hotly anticipated. Dedicated cinecameras like this Sony F35 look 'filmic' right out of the box. Image: Sony.

Modern cameras make most of it irrelevant

These days there is no longer much of a need for such settings recommendations. Even the Netflix guidelines are much reduced in complexity from anything Alan wrote for the BBC or EBU. The inclusion of manufacturer specific log functions that squeeze the maximum dynamic range off the sensor are standard fare now, even on low cost devices.

Sometimes you will still need to dial down the electronic edge enhancement in the camera, or preferably turn it off entirely. Some cameras, such as Blackmagic Design’s come with no digital sharpness enhancement on by default. In recent years it added such a function to turn edge enhancement on into the menus, but in reality almost all cameras produce a much more pleasing picture with it left off.

In the days of standard definition this sort of function was often needed (although I had it turned off on my PDW-510 XDCAM standard def ENG camera to good effect). But today when we have resolutions of 4K and above, there really is no need for any sort of digital detail enhancement in-camera any more, especially when the focus now is very much on the cinematic end of things.

Arguably it was the increased popularity of Alan’s camera evaluations towards the end of his career that propelled demand from users of all level of camera for manufacturers to sit up and listen and to give us maximum dynamic range settings already in-camera. While log functions had been around in cameras like the F900 series HDCAM cameras in the form of the Digital Praxis curves, it was the popularity of Roberts’ evaluations that really helped push these sorts of adjustments to the fore at all levels of production, not just at the high end.

It is perhaps ironic that Alan’s popular contributions to the industry might have resulted in his evaluations becoming less relevant in the long run. He might even be happy with this since it has made advanced camera tools much more accessible. Even more ironic than this is the fact that he doesn't really like the look of the 24fps frame rate, instead preferring smoother, higher frame rates that he considers more logical. He never understood why a filmmaker like Steven Spielberg would want to film Saving Private Ryan full of grain, narrow shutter angles, and worst of all, handheld!

And yet possibly if not for his influence, cameras today might not have all the recorded information that they do to enable filmmakers of all budgets to exercise that sort of creative control over their own productions.

Some may accuse me of being hyperbolic, but having been at the forefront of development of high definition since it’s inception in the days of analogue video, as well as having written many seminal papers as well as books such as Circles of Confusion, which are still totally relevant today in terms of understanding how camera technology works, and the how’s and why’s of what we as humans see, Alan Roberts is certainly a man who has left an indelible mark on video as we see it today.

Review: We build a custom Genesis Workstation from...

The difficulties of getting paid for your film...