These aren't your traditional action cameras 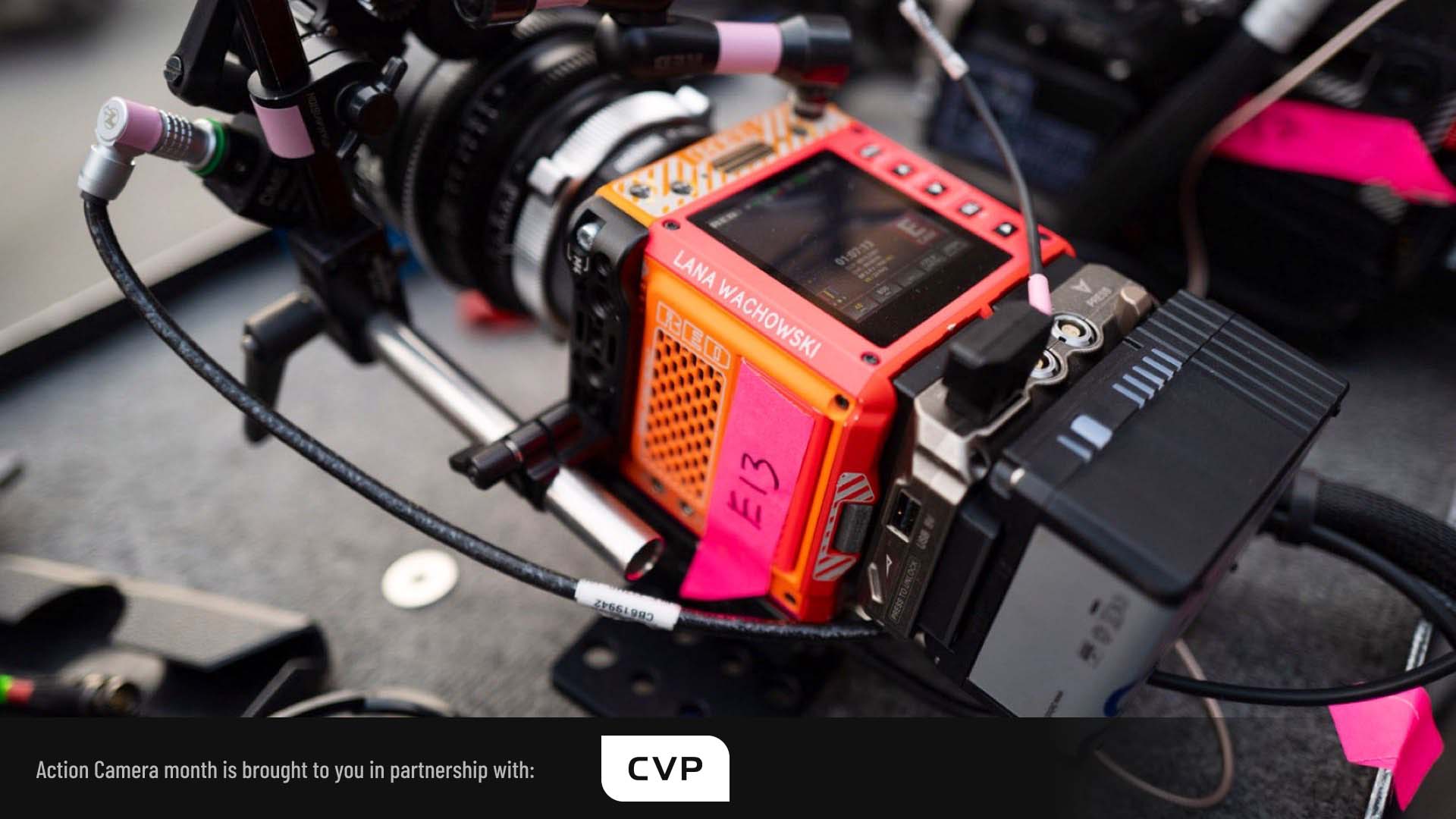 4 minute read
You know you've made it as a director when you have your own custom coloured camera. Lana Wachowski's RED KOMODO on the set of Matrix: Resurrections. Image: RED Digital Cinema.

When we think of action cameras, most people immediately think of GoPro. But in the world of feature films, the term can mean something very different.

In spite of the fact that most feature films today are either shot on cameras such as the ARRI ALEXA, one of the many RED cameras, or, in the case of films like Top Gun: Maverick, the Sony VENICE, there is still a need for smaller cameras that can be used in situations where the larger ones are simply not practical.

The need for 'stunt' cameras goes back a long way, and for many different reasons. It might be that the scene demands an 'expendable' camera; one that is inexpensive enough that it doesn't matter if it gets wrecked. In more recent films it can mean a camera that can capture more exciting, dynamic shots, be it from a drone or from a body mounted camera.

When it comes to high budget features, the stunt camera usually needs to produce an image that is on par with, or at least very close to the primary system. In the past, films such as Michael Bay's Transformers used GoPros in situations that were close to the action, such as next to explosions, or directly involved in car crashes. However, their use was tightly controlled, and any shots from them that appeared in the final movie were kept almost 'blink and you'll miss it' short.

Current productions have a lot more choice of camera to use, and although they are not as compact as a GoPro, the image from them is considerably better, and they can be intercut with industry workhorses like ARRI's ALEXA very easily. 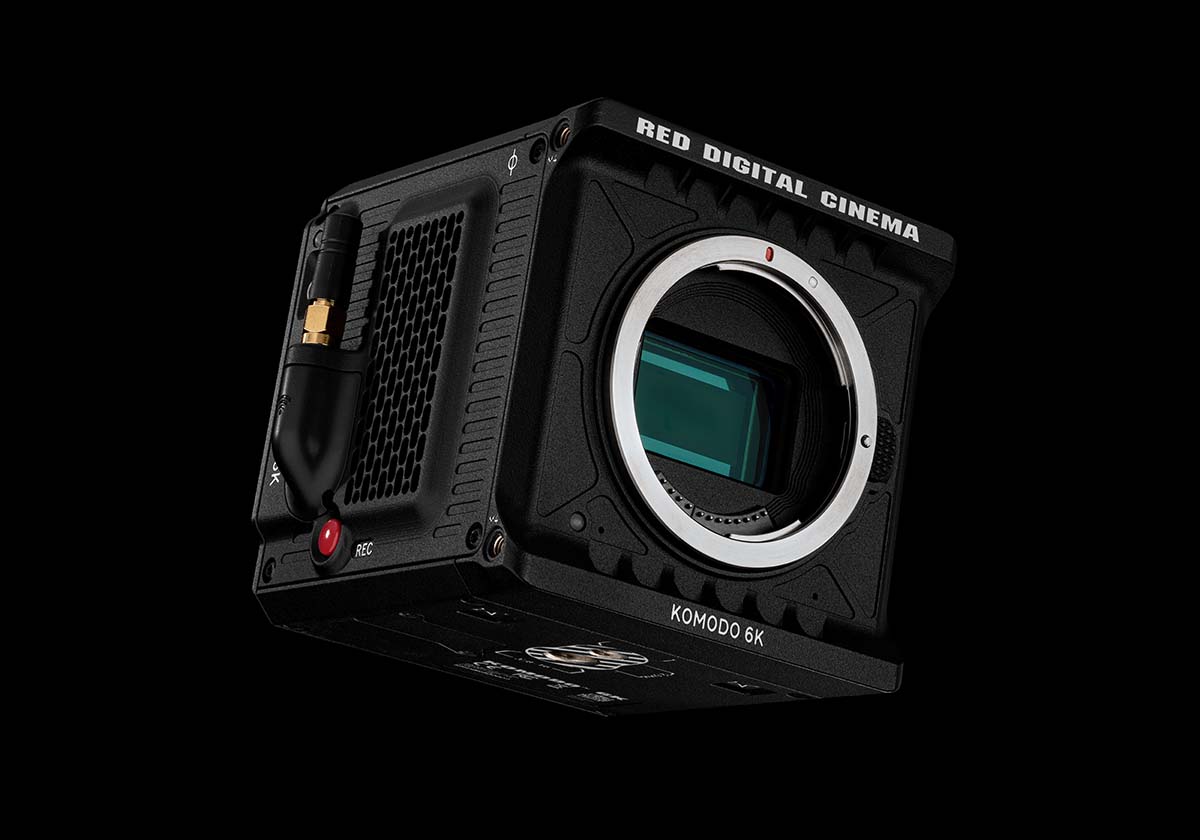 RED's KOMODO, despite the number of people now using it as their general production camera, was in fact designed for stunt camera use. Its compact body allows lightweight lenses to be used on it via the Canon RF-Mount system, and it is increasingly being used across the industry.

Notable films to have used it include The Batman, which used two body mounted KOMODOs during the wing suit sequence. One was mounted on the helmet looking down the back of the wingsuit, and the other was mounted off an arm from the cowl looking at the actors face.

One of the main appeals of KOMODO for action sequence use is its global shutter. This fairly unique feature means that it can be used in situations where there is fast action, the risk of high vibration, or to shoot difficult 'flash' light, such as explosions, without any of the rolling shutter issues found on other devices.

This was one of the reasons why KOMODO was used extensively in Matrix: Resurrections. In that film, the camera was used throughout for the movie's many high octane action sequences. In one scene, a KOMODO was even melted while taking a shot during a vehicle explosion. The footage apparently survived to make it into the final edit. Additionally, because KOMODO can shoot 6K, it has the same post fine tuning capabilities of its larger brethren, allowing for stabilisation and reframing, as well as 120fps potential at 2K resolutions.

Recently the use of KOMODO has been taken even further. In Michael Bay's Ambulance, KOMODO was used as an FPV drone camera and this is a way of shooting that will be taken to extremes in the next instalment of the Fast & Furious series during the car chase scenes.

Ambulance demonstrates the types of shot that you could only previously achieve with a GoPro, such as flying underneath a car during a chase scene as it launches into the air from a ramp. Whether or not the audiences stomachs will thank the director for such experiences remains to be seen.

A camera that has a similar size and form to KOMODO is the Z Cam system. Z Cam's cameras are available in models that record everything from 4K up to 8K, and with every popular sensor size, from MFT up to full-frame. Interestingly it isn't the more recent E2 variation of the system that has been spotted on recent films. Instead, it's been the older E1 model that has been seen being used on the forthcoming Mission: Impossible - Dead Reckoning for vehicle shots.

Quite why this is the case, we don't know. The E1 doesn't have the raw capabilities of the later models, although it is extremely compact and inexpensive (and currently unavailable!) Dead Reckoning isn't the first time the camera has been used on the series, having been employed on previous instalments as well.

Blackmagic Design's cameras have been used on features and TV as stunt cameras from the very first BMPCC. The diminutive camera has been used on episodes of 24 as well as movies such as Age of Ultron.

The BMPCC cameras are well regarded for their ability to grade easily to match other systems such as ALEXA. They are also extremely lightweight, and for a feature film at least, inexpensive enough to be 'disposable' when it comes to dangerous action. As an aside, the same film also used the Sony A7SIII for head mounted POV style shots during fight sequences.

Top Gun: Maverick was one of the first features to be shot using Sony's VENICE camera system. Ironically it was also one of the last to reach the cinema, but it is an exceptional showcase for the camera now that it has finally been released.

Maverick not only used VENICE as the primary A-camera, it also used the system, effectively as an action camera, mounted inside the jet fighter cockpits. Incredibly the production didn't just mount a single camera there, it found room for an array of them; six, to be precise.

The VENICE array was made up of a combination of full size camera bodies as well as the Rialto extension system, which effectively separates the sensor and lens system from the primary camera body. Each camera used a different lens to ensure a variety of shots, and the system was operated by the actors whilst the planes were in flight.

The decision to use VENICE for this purpose is pretty clear to see. Not only is there the flexibility of the Rialto extension system, but the camera is also IMAX certified, which for a film like Top Gun: Maverick, would be of primary importance upon the film's release.

It's an interesting thing to contemplate, that even at the top echelons of Hollywood, when it comes to using cameras for stunt and action sequences, filmmakers are often using many of the tools that are easily available to independents, including the lenses. The even more interesting thing to contemplate is that these devices are often now deemed good enough, and close enough in quality to the A-cameras that they can be used without restriction on productions that demand the absolute best image quality possible.