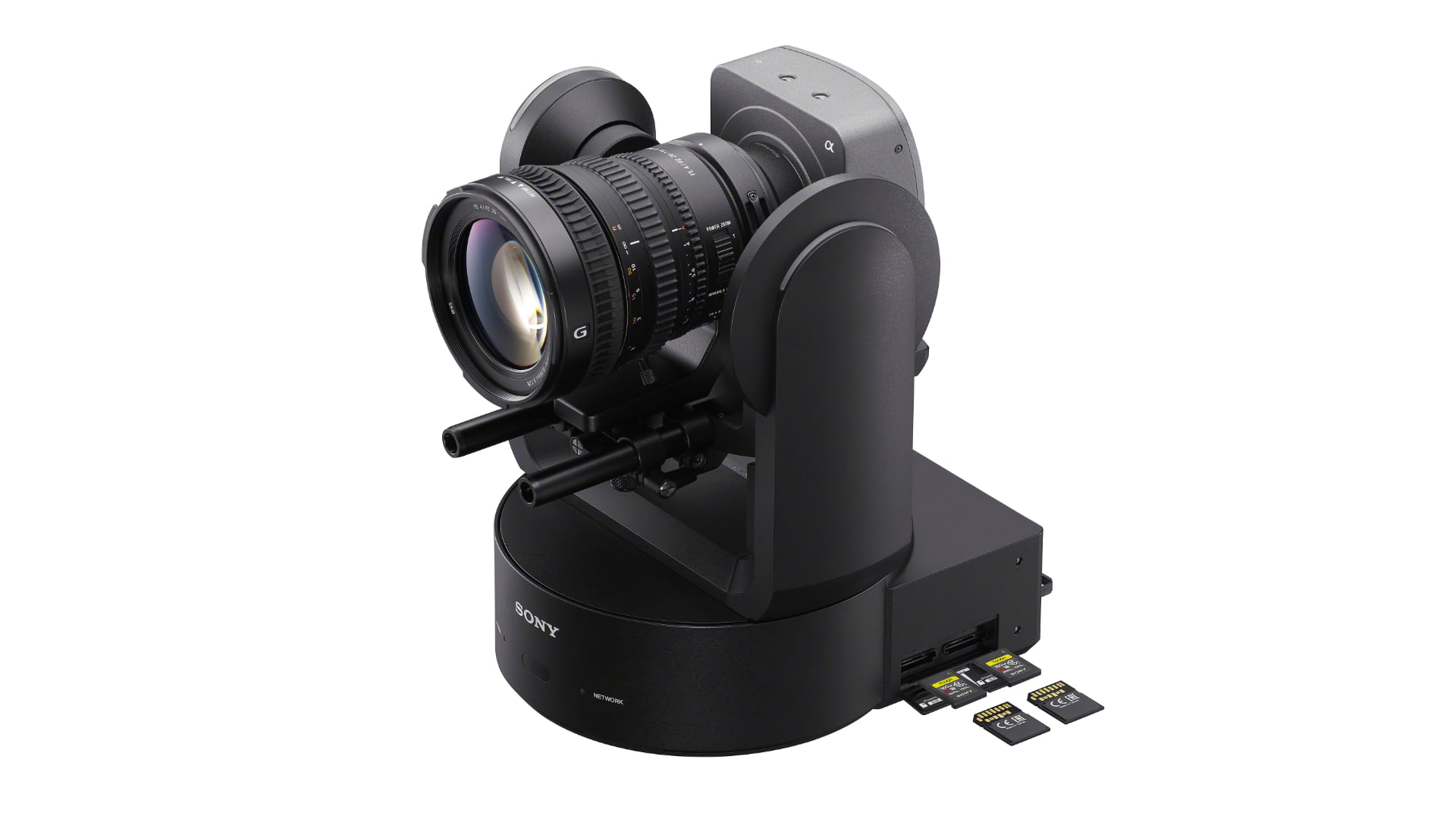 Sony’s new FR7 PTZ camera has blown the PTZ market out the water with what is the industry’s first full frame, interchangeable lens PTZ camera.

Sony continues to expand its FX camera Cinema Line, but with the introduction of the FR7, the company has expanded the line “horizontally” as representatives told media in a pre-announcement product overview.

The ILME-FR7, to give it its full name, is the industry’s first full frame, interchangeable lens PTZ camera. A combination of cinematography with robotics and AI opens new possibilities for a variety of shooting environments from tight areas less accessible by camera and operator to houses of worship to talk shows, cooking, OTT content, livestreaming or even the more traditional uses of PTZ cameras.

With its Cinema Line designation and characteristics, footage from this full-frame camera will cut perfectly with the current Cinema Line cameras FX3, FX6, FX9 and Venice. In fact, the FR7  is functionally the FX6 camera in a PTZ form factor. It boasts 15+ stops dynamic range, extended ISO up to 409600, dual ISO 800/12800 and records up to 4K 4:2:2 10 bit video in standard rec 709, SLog3, HLG and in Rec709 features the S-Cinetone gamma for less grading in post. To reduce rolling shutter, it employs a 10.2 megapixel sensor and the same BionZ XR processor as the FX6.

Like the FX6, it includes Sony’s electronic variable ND.

In order to accommodate longer, heavier lenses, it has built in rails. With longer lenses such as the Sony 100-400 GM or larger optics, tilt range may be slightly dimished due to the size of the lens. And it supports Sony’s servo lenses for remote zoom capabilities.

The camera itself comes on a base module which has 2 card slots for CFExpress Type A or SDXC cards. Connections include SDI out, Optical out, HDMI out, XLR audio in, Genlock RTSP, SRT and LAN. NDI|HX is supported via a separate license from Newtek.

The camera is controlled either by a Web App or by the existing Sony RM-IP500 external PTZ controller, which will be updated via a firmware update at the time of camerea delivery.

The advanced robotics allow smooth and quiet PTZ functions (no noise levels were available at the time of this briefing) with up to 100 preset camera positions, tally lights and a supplied IR remote. The genlock capabilities allow multicam applications.

The camera itself has a tilt range from -30 to +195 degrees or when ceiling-mounted from -210 to +15 degrees. Pan and tilt operations are at up to 60 degrees per second.