Technology in the next decade will accelerate faster than the last 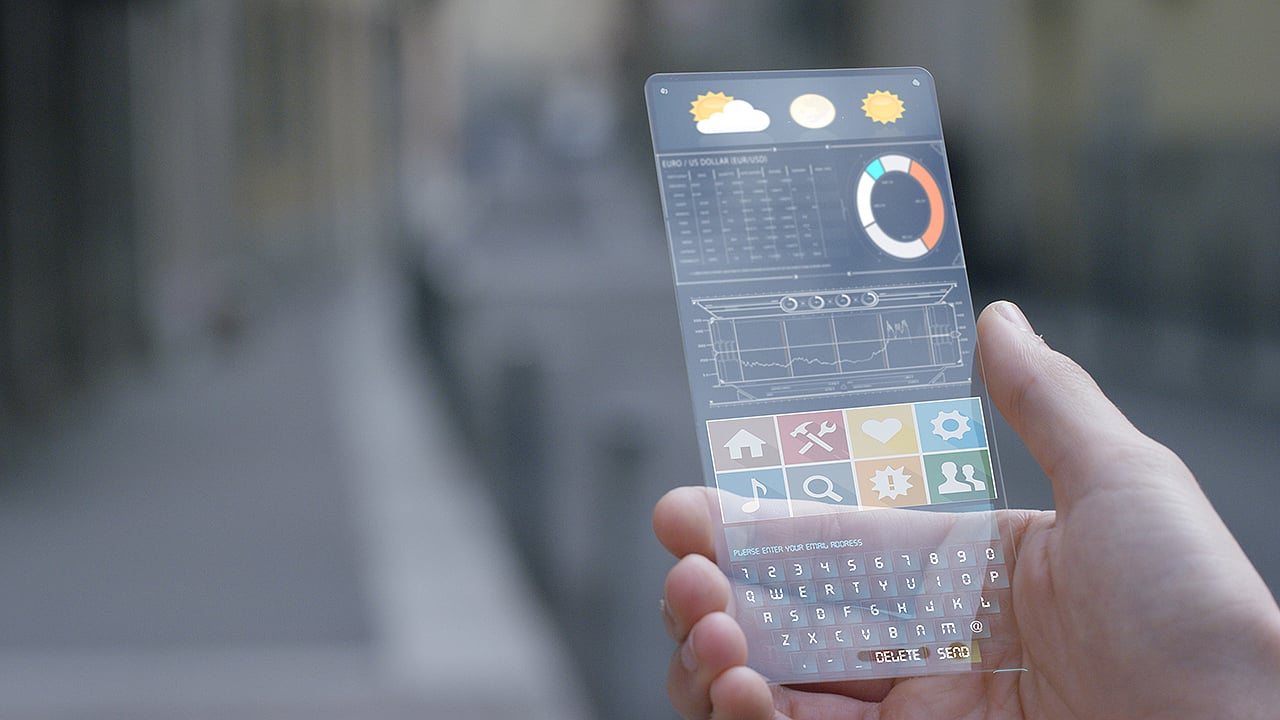 Transparent phones are impractical, but we will see other huge developments. Image: Shutterstock.

We have often discussed cameras in terms of being ‘good enough’ for a while now, where any improvement from here on in is very incremental. But things are moving faster than you think, and they are set to move even faster.

This last decade has been a bit of an outlier. Whereas at one time not so long ago technology from only a few years previous would have been dated, you can now use, what in tech years would be considered to be from the Stone Age and still do most of what you need it to do.

Picture this. You’re living in 2012 and you needed to get some video editing done, but all you had was a computer and editing software from 2002. If you’re Mac based, the first version of OS X was only released the year before your computer. This was the year in which you could have an iMac with 800MHz processing speed, or a G4 PowerPC tower with up to 1.25GHz speed. Wowsas.

By 2012 you could have options available to you such as a shiny 27-inch Core i7 powered iMac or a 12-core Mac Pro tower. The difference in power between those two years was absolutely immense. And it wasn’t just processing power that had increased, but the maturity and sheer capability of the software.

Now let’s transpose this to now, in 2021. While we have had some big advances in software and processing power, you could have a powerful tower from 2011, upgraded with SSDs and a more modern graphics card and still edit 4K video footage in ProRes without completely tearing your hair out.

Granted, it would be less responsive than a bang up-to-date machine and heavy grading might be out of the question, and you might not be able to install the latest OS if you're on a Mac, but the point is that you wouldn’t notice the leap from 2011 to 2021 anywhere near as much as you would from 2002 to 2012.

This is even more starkly illustrated with cameras. In 2002 a 'prosumer' camcorder would be something like a Canon XM1, a digital tape based standard definition 4:3 system. By 2011 the Sony EX1 and EX3 were already four years old and yet they were still top performers. Fast forward again to 2021, and while the EX series was only 1080i/p HD, you could still use the cameras now and get great results that, if shot well, nobody would really question the quality of. The Sony PMW EX series was a watershed moment in terms of affordable professional camcorder picture quality. 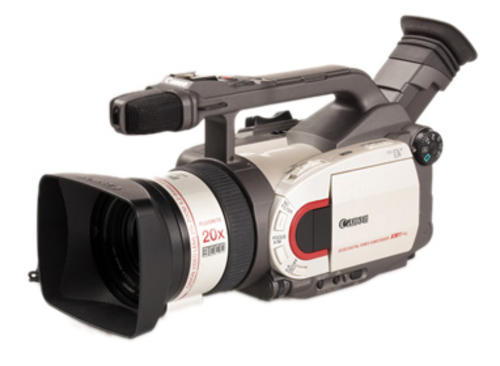 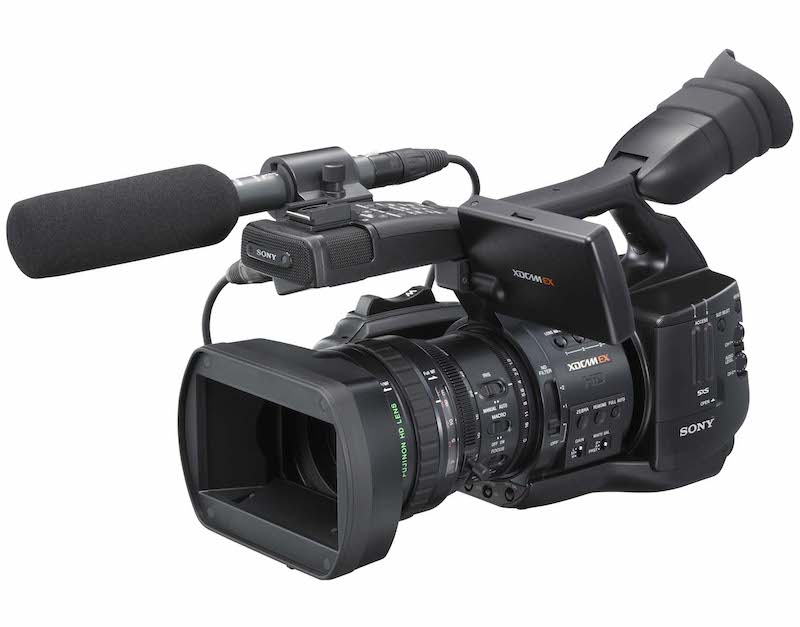 In less than ten years we went from the Canon XM1 (top) to the Sony PMW-EX1 (Bottom).

More recent cameras offer more compactness and much better low light capabilities. But in ideal lighting, aside from the HD/4K aspect, many older cameras, particularly large sensor equipped models like the Sony PMW-F3, can still produce a wonderful image, even by today’s standards. There is absolutely nothing stopping you from creating a visual masterpiece with such a device, even if you are limited to HD. This is even more relevant to consider given the percentage of videos that are viewed on mobile devices.

It does appear that technology tends to develop much more incrementally now. Year on year we see small improvements, but the time 10 years has passed by we can see clearly the tangible benefits. But this is still not the same pace at which we saw development literally leap exponentially in the first decade of the 2000s. That was a period of time where we went from SD CRT displays and TVs being king to 4K just about beginning to creep in. We went from, by current standards, pretty woeful SD camcorders like the XM1 to large sensor interchangeable lens palmcorders like the Sony NEX-VG10  and the first VDSLRs.

New tech is an amazing thing, and the capabilities of a device like a phone are now quite incredible. In the last decade this is where advancements have been most noticeable from an imaging and processing perspective. But even here you could take an older smartphone like a 2015 iPhone 6s and take an impressive photo in raw format, and it would be the same resolution as that found on the most current model. In fact it was capable of such a good job that even now when I’ve been searching through old raw images without looking at the EXIF data, I have had to question whether I took a given picture on my ‘proper’ camera or my old phone.

Is technological development slowing down?

So does this mean that technological development is slowing down? It might appear that way, but it isn’t really true. If we look at sledgehammer specs like pixel counts and noise performance there will always be limits placed on some forms of advancement by the laws of physics. Most truly groundbreaking developments now will be in the form of number crunching and image computation. Apple’s ProRAW stills format is a great example of what computational photography can achieve with a small sensor. Now imagine that sort of power being utilised for realtime video on a large sensor camera. Low light performance would be astounding, to name one advantage.

Of course it isn’t real low light performance, but if it gets the results, does it really matter? It’s faster and faster processing that gets us those sorts of advances. We can also bank on the fact that eventually we will see highly accurate realtime depth mapping, which could in many respects spell the death knell for needing a large sensor due to accurate DOF simulation. At least at a consumer/prosumer level. Again, if we see reliable results, what’s not to like? Because companies have now figured out ways to include supplementary sensors to give much more data for the computational imaging system to work with, we are now at a point where things can accelerate once again.

We will see those advancements in the next decade much faster than you think. My prediction is that by 2030 our current devices will appear much more out-of-date than many devices from 2010 looked in 2020 as the assistive technologies by which we capture images advances considerably. 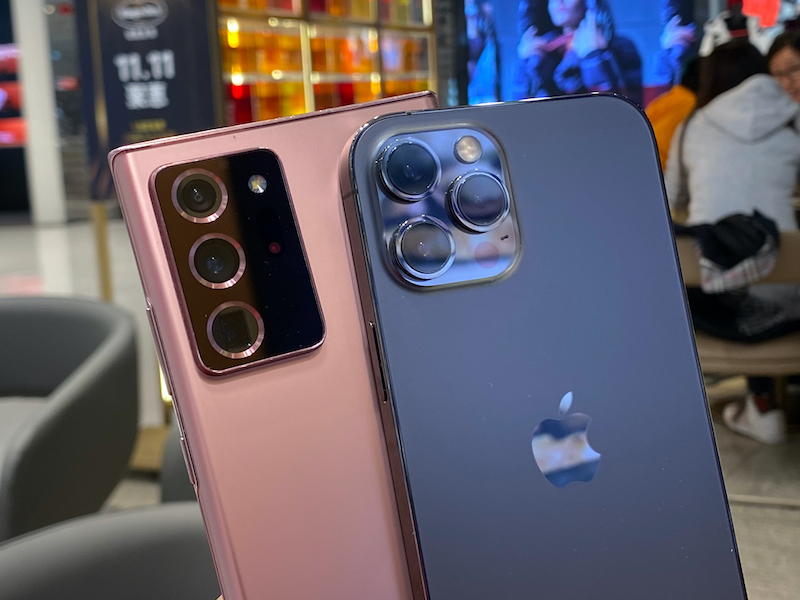 One particular instance of this is LiDAR. Now included on the latest iPhone 12 Pro, this will trickle down to lower models in the next year or two, as well as to other manufacturers. It will also increase in resolution, and once that begins to happen there will be another step change in how mobile cameras work. Put a LiDAR onto a camcorder and you really start to make progress with things like keying. Assuming of course that you have storage and processing that can process LiDAR point space in realtime while recording video. If we reach a point where the LiDAR sensor can record accurate data at a much higher framerate than the main video sensor we are then at a point where computational slow motion can be much more accurate.

LiDAR is not precise enough right now with small sensors, but for those who write off any possibility of it improving drastically in the next ten years, let's just make a virtual wager shall we?

Battery tech, the elephant in the room

The big elephant in the room however, is battery tech. However even here we are seeing much more emphasis on energy efficiency. Recent ARM based computers have shown us just how much power you can cram into a portable machine while retaining long battery life. And while the idea of new battery technology is often scoffed at, mainly because there seems to be a new one announced every week, which then goes on to do, well, nothing, things are still being looked at. Some of them even have real promise.

We might not reach the panacea of cold fission powered products, we will get more efficient batteries that charge much, much faster than they do currently. A phone battery that charges in less than 1 minute anyone? That might not be far off.

Unfortunately what won’t change is the FOMO of owning last year’s model as the new stuff is released.