Avakin gives a glimpse into a multi-platform future 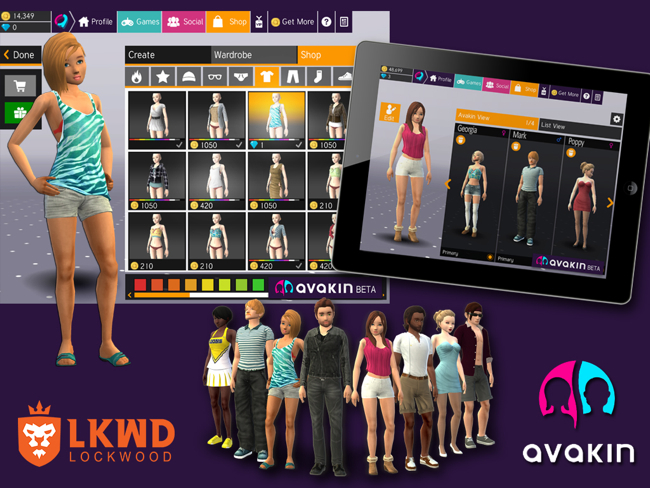 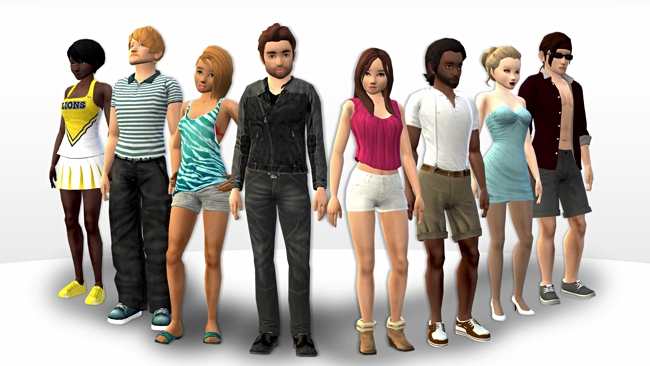 Avakin gives a glimpse into a multi-platform future

Lockwood Publishing is quietly pioneering a revolution in mobile gaming, which has implications way beyond the gaming universe, writes David Valjalo

"We felt the time was right for this kind of project," says Lockwood Publishing's co-founder and CEO, Halli Bjornsson, and it's hard not to agree. It's a simple idea - a program and platform for the creation of unique 3D avatars to be used in and across a range of titles on a multitude of mobile devices (and within browsers) - and a potentially revolutionary shot fired in the war on over-complicated account management. It's a glimmer of hope for users tired of having to memorise and navigate logins for everything from Maple Story to Game Center. The nearest existing relative to Avakin is arguably Nintendo's Mii program which allows users to socialise and appear in-game with a single character model; a way to personalise the experience and deliver a persistent identity for players across the experience.

The unified "one platform" future for the gaming industry may still be a dream, but there's no reason an infrastructure like Avakin can't unify our gaming achievements if it's embraced by enough platform-holders, and the sense is that it'll take a third party like Lockwood, free from the competitive restraints of a big publisher or manufacturer, to help make that happen.

If such a unification of our achievements and gaming avatars sounds like a dream as the walled-gardens of iOS, Android, Xbox Live, PSN and MiiVerse slog it out (not to mention game developers' own platforms like EA Origin and Ubisoft's Uplay), it's worth looking at Lockwood's pedigree and position.

The Growth of Lockwood Publishing and the Plan for Avakin

"We started out in 2005, just three of us," Bjornsson tells me from an office space that now hosts his 40-strong workforce labouring on a range of projects supporting Avakin. The initial plan is to build Avakin its very own eco-system of titles, but the wider applications aren't far from Bjornssen's thoughts: "The potential for other developers, publishers and platform-holders to adopt Avakin is certainly there for the future", he explains, "and it's built on Unity 3D so clearly its very adaptable. It's very early days and that's something we'd like [to see happen], but initially it's about finding our feet." 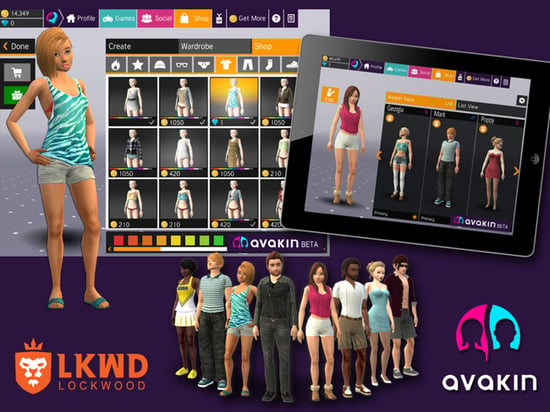 Why Avakin is a Natural Progression

Bjornsson and Lockwood Publishing co-founder Joel Kemp have a track record that reminds you that Lockwood aren't in the game of uninformed risk-taking. When things weren't going so well at Moto GP developer Climax, the duo set up Lockwood with the burgeoning Facebook gaming market in mind. After some trial and error they spotted a space that could accommodate both their skillsets as developers and Bjornsson's unique background in architectural design: PlayStation Home. Designing the spaces within and delivering content for Home, Lockwood built a library of content (including Sodium and its sequel) that made them experts in online hosting and content. "We could see Home was a great space for publishing games, selling virtual items, so we made suggestions, built it up and started publishing on it ourselves," says Bjornsson.

Avakin feels like the natural progression of the third party work Lockwood was perfecting on Home - "a social extension of playing games" is how Bjornsson describes the Home experience - and it's an embodiment of the lessons the team learned crafting content and spaces for Home and its wide audience. It's also symbolic of the closing gap between mobile processing power and more traditional console-based gaming that Bjornsson and Kemp now find their roots in PlayStation development, reaching back as far as 1995, suddenly coming in very handy. "The gap is certainly closing, for sure," says Bjornssen. "We couldn't have done this previously." 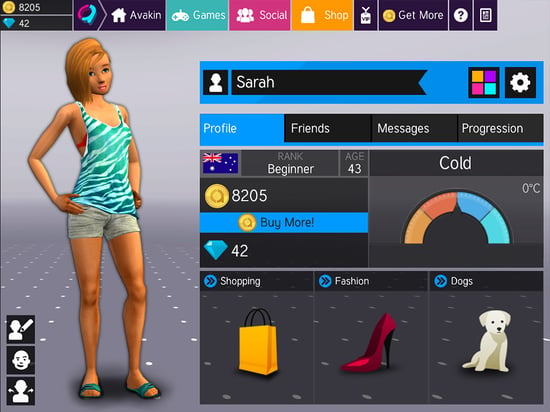 The Launch and Future of Avakin

The soft-launch of Avakin has started in the UK, with Avakin Poker, but don't be surprised if the range and variety of Lockwood's content ramps up considerably in a short time post-launch.

"We're open-minded with it, we have to be," say Bjornsson. "We have a big catalogue of unused content from our time on Home and we want to utilise that for our own audience. It really depends on our users, our community, that will determine where we go with it [in terms of content]. That's key."

One of the biggest innovations of Avakin is that it's been built with cross-platform play in mind. A player riding the train with an Xperia to hand, for example, can easily compete with a player sat at their desktop at home.

This type of cross-platform experience is one that developers from outside the games industry will be watching as well. Broadcasters and publishers could all benefit from such platform agnosticism, as well as the levels of engagement that an Avakin-like experience brings with it.

If there's a problem facing Avakin, at this early stage, it's that it's so young. As such, the ecosystem of games and devices hasn't yet been proven or established. But as with Lockwood's PlayStation Home success, it's only a matter of time before the team has the pedigree and portfolio to make Avakin a virtual world worth investing in - both for players and publishers - and not just another walled garden.