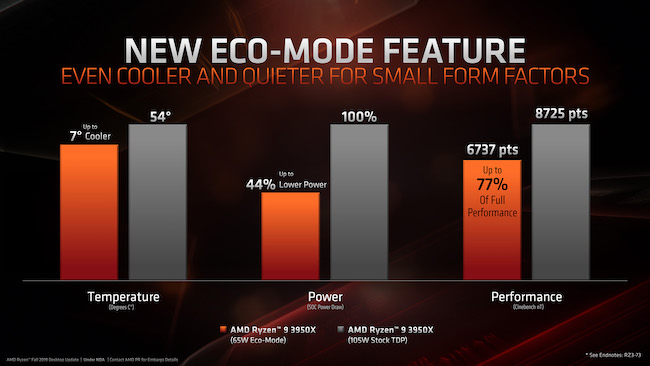 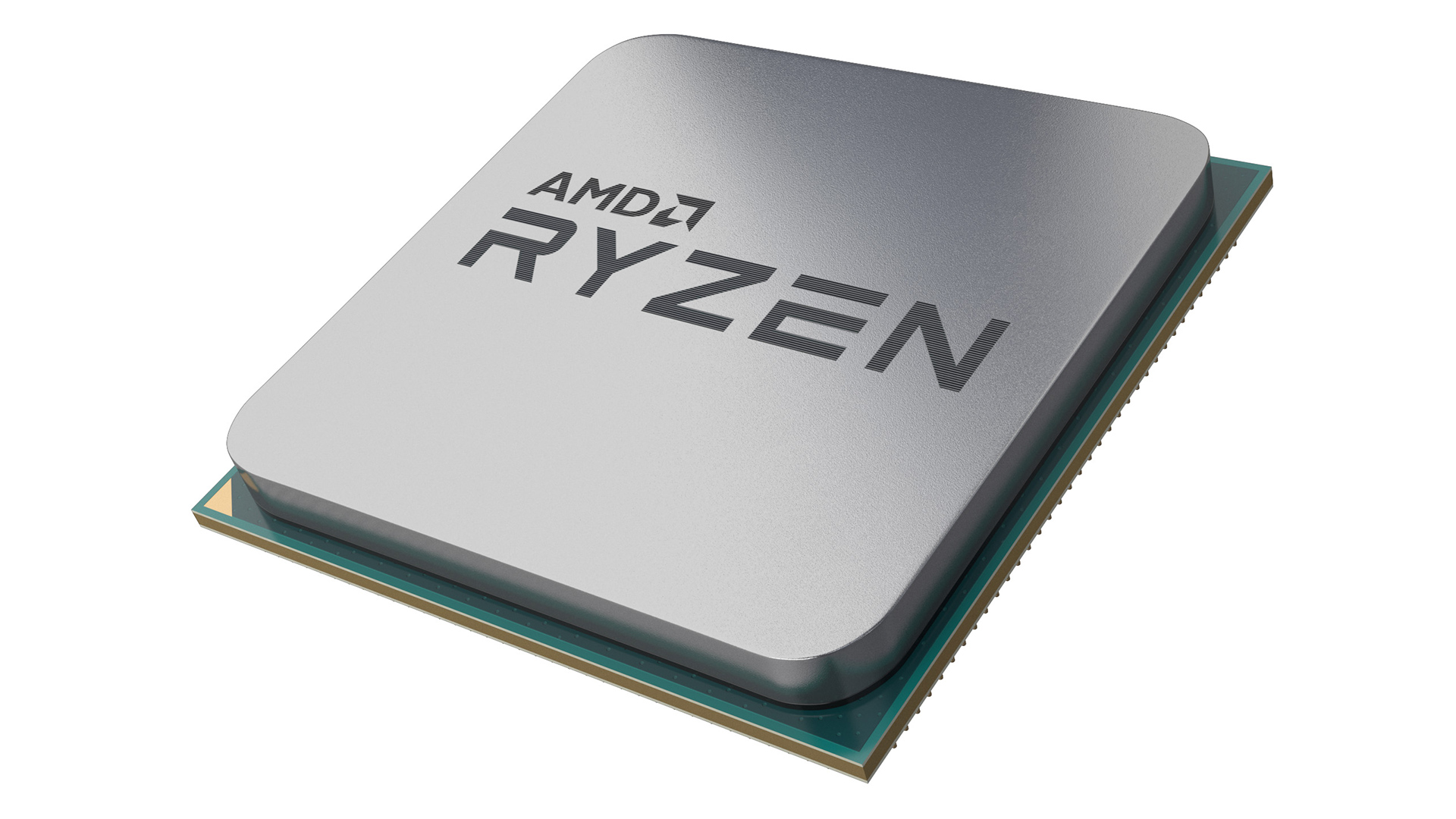 Ryzen 9 3950X was announced back in June and we already know almost everything about it apart from confirmation of its performance. The new 16-core part rounds out the AMD product stack and is a natural fit with the X570 platform and PCI Express 4.0 storage and graphics.

Originally due in September, and then delayed to early November, we now have an on-sale date of 25th November. We are confident the reason for the delay has been AMD’s success with EPYC and their inability to squeeze more 8-core chiplets from TSMC. EPYC sells for serious 4-figure prices so the US$749 Ryzen 9 3950X has had to wait until supplies had improved.

We were interested to see that AMD is claiming the single thread performance of Ryzen 9 3950X is fractionally better than the 12-core Ryzen 9 3900X, which suggests the 8-core chiplets in the new CPU are as good, or better, than the 6-core chiplets in Ryzen 9 3900X. That may be perfectly true but we won’t know about performance until we get the chance to benchmark the CPU. The gap between the Base speed of 3.5GHz and the Maximum Boost of 4.7GHz is so wide that you may see clock speeds of 4.1GHz, 4.2GHz or 4.3GHz under sustained workloads when you render videos, so the devil will be in the detail. It is truly impressive that AMD is about to deliver a 16-core desktop CPU at a time when Intel tops out at 8-cores on LGA1151. 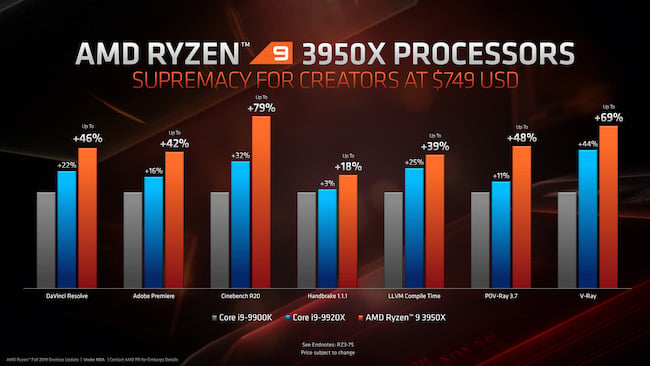 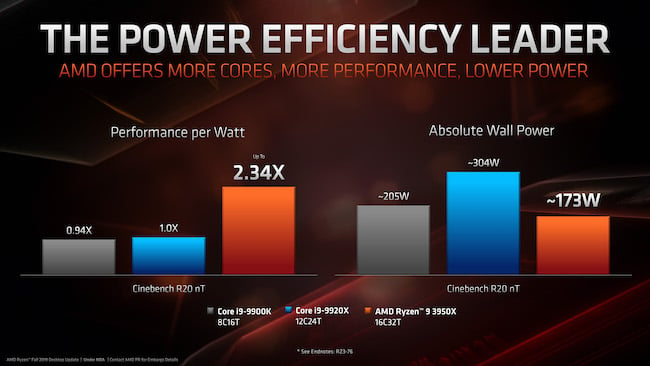 AMD will also launch a new version of its Ryzen Master software that adds a feature called Eco-Mode for Ryzen 3000 CPUs. Eco-Mode allows you to configure your CPU downwards by one rung on the TDP ladder so your 105W Ryzen 7 3800X could be set to run at 65W and then when you need extra performance you simply switch Eco-Mode off. 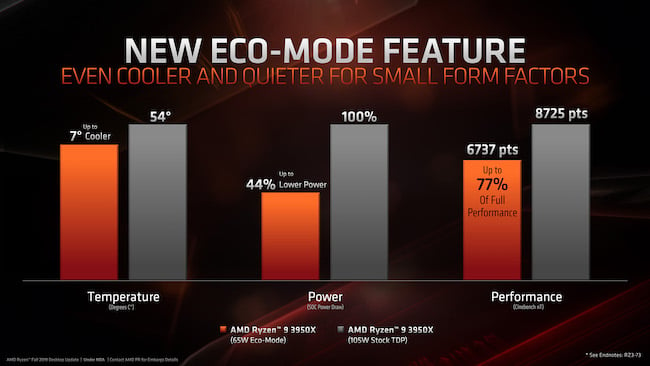 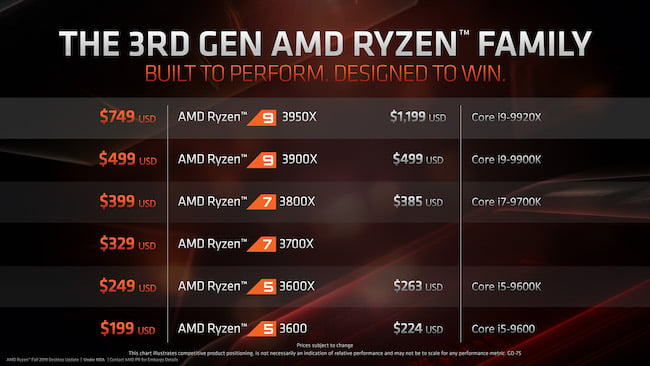 With X399 the connection between CPU and chipset was 4x Gen 3 PCIe lanes and this has now doubled with TRX40 to 8x Gen 4 lanes in each direction. TRX40 has a total of 88 lanes of PCIe bandwidth and when you deduct the 16 lanes of interconnect you will see that leaves 72 useable PCIe lanes for storage, expansion cards and graphics.

AMD is keen to point out that they offer 16GB/second of interconnect while Intel DMI has 4GB/sec.

You can carry over your existing Threadripper cooling solution, provided it can handle the 280W TDP of the new 3960X and 3970X CPUs, so anyone upgrading from Threadripper 2970WX or 2990WX should find it plain sailing.

AMD has stated that 2nd Gen Threadrippers will continue to be on sale so X399 is not yet End Of Life. 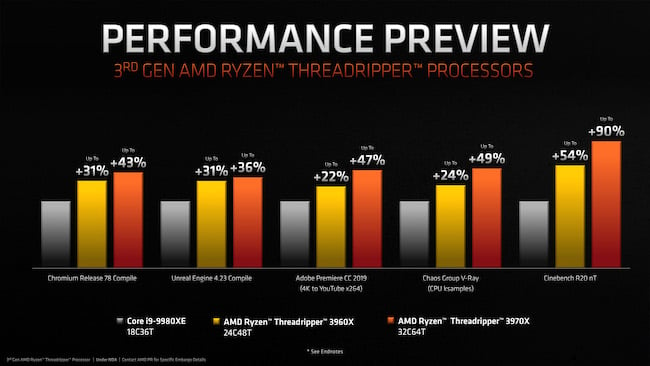 The specifications of the two processors will sound familiar as the 3960X packs 24 cores and 48 threads and the 3970X has 32 cores and 64 threads. This is Zen 2 architecture so we expect to see improved clock speeds over Threadripper 2000 and also improved Instructions Per Clock. We are told that support for faster DDR4 memory will be included and when you take those points together we should see a leap forward in performance.

The 32-core 2990WX would typically run at 3.2GHz on all cores on a weak motherboard or more like 3.5GHz on a strong motherboard. Overclocking would take you to the range of 3.8GHz to 4.0GHz on all cores with a CPU power draw of 450W. Please note that is CPU power rather than system power. By contrast the new 3970X has a Base speed of 3.7GHz and a Maximum Boost of 4.5GHz so we could be looking at an extra 500MHz.