Cray Shasta is a new supercomputing platform capable of an eye watering 1.5 exaflops 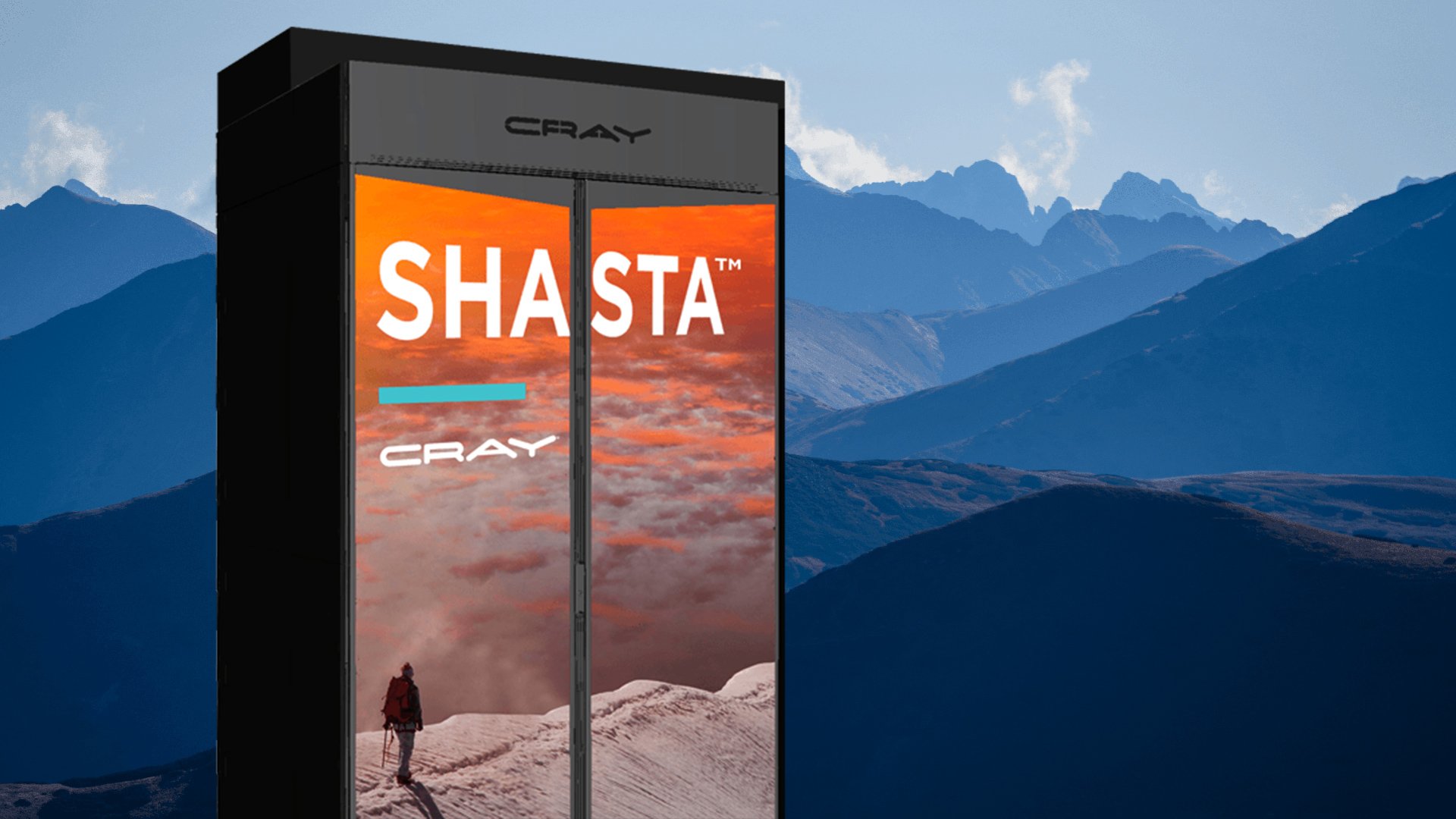 Cray is one of the most recognized names in supercomputing during its heyday. It developed phenomenal interconnect technology and sold some of the highest performing supercomputers of its time.

As computers became commoditized, Cray faded from the public eye.

Last fall, Cray announced the new Shasta supercomputing platform, showcasing a new high scalability interconnect that it says supports both supercomputers and clusters. Imagine AMD’s Infinity Fabric, but scaled up to support a large collection of ThreadRippers in a single box and a cluster of such boxes at the same time, and you pretty much get the idea. Unlike Infinity Fabric, it’s an ultra-high-end solution to a very problem mere mortals rarely face: exaflops.

Cray is working with Oak Ridge National Labs to build and deploy the Frontier supercomputer based on the Shasta platform, targeting 1.5 exaflops. It’s expected to be the most powerful supercomputer in the world.

If you’re wondering why this matters to Red Shark News readers, it’s because of who is building the processors: AMD.

These aren’t going to be standard, off the shelf parts; they’re custom EPYC and Instinct processors made specifically for high performance computing. In particular is a custom Infinity Fabric connecting four Instinct GPUs to an EPYC cpu per node. Infinity Fabric already has excellent low latency and high bandwidth performance, but in commercial products only links multiple EPIC chiplets together.

Equally significant is that Cray and AMD are collaborating on an open source programming environment called ROCm to help developers make use of all that computing power.

It might be small news for those of who will never be using one of these, but it’s a huge win for AMD, and also a sign of how far AMD has progressed that Cray selected AMD over the usual suspects including Fujutsu, NEC, and Intel.

HPC contracts like this are typically very lucrative, because these are one-off custom designs rather than high volume designs. However, these one-off designs do sometimes end up being turned into commercial products, and it’s easy to imagine the benefits of a workstation with four Instinct GPUs connected to an EPYC CPU. If such a beast makes it to the workstation market it would most likely be scaled down in order to be affordable, but could still quite easily offer performance to overtake even the most extreme Intel + nVidia combination. Add a highly optimized programming toolkit and that computing power becomes accessible to ISVs like SGO, FilmLight, and Black Magic.

Even if these custom compute nodes never become mainstream or even workstation parts, the income and prestige will certainly help AMD in its quest to become financially stable enough to raise the level of its R&D efforts.