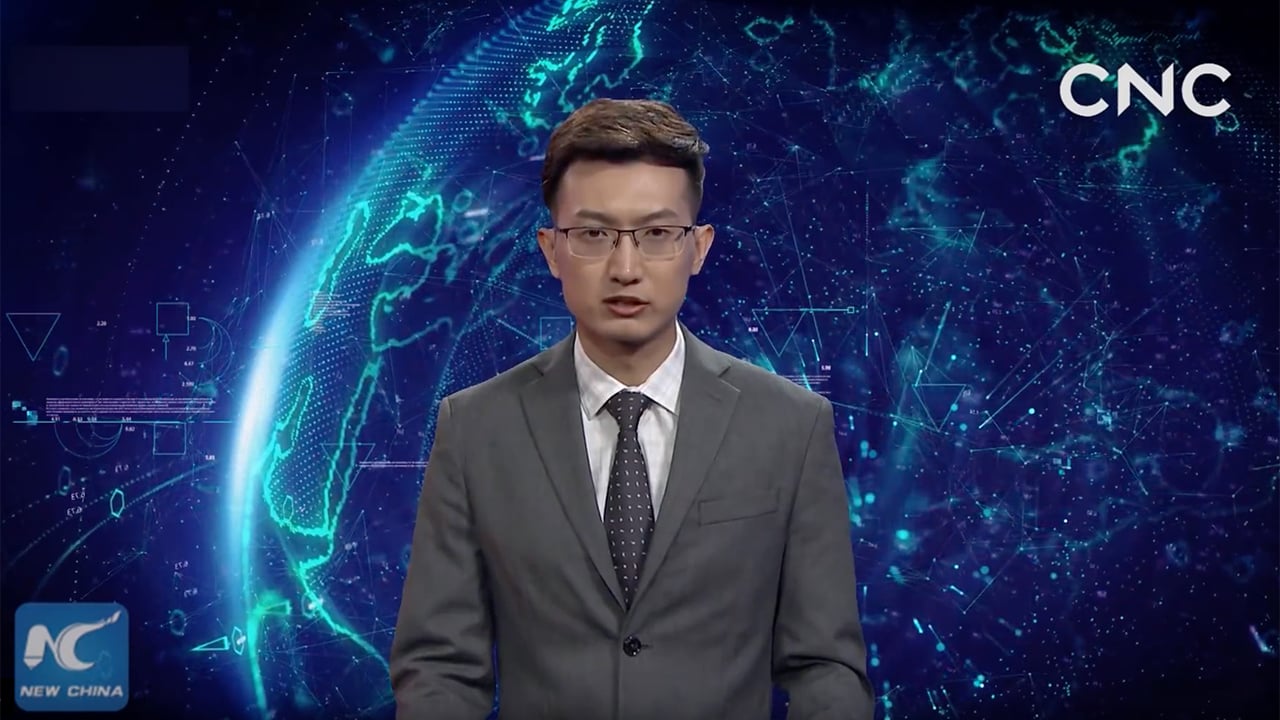 A recent unveiling of a 'photorealistic' AI newsreader on Chinese television is both fascinating and unnerving at the same time. How far will this go?

In the week that a Fox news anchor actively campaigned for President Trump while condemning all journalists as “fake news” the Chinese have unveiled an AI-driven humanlike news reader.

You couldn’t make this up.

Except that of course you could. That’s the (scary) point.

To be fair they weren’t hiding its origins – although with such an obviously robotic delivery reminiscent of Thunderbirds’ Captain Scarlett CG animation they can’t yet pull the wool over anyone’s ears or eyes – yet.

“Hello, I am an English Artificial Intelligence Anchor,” the digital presenter informs at the beginning of its first English-language broadcast. "I will work tirelessly to keep you informed as texts will be typed into my system uninterrupted.”

Neither are quoted anywhere giving their impression of what this means for their actual jobs.

That’s despite the cost savings which is ostensibly what Xinhua is aiming for.

Xinhua says the virtual presenters can “work” round the clock on its website and social media channels, “reducing news production costs” learning from live broadcast videos and reading “texts as naturally as a professional news anchor.”

Not yet perhaps, but eventually.

AI and ML is being introduced into news rooms everywhere, not just China. Bots can scour social media, for example, and clip up stories far quicker than any human, but sections of Chinese media seems to have embraced it more than most. Perhaps that’s a function of the vastly larger audience it needs to reach.

Xinhua is rebuilding its entire approach to news gathering and dissemination around a “Media Brain” which integrates cloud computing, the Internet of Things and AI into news production, with potential applications “from finding leads, to news gathering, editing, distribution and finally feedback analysis” it stated in a release which may or may not have been written by a human.

The Press Association in the UK has been doing similar. It has worked with Urbs Media to deliver hundreds of semi-automated stories for local newspaper clients.

Of course, it couldn’t really happen here. The BBC is the most trusted news brand among American viewers, according to research by Brand Keys published in August.

The same research disturbingly found that Fox News was the most trusted US news channel by a country mile with Hannity’s programme the most watched news show.

That’s all well and good but conspiracy theorists will already be saying that ‘charismatic’ BBC stalwart newsreader Huw Edwards is in fact an AI that has been perpetuating the BBC’s liberal agenda for a decade.