Nvidia proves the Moon Landings were not a hoax — again 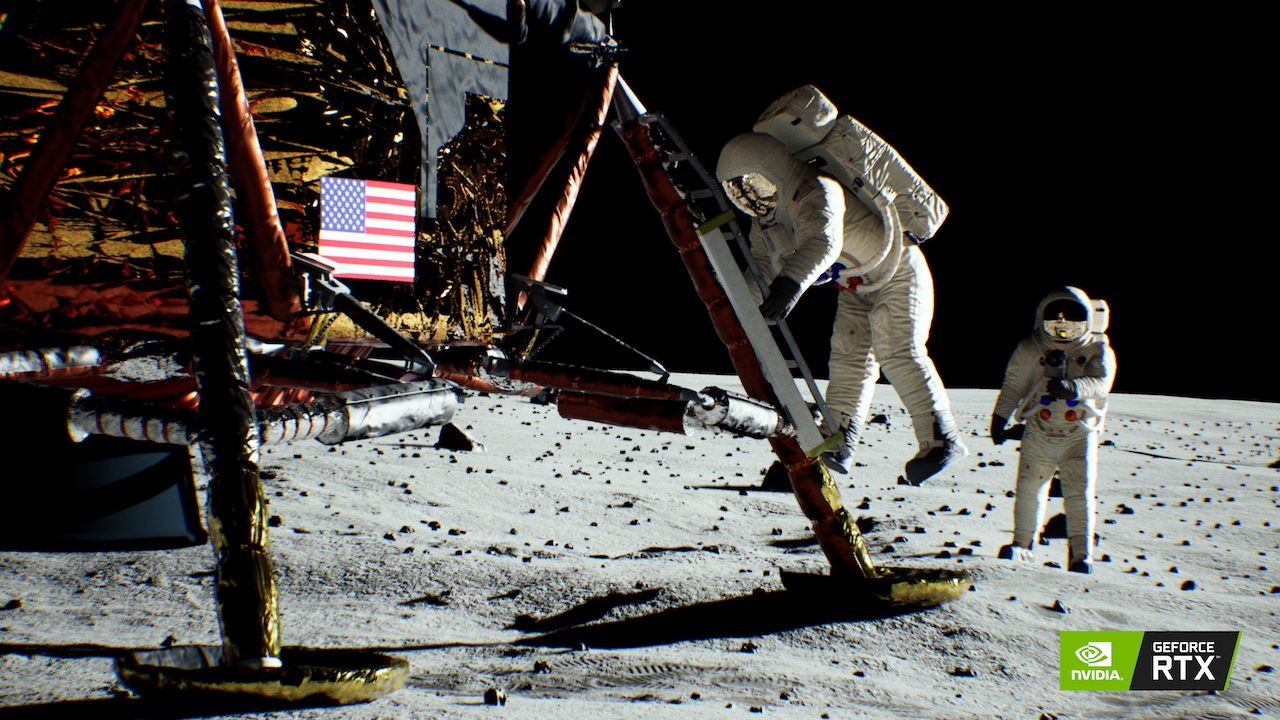 This pic is a fake which proves the real one is real. Got it?

In a slightly saner world they would probably only have to do it once, if at all, but Nvidia has updated its conspiracy theory debunk by proving once more that the Moon Landings really happened.

Back in 2014, Nvidia used its then cutting-edge GTX970 and GTX980 GPUs to realistically render the way light behaves on the Moon and prove that several of the lunar photos taken by the crew of Apollo 11 were a) real and b) taken on the surface of another celestial body.

Conspiracy theorists had cast doubt on at least one famous picture of Buzz Aldrin descending the ladder of the Lunar Lander, saying that he was too well illuminated considering he was in the vehicle’s shadow at the time. Nvidia managed to render the light in precise detail, and when the team included everything (and, in turn, realised that ‘everything’ had to include the light reflected into the scene from Armstrong’s camera) yes, indeed, the rendered image looked just like the original.

Four years later, with new Turing-based, more powerful units (not to mention a big Hollywood film in the world’s multiplexes to peg a bit of publicity on), Nvidia has reconfirmed what it found out in 2014: only this time it rebuilt the scene of the moon landing in Unreal Engine 4 and delivered the results in realtime.

“Prior to RTX technology, only special effects rendering farms working for weeks or months on a single scene could manage this,” wrote the company in its blog post on the subject.

This is all illustrated in the brief video below. And there, really, the matter should lie. Except you can’t help feeling that Nvidia didn’t exactly help matters with the conclusion to their blog post

“Either the Apollo 11 landing is real. Or NASA figured going to the moon was too hard, built a time machine instead, and sent someone 50 years into the future to grab an NVIDIA RTX GPU.”

Out with the tinfoil hats again…