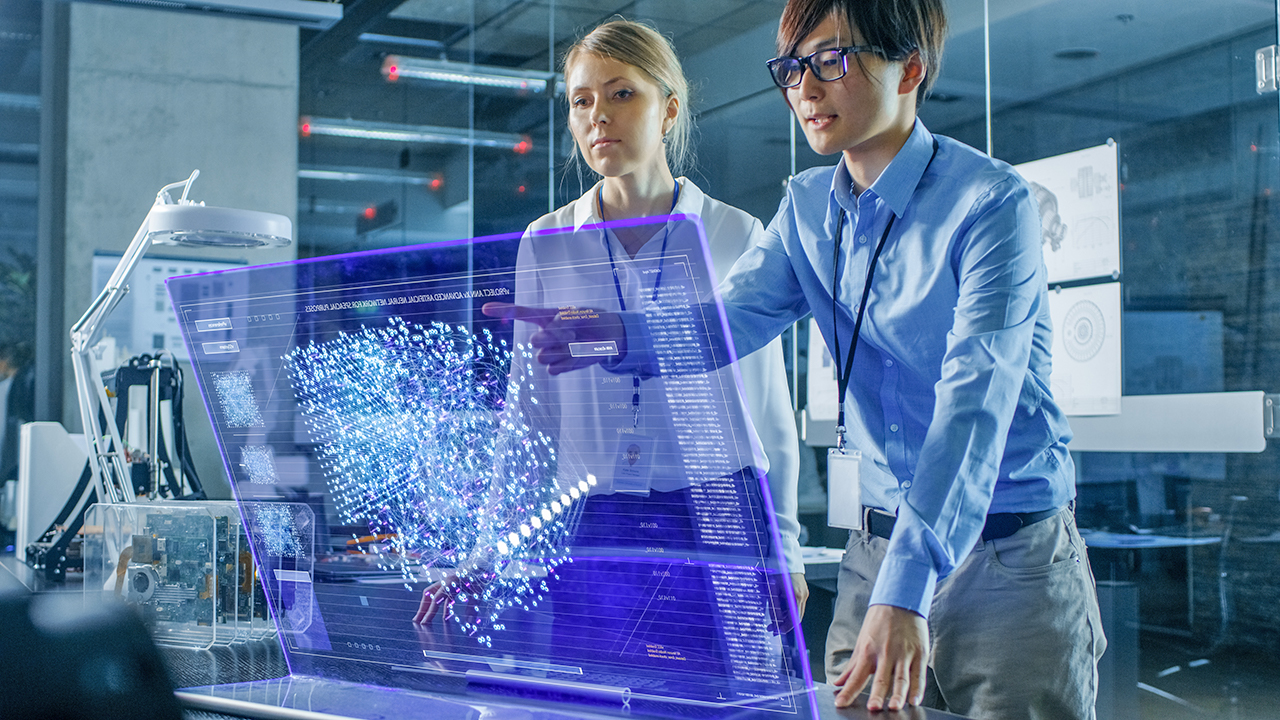 Replay: There are some ideas that appear in both science fiction, and as real concepts from technology manufacturers, that really are a bit useless when you really think about it.

A full 3D projection that you can walk around sounds like an amazing thing, and it is a Holy Grail in some ways for developers to work out how to do. We are getting there, and we have displays such as the one that is forthcoming on RED’s Hydrogen phone. But a true 3D holographic projection like we see in Star Wars, or even in the Holo-room in Star Trek, is a long way off.

But the practicality of it is also in doubt. One of the major issues is making the light totally opaque. I don’t really want to be watching my entertainment while still being able to see the furniture in the room I’m in through the light projection. It might well be a cool effect, but ultimately it would be very annoying, and as a result it would be a great big step backwards in fidelity from what we have now.

This goes for holographic user interfaces too. It looks great, but without some sort of haptic feedback it’s just, well, weird. Cool. But weird.

In actual fact there is a much more practical argument to be had for a ‘reverse’ 3D display, one in which objects go ‘into’ the screen rather than appearing to be sticking out of it. One such application is for HUD systems in cars so that no glass projection is required and could be combined with the flexible displays below. An effective HUD works by the display information appearing to ‘float’ beyond the windscreen (or aircraft cockpit window). This is so that the driver or pilot’s focus doesn’t have to change to see the information.

Imagine if this was a true 3D projection. A car could place a 3D ‘AR’ road overlay onto the display when driving in fog for example, with AR car outlines of other approaching vehicles. Satellite navigation guidance would also be clearer with AR directions appearing to be projected directly onto the road. And it would all appear to be part of the environment rather than just a flat two-dimensional overlay.

Projecting towards a viewer is a gimmick. Projecting ‘into’ the screen has a lot more uses beyond that of just entertainment.

Ahh, the flexible foldable display. A way to really make things thinner and easier to stash in your pocket, and in fact now a reality in buyable devices. But they aren't flat when folded, and they aren't paper thin, yet. Let’s just forget about how creased such a thing could become, the complete lack of a headphone jack that internet keyboard warriors will complain about, or the ease at which it could be crushed for a moment…

As we've seen with present foldable devices, sure, you can make a phone with the same size screen as existing devices, but by making it foldable you are also doubling the thickness when it is in stowage mode. Or you could make a big screen, but have the device fold up to a similar dimension to existing phones. But all this gets you is a device that is the same length and width as now, but double the thickness and possibly weight. And if you want a totally clean fold the screen will effectively have a great big visible crease in the middle of it.

The current foldable display devices keep the folded portion curved, which is all very nice, but it just makes the hinged end even thicker still. With space at a premium already inside such products, why waste a load of it just so you can have a hinged area?

Would this really be progress? Or it is just putting technology into a device because it sounds like a great idea at the time? Shouldn’t new technology give us tangible advantages, rather than giving with one hand and taking with the other?

Invariably technology such as this ends up being used in ways that go well beyond widgets like foldable phones. Instead flexible touch screen displays can be incorporated into weird and wonderful advertising displays, or into car windows and dashboards and such like. In whatever way flexible touch screen displays find their way into mass usage, it is likely to be in a much more useful way than simply in our phones.

Wouldn’t it be great if we could simply be teleported wherever we want? The theory is there (and scientists have ‘teleported’ a single particle for real using quantum teleportation - not really true teleportation, more duplication), and it would require the sorts of power that could only be provided by finding a way to put a power socket on the sun, but it also has another major drawback. Your ‘teleported’ self will simply be another version of you. In other words the original you will no longer exist. Not exactly the best utilisation of technology I think you’ll agree. Let's hope it has a really good error checking algorithm.

On the other hand, could such technology be used to reduce latency and drastically increase security in communciations? Now that would be a practical use of the idea.

Okay, we’re going well beyond the usual remit of RedShark here, but we like to cover technology as well as just video cameras and filmmaking gear.

Drones are causing all sorts of consternation, and illegal drone flying is a risky business. Now consider also how crowded our skies are and how difficult it is for air traffic controllers to keep things running with both commercial and light private aircraft. We have some incredibly busy skies. And somebody somewhere wants to fill them now with autonomously flying personal vehicles powered by electric motors!

If you’ve ever flown a drone you’ll know that while they are utterly fantastic when they are working, there are all sorts of things that can go wrong. From battery failure to electromagnetic interference. Now imagine if we all had one that we could sit in. That would be one very crowded sky! Would you want to look outside of your house window and see a sky full of vehicles with the associated weird sounds that come with such things?

Didn’t think so. Blade Runner looks amazing as a film, but I don’t want to live in it, thanks! Now, automated cars that drive me back from the pub or on a long journey I can live with. That’s actually useful.