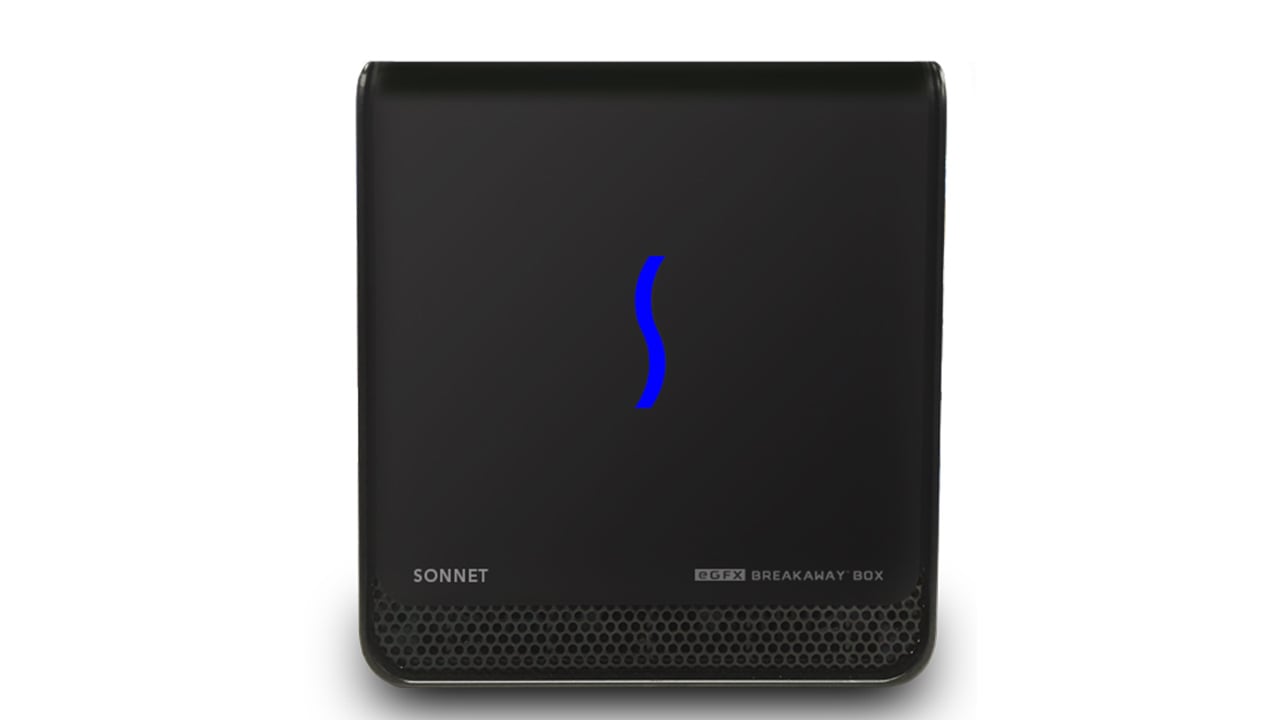 Running one eGPU on your MacBook Pro massively improves performance. How about four of them?

This was the discovery that 9to5 Mac discovered in recent tests. If you are a DaVinci Resolve user it is possible to hook up two eGPUs per Thunderbolt 3 port over two ports, allowing for a total of four eGPUs to be utilised. And the results are pretty staggering, even with just two Radeon Pro WX9100 GPUs.

Rendering of a 15 minute timeline fell from 42 minutes to under 10 minutes. The interface itself became much more responsive, too. The tester was able to open up three instances of Resolve on an iMac Pro and was able to play back all three effects laden 4K timelines simultaneously without dropping frames.

This would be a pretty good achievement in itself, but we have to consider the possibilities of setting up the system with four eGPUs. This is clearly workstation performance on a laptop, and it gives a very useful bump in performance to an iMac Pro, too.

There is one fly in the ointment however. Whilst such tests are intriguing, creating a system such as this is not without its drawbacks. In this case the price. To build a quad eGPU system would require four Sonnet Pro eGFX Breakaway boxes costing around £400 each, followed by four Radeon Pro WX9100 cards at around £1500 each. That's an eye watering £7600. However, this is not to say that you couldn't just purchase some lower priced cards and still get a useful bump in performance.

Alternatively the Blackmagic Design eGPU is known to give a good performance bump, and so if you needed a very quiet studio you could hook up two of these new boxes to separate Thunderbolt ports, and DaVinci Resolve will utilise them both for a very reasonable £1200. You won't get the same sort of performance as the WX9100's, but on a MacBook Pro it would still be a very useful speed bump for editing.

Now I know what you are thinking. Isn't all this adding of eGPUs a bit like adding accessories to a DSLR to make it more like a 'proper' video camera? Isn't it just better to buy a tower case and install cards neatly inside?

I can certainly sympathise with that view. Some of the external GPU boxes are not exactly what you would describe as compact. But what this really comes down to is choice. And that choice will come down to how an individual or company works. One advantage to using a box like the Blackmagic eGPU is that the noise levels are extremely low. The same could not be said for working with a card such as the WX9100, but that's the trade off you get when you want more power.

What an eGPU does get you is expandability for machines such as the MacBook Pro and iMac that do not allow you to change their internal components. In addition to this it allows new life to be breathed into older models, meaning that your equipment investment can last longer. Granted you will have to upgrade the eGPUs at some point, but they make the actual machine you are editing on less relevant.

A good example of this is how in other tests it has been found that using an external eGPU can bring up a 13" MBP level to a 15" in terms of editing and rendering performance.

It also shows that it is possible to gain huge performance increases if you stretch things to the max with four eGPUs. Although whether the cost and practicality of doing this over building a good tower is worth it is up for debate. Currently Resolve is the best known app for efficient use of eGPUs, although with some tinkering in the terminal it is possible to turn on support so that apps like FCP X can make use of them. However with Apple making eGPU support even better in the forthcoming Mojave OS with a direct user facing ability to select eGPUs on an individual app basis, things are clearly only going to get better. Still, it's nice to dream!