Will the Galaxy X have a foldable screen? 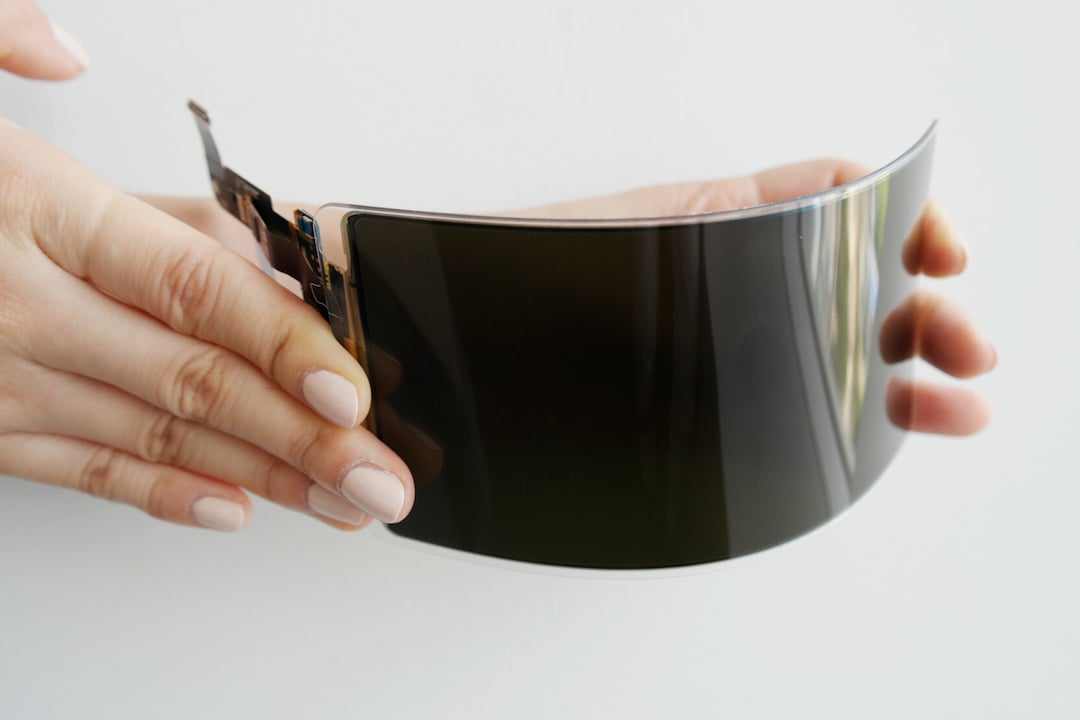 Bendable screens have been one of the staples of the sci-fi props departments in recent years, but thanks to Samsung it looks they will be with us as soon as next year.

Bendy screens have been a long time in the leading R&D labs of the world’s mobile technology companies but it looks like they are finally starting to edge their way into production.

The key event has been the passing of US safety tests by a new Samsung OLED screen. A testing firm working for the US Occupational Safety and Health Administration dropped one of these units 26 times from a height of 1.2 metres with no ill effects. This rather puts the new Gorilla Glass 6 — 15 falls from 1 metre — in the shade, something Samsung can do thanks to a plastic coating which it claims has a weight, hardness, and transmissivity up there with glass itself.

Samsung is quick to point out that the new screen has applications in many places, including display consoles for automobiles, mobile military devices, portable game consoles and tablet PCs for e-learning. But the smart betting increasingly reckons that the forthcoming Galaxy X will be the first consumer device to ship with the new screen early next year.

As far back as 2011, Samsung was showing a prototype folding screen which could bend 100,000 times without any other damage than a 6% drop in brightness at the centre to show for it. That, at 100 opens a day (which terrifyingly is how often some estimates have us all checking our smartphones), would give around three years of trouble-free operation. And you have to assume that those figures have all been worked on in the seven years since.

What is unknown is the exact form-factor the Galaxy X might take, but given the difficulties in producing similarly flexible batteries etc, chances are that it will not be rollable and truly bendy but either a clamshell-type design or one featuring three 3.5in displays that can open like a tablet and fold like a book. Either way, rumour has it that the device’s internal nickname at the company has been changed from ‘Valley’ to ‘Winner’ in recent months. You get the feeling that, if it cracks this, people might stop obsessing about notches on the next gen phones and the company may well be onto one.