New PNY Quadro GV100 is a beast of a graphics card 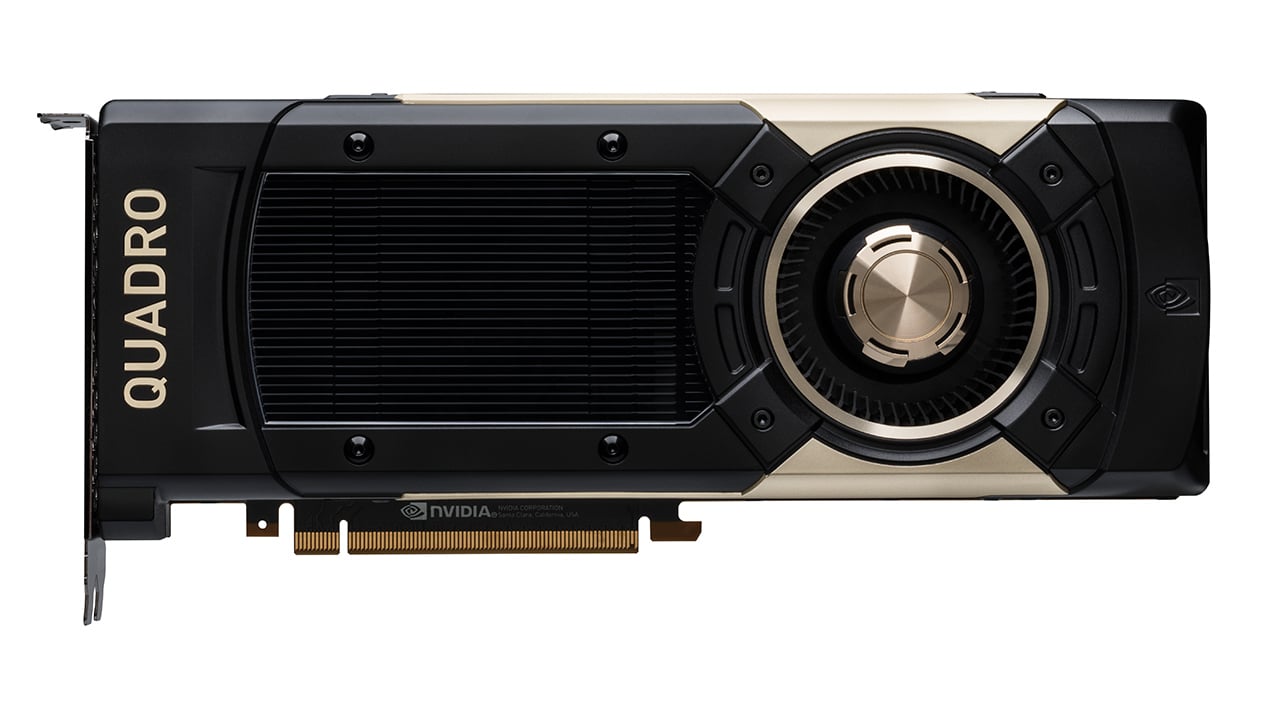 PNY has announced a new Quadro graphics card from Nvidia that brings the Volta graphics core to the professional market, along with a massive 32GB of HBM2 graphics memory.

A single card has the power to support up to four 5K monitors at 60Hz, or dual 8K displays at 60Hz.’

Volta is an exciting new GPU that so far has only appeared in the Titan V with a frightening price of £2700, compared to other Titans that cost £1200. Titan V sits somewhere between high end gaming graphics cards and full-on Workstation products, however there is more to the story than that. The Volta GPU is unusual as the core contains 5,120 of the familiar CUDA cores as well as 640 Tensor cores, and is matched to 12GB of HBM2 memory. Titan V has 21.1 billion transistors which is a significant step forward from Titan Xp with the more conventional Pascal technology.

So, Titan Xp has 3,840 CUDA cores, 12GB of GDDR 5X memory and 12 billion transistors while Titan V has an extra 33 percent CUDA cores plus those Tensor cores and 12GB HBM2 memory. And then along comes Quadro Volta which looks very much like Titan V with extra memory and professional drivers. 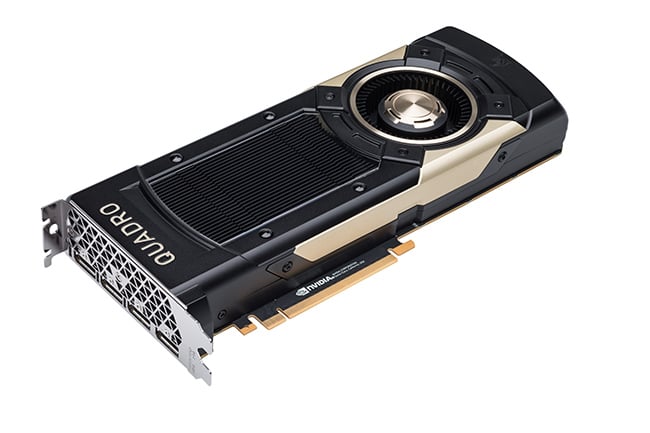 The full specification is:

Tensor is a mysterious new technology that does not yet appear to have a direct application for gamers, CAD workers or video editors. If you remove Tensor from the equation you are left with a mighty beast of a graphics card that offers formidable performance, however there is more to the story than that. When Tensor first appeared Nvidia talked about deep learning and machine intelligence however it seems Tensor also has applications in real-time ray tracing, and that is certainly of interest.

When we received PNY’s Press release about the GV100 our first thought was that their new Quadro looked exactly like the reference design that is on sale at Nvidia’s web store.

We asked PNY whether they manufacture the GV100 and were told,

"The part is manufactured in Asia to an NVIDIA Build Of Materials. It is distributed throughout EMEAI and NALA by PNY Tech."

Those territory acronyms stand for North America, Latin America, Europe, Middle East, Africa and India, and appear to cover every part of the globe apart from Asia. In essence the new PNY Quadro GV100 is a reference design that comes indirectly from Nvidia. When you consider the £7,699 price we have to think the demand for Quadro GV100 is likely to be low. In those circumstances it makes little sense to divide the sales between a number of brands so the fact that PNY is the chosen partner for Quadro looks like a good move by Nvidia.