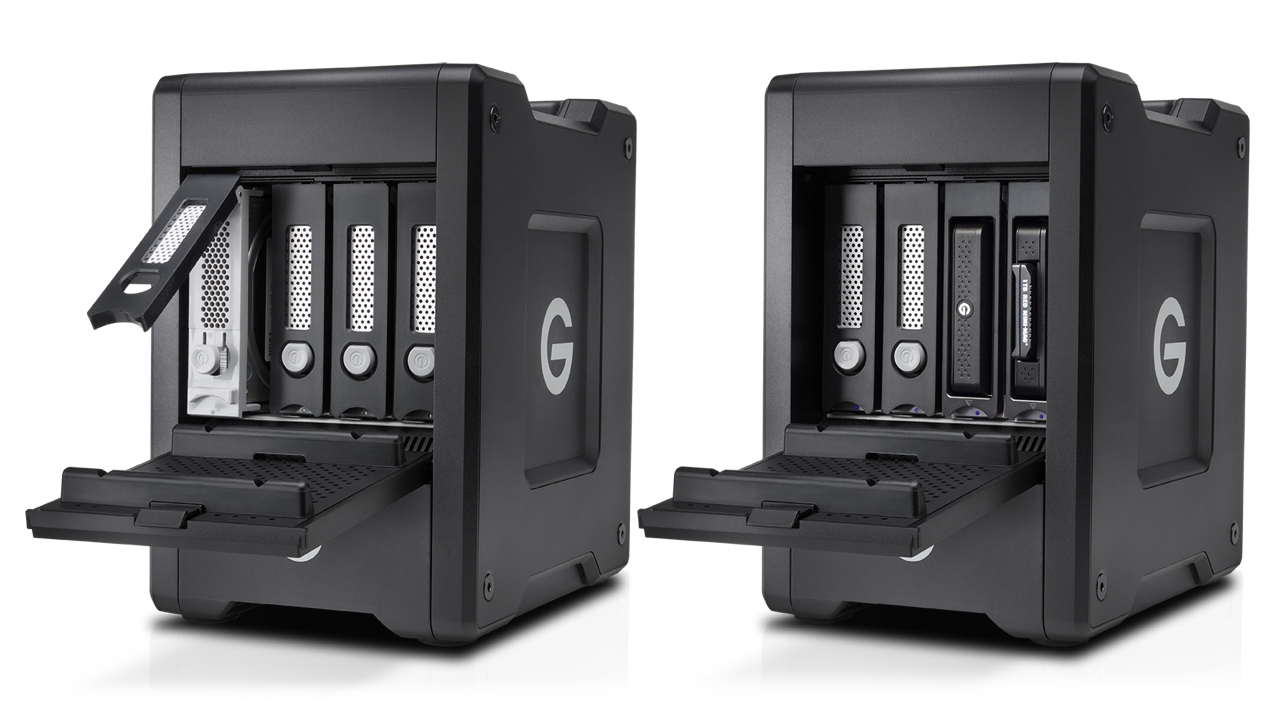 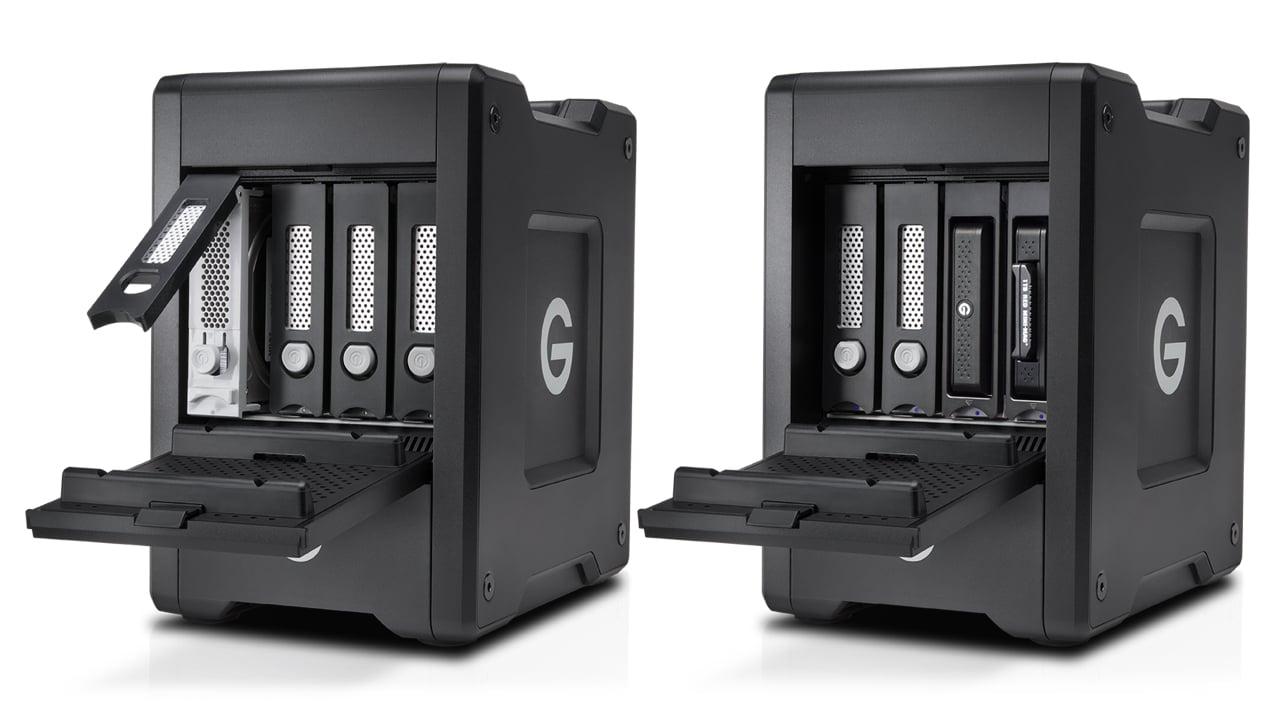 G-Technology has plugged a gap in its portable RAID product line with two versions of its G-Speed Shuttle in a Thunderbolt 3, and significantly more portable, flavour.

The G-Speed Shuttles are basically storage with a handle: ultraportable RAID arrays designed for location shooting that can then be picked up and, settled within their optional custom Pelican cases, stored in the overhead bin on most flights.

Weighing under 7.5kg (that’s under 16lb) the new drives’ portability is an improvement on the previous eight-bay XL version that even G-Technology acknowledges sometimes stretched the definition of portable. Two models are available, both with two Thunderbolt 3 drives built in, allowing up to five additional storage devices to be daisy-chained through one cable port, thus speeding up the process of making additional back-ups.

The two HDD version sacrifices two of those bays to integrated ev Series bay adapters, allowing memory cards such as Atomos drives, CFast 2.0 drives and RED Mini-Mags all to be loaded directly into each shuttle with the appropriate readers. Transfer rates here are pegged at up to 500MB/s. Pricing is similar though the range of models is more limited; a 20TB model being available for $1,999 with 24TB costing $2,299.

Availability of both versions is immediate.