The 4K spy in the sky 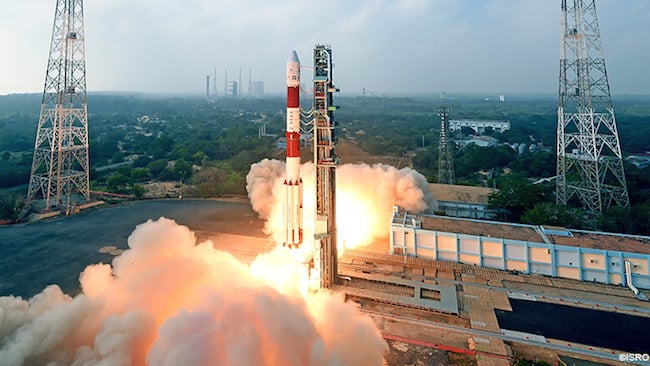 It's not all NASA & Space X: the satellite was launched by the ISRO from the Sriharikota rocket launch center in southeast India

It's either a great leap forward that will be an invaluable resource to future generations or the start of a dystopian surveillance nightmare: either way the launch of Earth-i’s prototype satellite promises 4K footage from space.

The prototype satellite, called CARBONITE-2 by its makers and VividX2 by its owners, is the first in a proposed satellite constellation dubbed Vivid-i that will provide commercial live full colour video coverage from orbit. At the heart of the 100kg spacecraft is a 4K camera — no details on that, unfortunately — capable of recording up to two minutes of video.

Resolution is billed as ‘better than one metre’, which is no mean feat when you’re 505km up and travelling at roughly 7km per second, which the company says is going to be fine detailed enough to film moving objects such as vehicles, vessels and aircraft. The company also talks about high framerate material as well.

Benign uses spring to mind immediately, especially given such analytic capabilities as automated change detection and techniques that can extract 3D models from the images. Less benign ones do as well admittedly, but seeing as how they’re probably already deployed in military-grade satellites whizzing above our heads this very moment, we won’t worry too much about those.

“Footage will be available for analysis within minutes of being captured and will improve decision-making and response times in a wide variety of scenarios from change detection to object identification, from disaster response to infrastructure monitoring,” says the company.