The iMac Pro is here! 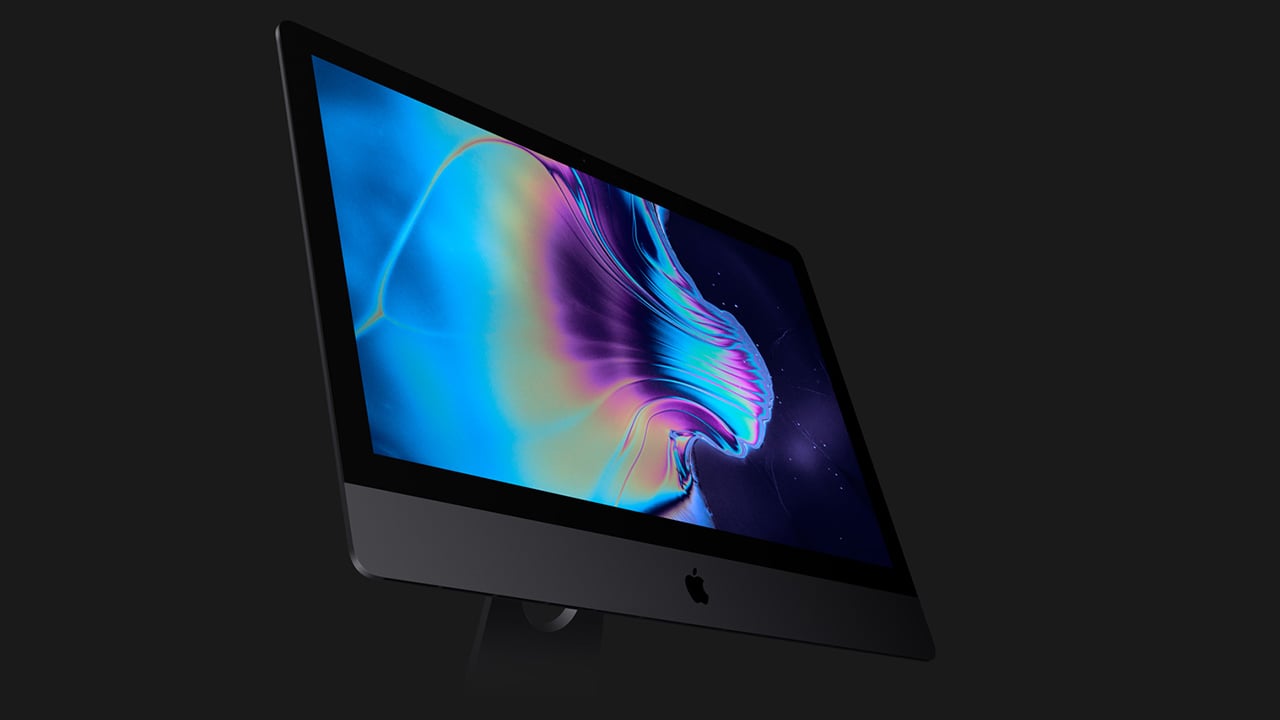 Just when you were beginning to think it had been forgotten, the iMac Pro finally arrives!

The iMac Pro is one of Apple’s most important releases for a very long time indeed, and you'll be able to order one tomorrow, 14th December. However if you read some online forums you could be forgiven for thinking that Apple is being seen as the devil incarnate, making it a master plan to annoy media professionals around the globe from its world headquarters on a remote mountain top somewhere.

Meanwhile, back in the real world, Apple has been working to correct and to appease the grumbles of those who need an up-to-date machine to carry out their professional work on. Yet rumours still persist like a bad smell that Apple do not care for professionals any more.

There is a fundamental truth in what Apple is doing right now. Let me say this only once. The design and release of a brand new iMac Pro as well as a total redesign of the Mac Pro is not the action of a company that is abandoning professionals. If Apple had wished to ditch the professional market these new machines would not even be a twinkle in Johnny Ive’s eye. They would not exist.

Now that we have established that the online rumour mill is about as accurate and useful as a tweet from a certain world leader, let’s recap what we can expect from the new iMac, which is due to be released tomorrow.

Firstly you can spec the new machine with either 8, 10, or 18 cores of Xeon W goodness with a turbo boost up to 4.5GHz with up to a 42MB cache. So quite a bit more grunt than the average iMac then.

The graphics prowess is being supplied by the AMD Radeon Pro Vega system, which features on chip HBM2 memory to replace external video RAM allowing the GPU to grab data at up to 400GBs. The machine will allow a choice of 8GB or 16GB for this.

From a standard memory perspective the iMac Pro will allow up to 128GB of DDR4 RAM to be fitted. Again a huge improvement over the standard iMac, as you would expect. This is complimented by up to 4TB of flash storage.

Let’s not forget that this all comes with a built in 5K Retina display capable of 500 nits of brightness and P3 colour gamut, all finished in a new space grey finish.

With that all said, why are some people still making a negative fuss? Some are decrying the use of the Vega chipset. As is usual for discussions over computer specifications that go right back to school playground arguments as to whether the Commodore 64 was better than the Spectrum 48K, or whether the Atari ST was better or not than the Commodore Amiga, such discussions are ultimately futile.

I have read elsewhere that the iMac Pro is merely a stop gap until the new Mac Pro makes its debut next year. And then on top of this we have the $4999 price tag.

Let us tackle those two aspects in turn. Let’s just say this now, the iMac Pro is not a stop gap. While it might appear externally to be merely a standard iMac in a space grey finish with a few new components in it, to say this is shows a gross lack of understanding about the machine.

Externally, yes, it does look like the existing iMac, but the reality is that the insides have been totally redesigned from the ground up. Fitting that sort of power into such a form is no easy feat, and this is not the sort of expensive task that a company takes on if they are intending the machine to be some sort of throwaway ‘stop-gap’.

The iMac Pro has already been demonstrated to be pretty able at shifting around multiple layers of 8K footage, in real time. This is a machine that will suit the vast majority of media professionals. How many average video producers do you know who will be straining such a system to it’s limits right away? Not many I would wager.

For those who need more, there’s the Mac Pro coming next year. So it is time that some sense of perspective is shown when it comes to discussing the use of such computers. On paper certain GPU’s may be better than others. But that doesn’t mean that every one of us really needs or actually uses the most powerful ones! The iMac Pro is fitted with the Vega GPU system. If you think you can render something 2 seconds faster with another model, we are all free to go ahead and build our own PC.

Okay, so what about that price? Is $4999 too much to pay for an iMac? Do you think you could build a PC for less?

While no Xeon W processors are available off the shelf right now, going on current prices it would be fair to say that even for the 10 core version you will be paying around $1000, and at least around $2500 for the 18 core model. Regarding monitors, the closest spec matched currently available is the 27” 5K LG UltraFine, which is around $1100. Given that we haven’t even looked at the SSD’s, speakers and all the other finery that goes inside such a machine, not to mention the R&D, manufacturing and tooling costs, and much more, $4999 really isn’t unreasonable.

In fact it is completely reasonable. And if you can’t make it pay for itself within a few jobs, or even one job, then the question needs to be asked whether you really need such a computer in the first place.

This is a return to form for Apple, and a much needed option added to its desktop line. The company could not be sending a clearer message that they have not abandoned the media pro sector.