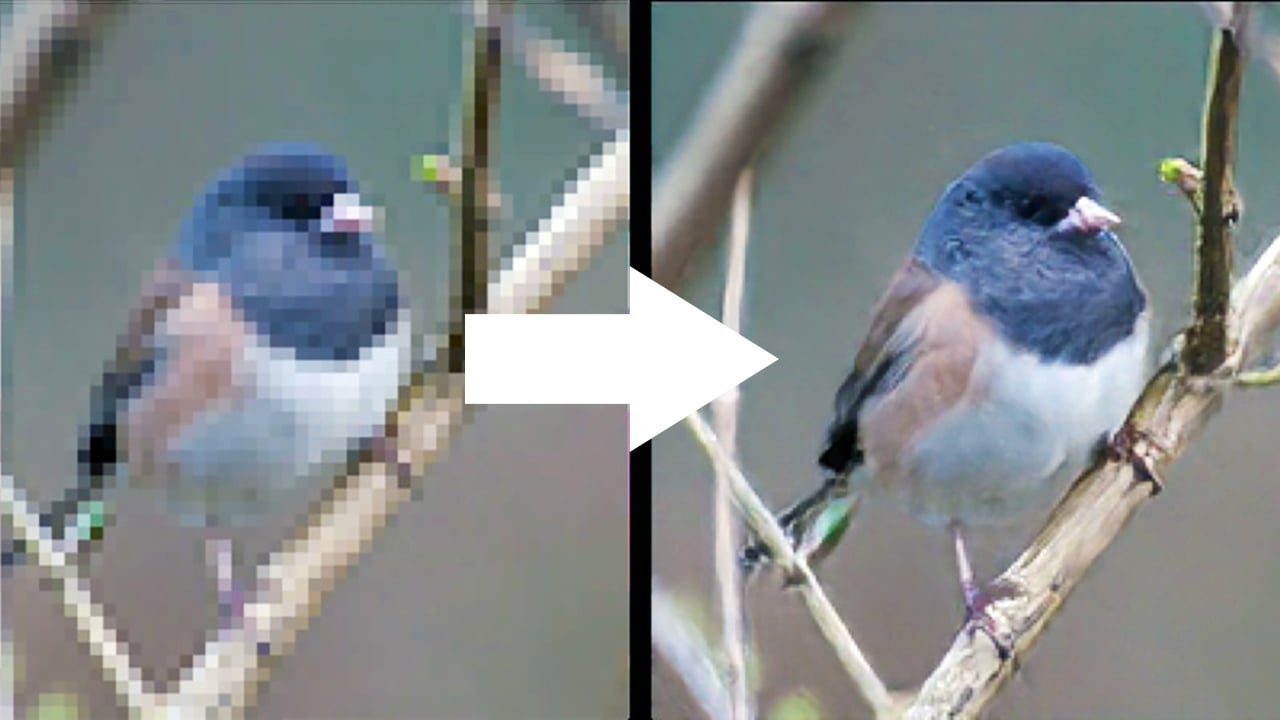 The ability to enhance photos in ways we could only previously dream of is here, right now!

Think it’s impossible to obtain an almost perfect photograph from a low resolution or out of focus original? Time to think again.

Technology is increasingly, to use an American parlance, throwing curve balls at us. Almost on a month by month basis capabilities that were previously considered to be impossible or would never see the light of day are being rolled out.

Take the conventional wisdom that says that you cannot put back information that wasn’t there in the first place, thus making enlargement of a low resolution photograph with any degree of quality pretty much impossible. Or the idea that if your photograph is out of focus, there is no chance of getting the image to resemble anything sharp. Who hasn't shouted at the screen while a Hollywood film shows characters finding new evidence to forward the plot using such fantastical feats?

Well worry no longer, because AI is coming to the rescue in the form of algorithms such as EnhanceNet-PAT. Not the most catchy of names I’m sure you’ll agree. But EnhanceNet-PAT is capable of producing results that only the day before I was made aware of it, I would have considered it to be the product of a science fiction film.

The system manages to achieve these incredible feats by learning how to fill in the gaps. The system is taught by being given millions of low resolution pictures, which it is tasked to scale up. It is then presented with the high resolution originals to compare the results with. It is through this process that the AI system learns how to interpolate data.

Once it has been fed enough information, a bit like a child becoming an adult, it becomes less dependent on the teaching information, and can start interpreting the data presented to it on its own.

The results, as you can see, are pretty amazing. But it also throws up some interesting questions. Particularly if, as we predict, such systems will become integrated into everything from Lightroom to Photoshop. After all, imagine the content-aware fill in Photoshop if the computer actively knows what type of object it is covering for? It could become a very powerful tool indeed.

Already there is discussion amongst photographers about where the use of Photoshop should begin and end. Should we be taking a photograph of reality, or producing a result using software that never really existed? I am guilty of this myself. A sunset that wasn't quite colourful enough gets tweaked to within an inch of it's life. A stray person in the distance gets removed.

This is fine if it is general knowledge that such things have been done to the picture. But once we get into the territory of video we could be in very sticky territory as these abilities become available to all. How can we trust that video evidence of somebody committing a crime for example really is that person? With regard to powerful technology becoming cheap and easy enough for everyone, we haven't even scratched the surface of the potential moral dilemmas.

But let's not get bogged down in such questions for now. We can now at least breathe a sigh of relief and no longer dread a client sending over a low resolution still or logo when we clearly asked for a high resolution one! Let us know what you think. And for more information have a read of the white paper about the technique. If you want to have a go yourself, the website Let's Enhance.io uses very similar techniques, and you can upload your own examples for free.

Hat tip to Petapixel for bringing this to our attention.