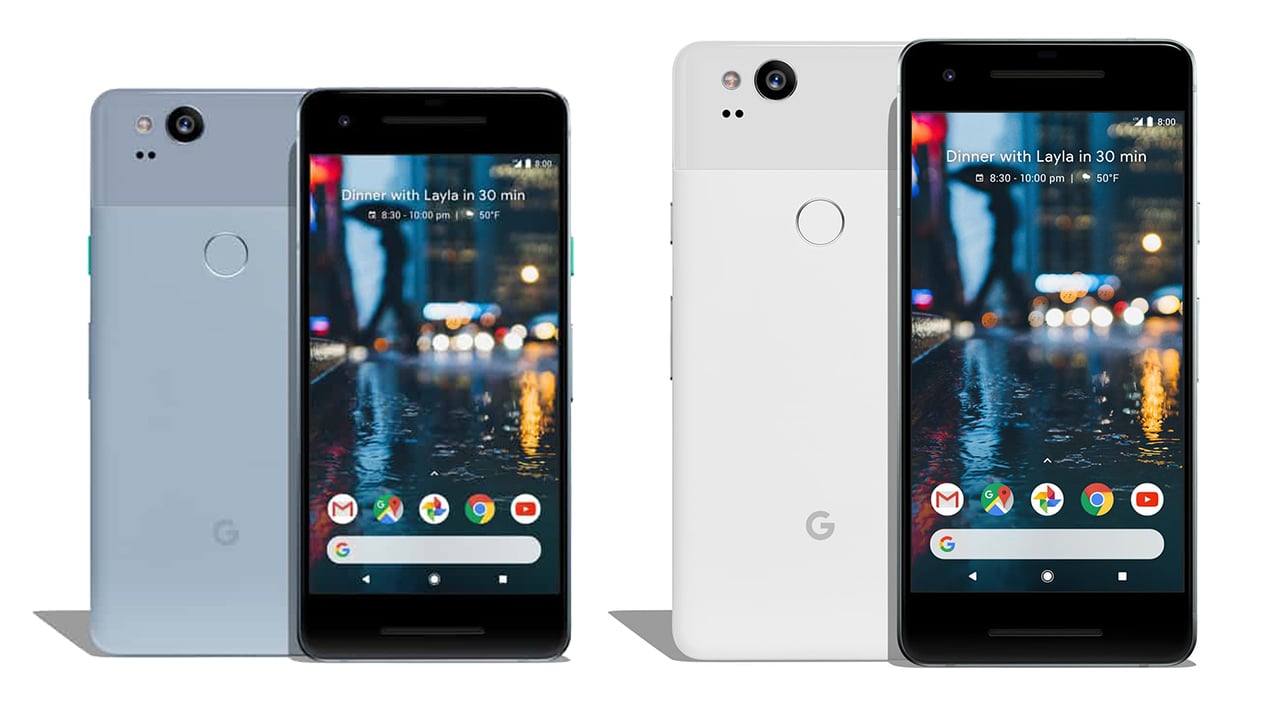 Google's October 4th hardware event can be easily read as an attempt to out-Apple Apple, but the company isn't just chasing after the iPhone market with its new Pixel 2 smartphone, it's also setting its sights on Amazon and a whole lot of other companies in the hardware space.

Even by the standard of modern high-profile tech events, Google's latest showcase has been a leaky one, with much of what was due to be shown on stage in San Fransisco appearing at various places on the internet in the weeks before. It even managed a bit of self-leakage; updating its own Google Home app with images of the new Pixel 2 XL phone just minutes before the official unveiling.

In that it has followed Apple who did the same sort of thing with the iPhone 7 last year. And there were other echoes of Apple's recent forays into showmanship too throughout the event at the SF Jazz Centre, from the opening speech acknowledging a national tragedy (this time the Las Vegas shootings) to the attempt to create a new Jobsian figure with their CEO, Sundar Pichai.

Where Google thinks it differs though is in its application of machine learning and AI. Given the resources that every tech giant is throwing at these areas, it perhaps is fooling itself to an extent, but it certainly banged the drum for it in SF, going as far as to declare that Moore's law is dead and the future resides at the intersection of 'AI + software + hardware'.

Which presumably is where we will be as well. After all, someone has to buy all these products. And Google announced plenty of them.

The second generation of its Pixel smartphone looks very similar to the first until you get to the XL model. This has a larger display (6in compared to 5.5in) and a very minimalist bezel round the outer rim. Both models support a camera hump around the lens assembly, front-facing speakers and OLED displays running from a standard 1080p and 441PPI on the Pixel 2 to 2880 x 1440 and 538PPI on the 2 XL

One of the main step-changes with the new phone is the always-on display, which is designed to show you notifications and time on a permanent basis. They also feature Active Edge, which lets you assign certain actions to squeezing their sides. These default to summoning Google Assistant and silencing phone calls.

Of rather more immediate interest is the camera which the company is boldly claiming "reimagines smartphone photography." Indeed, Google gave DXO a pre-release Pixel 2 for testing and it returned garnished with a score of 98.

"The Google Pixel 2 is the top-performing mobile device camera we’ve tested, with a record-setting overall score of 98. Impressively, it manages this despite having “only” a single-camera design for its main camera. Its top scores in most of our traditional photo and video categories put it ahead of our previous (tied) leaders, the Apple iPhone 8 Plus and the Samsung Galaxy Note 8, despite the Pixel 2 coming in lower in the new Zoom and Bokeh categories. The Pixel 2 is also a major step forward from the Pixel (which was our top scorer when it was released a year ago), moving from 90 to 98."

Key specs are: 1/2.6-inch 12MP sensor, f/1.8 aperture, Dual-Pixel Autofocus, Optical Image Stabilization, HDR+ technology, and a new portrait mode. It will also feature all sorts of AR gimmicks such as AR stickers, with the ability to drop cute renderings of characters from Stranger Things and the like into your pictures.

Coming down the line will be Google Lens which will effectively fire up Google search and deliver facts and information about objects as it recognises them in the camera.

Pricing starts at $649 for the 64GB Pixel 2, $749 for the 128GB version. The 2XL strays perilously close to the thousand dollar territory with a $949 128GB version, though a 64GB model will set you back a comparatively light 64GB. Both will begin shipping within two weeks.

Chief entrant as far as Google was concerned in the Google Home category was the Home Mini, a $49 fabric-covered unit that goes directly up against Amazon's Echo Dot and will be available in all of the seven current Google Home territories. To be honest, it seems less of a speaker and more of a way of making sure Google Assistant can inveigle its way into more homes in your house.

More interesting to anyone who cares about audio was the $399 Home Max, a super-sized stereo version of the company's existing speaker featuring two 4.5in woofers and far-field mics that it claims will still be able to hear your commands even if there is music playing. It tunes itself to the room its situated in thanks to the increasingly ubiquitous machine learning and also adapts to the type of audio you're routing through it and other ambient noise in the room.

You can also now ask the various Google devices scattered round your home to broadcast a message to everyone. Google illustrated this with three speakers in different rooms all saying "It's time to leave for school," which is either very useful or worryingly dystopian depending on your age.

The Return of the Chromebook

The company also brought back the concept of the high-end Chromebook in the shape of the $999 Chromebook Pixel. It has a wide trackpad and a 12.3in display in a chunky 3:2 aspect ratio that can also be flipped to operate as a tablet. A pen is available for $99. The base model is powered by an Intel Core i5 processor and features 8GB RAM and 128GB storage. Two USB-C ports provide access to charging and accessories, while a Pixel phone can rather neatly automatically tether data. Pricing tops out at $1649 and it will start shipping on Halloween.

There were surprises and stuff that no one knew about, but they fell very much into the quirky category. Google Clips, for instance, is a $249 12MP camera that uses AI to unobtrusively take photos and soundless (thus side-stepping wiretap legislation) videos. It's aimed at the parent/pet-owner market according to the stage presentation, where it can lurk and wait until it sees a face of a person or pet it recognises before grabbing animages, though a whole variety of darker uses spring fairly swiftly to mind. There were also the company's first wireless headphones, the Pixel Buds, and a new Daydream View VR headset at a $99 price point in three colours.

In fact, the more we think about it, Google Clips could be one of the more interesting products we've seen this year: certainly it's the one that feels the most like a product that could only be released - and work effectively - in 2017.

AI and machine learning are coming to cameras. And the question you have to ask, despite its quirky beginnings here, is probably about where do we fit into the future intersection of AI + software + camera as a result.