RED Hydrogen: Now we know how the holographic screen works 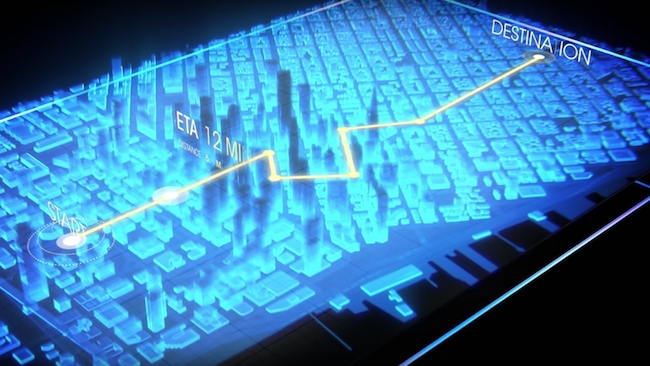 Two and a half years is a long time in the development sphere, but this is how Leia was promoting the display technology behind Hydrogen in February 2015

An announcement from RED that it has made a strategic partnership with new start-up Leia Inc gives us a glimpse into the holographic display technology that will power its Hydrogen smartphone.

Based in Menlo Park, California, with an ‘Industrialization Center’ in Suzhou, China, Leia Inc is a start-up spun out of Hewlett-Packard’s laboratories that is developing what it calls a lightfield display for mobile devices.

The partnership was revealed in RED’s usual way — a post by Jim Jannard on REDUser.net, along with the detail that the company has made an undisclosed strategic investment in Leia and that Jannard will be joining the board of directors as a result.

And beyond that, details are frustratingly sparse. Leia says that it “leverages recent breakthroughs in nanophotonic design and manufacturing to provide a complete lightfield “holographic” display solution for mobile devices, through proprietary hardware and software.”

It seems to do this mainly via what it calls Diffractive Lightfield Backlighting; essentially a nanostructure light guide plate in an edge-lit configuration that fits between the phone and the screen, replaces the standard backlight, and produces a custom lightfield illumination of the LCD front-plane. The device runs standard drivers, the display is standard, meaning that any device using what it calls its ‘Lit by Leia’ technology uses standard device engineering and display driver architecture.

For more detail, you have to head back to 2015 and this Wall St Journal video from Mobile World Congress that year in which then founder and president (he’s now CFO), Pierre-Emmanuel Evreux, explains how it all works.

“Light propagates [through this piece of glass] and, as a result, we send 64 different images of the same thing. When you look at the screen you right eye and your left eye see two different images and your brain does the magic and you have your 3D.”

At the time a dev kit was supposed to be released with the product on the market by the end of the year.

Another presentation from its now CEO David Fattal at Stereoscopic Displays & Applications XXVII 2016 in February 2016 goes into more detail. Here he describes the display as being full parallax in the wide angle and with very smooth view transitions. “You don’t get the same jumps that you get with lenticular. 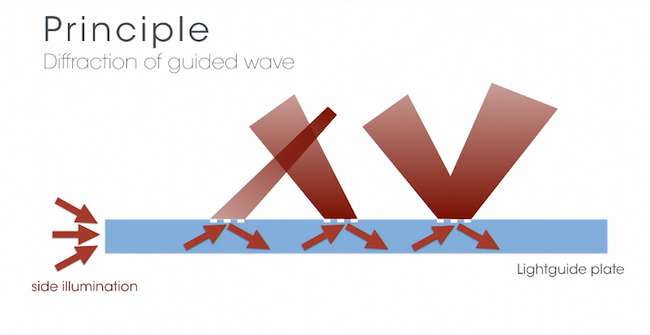 An illustrative slide from the Leia presentation

“Diffraction doesn't care how tight the angle of the ray is going to be," he continues. "If you want to send a light ray in a very crazy direction you can; it is the same as sending it up. With a lenticular display you need to be close to the axis. If you deviate too much from the parallax approximation then you get blurry images.”

The screen is also transparent. Only images projected in from the edge illumination will gain from the 3D effect. Elsewhere the display functions exactly as normal.

For more technical detail on all this and the full 20-minute presentation, head here.

So, what have we learned from all this? Beyond the functioning of the actual display itself, here’s what we’ve pulled out.

Have a look at the promo video, from February 2015 back when the company was referred to as Leia3D, below.