Videogames leading the way towards 4K and HDR 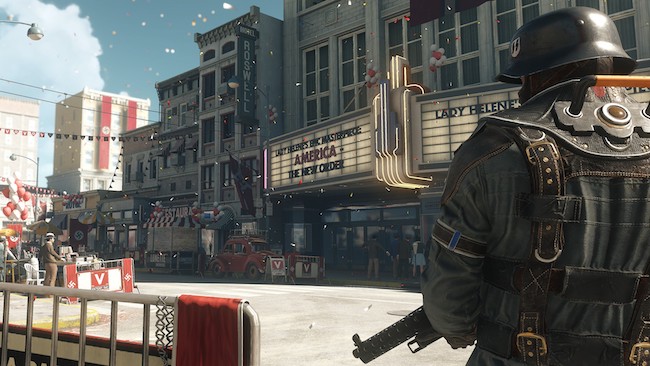 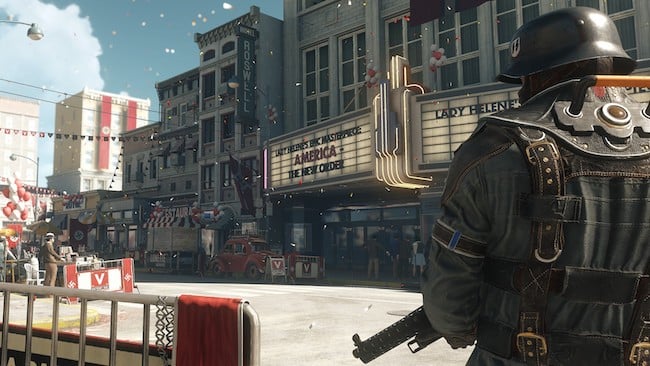 Wolfenstein II: The New Colossus is going to raise the bar for 4K HDR in gaming

Whereas there is some question around whether 4K streaming, with its bandwidth limitations or physical media (in the form of UHD Blu-ray) is the future for 4K and HDR, it all seems a lot simpler for computer games. Indeed, the main question for gaming in 4K seems to be if you want to go with Sony's PlayStation 4 Pro or Microsoft's Xbox One S and Xbox One X offerings.

Even HDR is straightforward on gaming platforms as everything seems to be HDR10 based, thus no confusion around HDR standards. So it could easily be that it will be computer games that drive the uptake of advanced television displays and the new wave of 4K HDR computer games are already starting to arrive.

For instance, it's now been announced that there will be a release of Wolfenstein II: The New Colossus that will support both 4K and HDR. The Wolfenstein series has a long lineage going way back to 1981 where it was originally a game for the Apple II computer and it is renowned for being the original first person 3D shooter game, preceding even Doom.

Arriving alongside the enhanced Wolfenstein game and from the same publisher (Bethesda) is The Evil Within II which is also arriving with 4K Ultra HD and HDR technology for both the Xbox One X and PC platforms. It is a nightmare styled horror game, so I guess you can expect the visuals to be even more chilling, the creatures more weird and disturbing, and the blood even more red!

Wolfenstein II: The New Colossus and The Evil Within II have been enhanced for Microsoft's soon to be released Xbox One X which has been upgraded from earlier versions to provide the computing power needed to allow computer games to run natively at 4K with HDR support. Games for the original Xbox One are fully compatible with the new Xbox One X, and it is expected that games will be released that work fine on the original console but will be enhanced to native 4K when the game is run on the new machine.

There is currently fierce competition in the console market and Microsoft seems keen to try and get a step ahead of Sony and their PlayStation 4 series consoles.
The PlayStation 4 supported playback of 4K video from the outset (although gameplay was limited to 1080p), while the original Xbox One was limited to a maximum of 1080p resolution for everything. The second version of that console, the Xbox One S was capable of both playing back 4K video and of running games that supported HDR, and it even had an advanced way of semi-upscaling game output to 4K called checkerboard rendering. Sony then released its PlayStation 4 Pro last year, which is an enhanced version of the original PlayStation 4 that also supports 4K gaming with the aforementioned checkerboard rendering.

Checkerboard rendering works by rendering at full 4K in a checkboard pattern and then the unrendered parts of the checkerboard are rendered to a lower resolution and uprezzed and smoothed using an anti-aliasing filter. The results are apparently very close to what native 4K might look like because some of the image kind of is 4K so it gets very close to the real thing without the same level of computing overhead. The hope is that the output would be so close to native 4K that it would be difficult to perceive the difference.

Now, however, it would appear that Microsoft has decided to just go all the way with the Xbox One X and support 4K gaming natively so that the entire image is rendered straight out in 4K. Obviously, this requires more computing power and the new console is more expensive as a result, but it may well be that the Xbox One S will continue to be available at a cheaper price alongside the new version of the console so you can make the choice according to your budget.

Microsofts Xbox One X will be released on November 7th 2017 for $499. The Sony PlayStation 4 Pro is already available and costs $399. And Microsoft's Xbox One S is still available with 500gb for $249