The Acer Predator 21 X: probably the most insane laptop money can buy 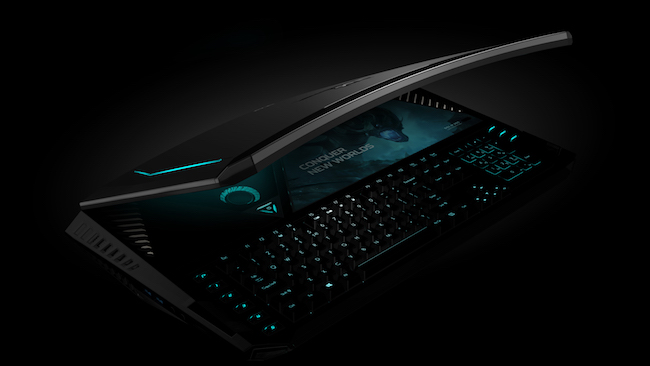 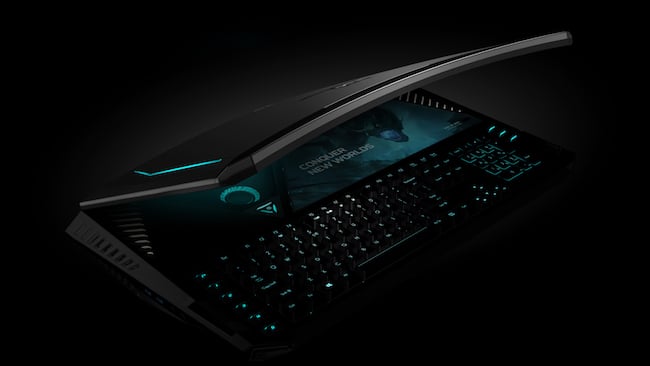 The Predator 21 X: subtle it is not

When it was first announced last year, the 8.6kg (19lb) Acer Predator 21 X laptop caused surprise and astonishment. Now you can buy one of the 21-inch monsters and be surprised and astonished, not to mention $9000 poorer, in your own home.

It is, of course, primarily meant to be a gaming laptop. The biggest, most expensive, most powerful gaming laptop ever built. And who knows, you might be able to edit video on it as well; we’ve been too busy goggling at the spec sheet to take much notice.

So, we have an Intel Core i7 Skylake processor overclocked to 4.1GHz coupled to not one, but two SLI-linked Nvidia GTX 1080 GPUs, also both over-clocked. 64GB of DDR4 2400 probably gives you enough memory you would hope, while two PCIe SSDs using NVMe tech in RAID 0 leads Acer to claim that if you blink you’ll miss boot up.

All this needs five fans and nine heat pipes to keep functioning, which is nothing of the cooling you will need yourself after you’ve lugged it up the stairs. Four speakers and two subwoofers take care of the audio. And, of course, it boasts the world’s first notebook curved screen, measuring in at a whopping 21-inches and providing you with a sumptuous 21:9 display that refreshes at 120Hz (although it is relatively low res at 2800 x 1080 pixels).

Reviews of the Predator 21 X have so far pointed out that if you try and use it for anything other than gaming — writing an email, doing your online shopping, for instance — you quickly run into design flaws. And don’t even mention battery life. It’s like driving a Bugatti Chiron to the cornershop for a pint of milk and having to fill it up before you head home again. But what it does have is a lot of cool tech inside it that can trickle down to the next generation of (saner and cheaper) laptops that come after it.

And in the meantime, if you do have $9K burning a hole in your pocket, hoicking this onto a table and booting up Battlefield 1 next time you’re in Starbucks is certainly going to grab attention.