Thunderbolt 3 and the problems with peripherals 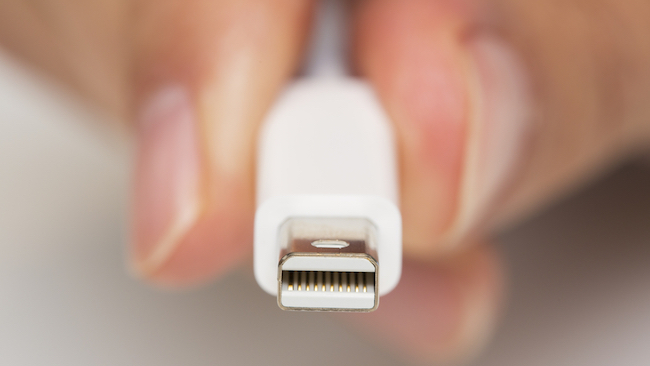 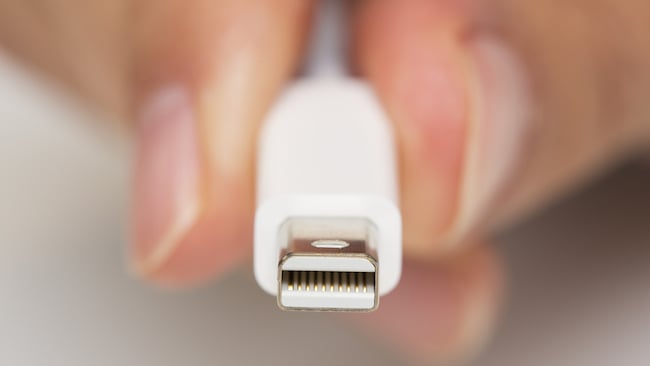 Intel is going to open up access to the Intellectual Property behind Thunderbolt 3 so that the IT industry will be able to manufacture Thunderbolt 3 hardware. And that’s a good thing…sort of…

Here are the essential paragraphs from the Intel statement:

Intel’s vision for Thunderbolt was not just to make a faster computer port, but a simpler and more versatile port available to everyone. We envision … a world where one USB-C connector does it all – today, and for many years to come. With this vision in mind, Intel is announcing that it plans to drive large-scale mainstream adoption of Thunderbolt by integrating Thunderbolt 3 into future Intel CPUs and by releasing the Thunderbolt protocol specification to the industry next year.

And then there are a few paragraphs where Apple and Microsoft say how closely they work with Intel and they high five and are cheery about the future of peripheral connectivity.

There’s some good stuff in there but I don’t think I am taking away quite the message that Intel hopes I might take away, and here’s why.

Thunderbolt 3 is very clever and the tiny USB-C connection seems way, way too small to feed 100W of power or a 4K video signal. At a certain level it seems like witchcraft. It currently fails the ‘if it fits it works’ test as you can plug in the USB-C cable that comes with your mobile phone (well, my Google Nexus 5X anyway) and the connection is completely ignored by the Thunderbolt 3 ports on a Razer Blade laptop and Razer Core graphics unit.

My guess is that this will continue to be the case from here to eternity as today’s hardware will never be fully compatible with the next generation. If we look into the future, say 2022 and I take a 2019 laptop and connect it to an 8K display over Thunderbolt 3 I am not quite sure what will happen but I imagine there will be some nasty surprises.

The Intel infographic says that Thunderbolt 3 can connect dual 4K display or one 5K display. What about 6K or 8K displays?

That may sound horribly negative but it’s the difference between ‘works’, ‘compatible’ and ‘fully compatible’. We’re seeing it right now with HDMI cables and connectors that support different specs and there are two ways the system can work; full compatibility works perfectly but partial compatibility can either refuse to connect or can work at the lowest common denominator. Instead of 4K 60fps you either get 4K 30fps or a black screen.

I hate the black screen but I hate the lowest common denominator even more UNLESS I get a clear message on the screen saying ‘Output is limiting the speed’ or ‘you need a new cable’.

Cast your mind back to FireWire and you’ll see what I mean. IEEE 1394 was clever but you had to work damn hard to try and connect a FireWire 800 device to a FireWire 400 Mac so if it connected it would very likely work. I still remember the awe I felt when I connected a Sony DV camcorder over FireWire to my Windows PC and was able to rewind the tape with the click of a software button. Bloody marvellous.

The massive downside was that every few years we cursed mightily and threw away expensive hardware and started over again.

If Intel can avoid this mess and truly use USB-C for everything then what’s not to like?

Well, for one thing they’re talking about laptops and in particular about thin and light Ultrabooks. If they ditch the ports and connectors they can reduce costs and make the laptop thinner and lighter. Well yes, OK, but personally I quite like a laptop to have a few USB ports on either side so I can hook up a mouse, keyboard and external drive, and I also like to have an Ethernet port for a proper, reliable network connection. Wi-Fi is great but I don’t want it to be the default option and that is precisely where Apple and Intel are headed.

Clearly what they want is to provide one or two Thunderbolt 3 ports and then leave it to the customer to spend £200 on an external dock that can handle the peripherals so Intel’s aims and my desires are not aligned.

My desktop PC has heaps of space for every port and connector known to mankind. If I have a need to add something new such as an M.2 SSD I can plug it into a PCI Express adapter card and I’m in business. I am not quite sure about the current state of play with Macs as it seems that Apple stopped development after the trash can Mac Pro and Mac/iMac has become an honorary laptop.

Connection is no guarantee

Where was I? Oh yes, if it connects it works.

Recently a guy I know was offered a Thunderbolt storage device to review but was told it had to be used with a Mac and not a Windows PC. Apparently, the Mac connection works just fine but the Windows drivers are broken and they cannot nail the unspecified bug.

Intel’s point about moving Thunderbolt 3 inside the CPU is very important. Thunderbolt 3 is neither in the CPU or the chipset but instead requires an add-in controller. Intel’s current controller is JHL6540 which measures 10.7mm x 10.7mm and draws 2.2W.

If you tell Apple they can dump the Thunderbolt 3 chip and save space, power and cost they will be pleased. The bigger issue is that the data path between the Thunderbolt controller and CPU/GPU/RAM is horrible and slows things down terribly. This doesn’t matter if you connect most peripherals as they work perfectly well but if you connect an external graphics device (such as Razer Core) over Thunderbolt 3 it will work at around 65 percent efficiency thanks to the lengthy data path.

Integrating Thunderbolt 3 in the CPU will very likely cure this, provided the revised CPU has sufficient lanes of PCI Express to keep the new hardware happy. The next Intel CPU, Coffee Lake, will be a minor revision of the existing Kaby Lake and is imminent. Perhaps Intel will weave their Thunderbolt 3 magic into the chip after that which is Cannonlake, which is due early 2018, presumably for CES. I would have thought that was awfully fast work and that Computex in mid-2018 was more likely. Or CES in January 2019.

At present, I am left with a few questions for which I am still awaiting answers.

Is the Intel free license open to everybody, including AMD and Samsung?

Does the license have some sneaky restriction whereby Intel can move Thunderbolt 3 inside the CPU but other companies are limited to add-in controllers that hang off the end of the data chain?

Why should workstation users care? We would surely be better served by 10Gb Ethernet as the peripheral we generally need is a NAS or other external storage and that is only going to become more important with video files in 4K, 5K, 6K and 8K. Give me fast Ethernet and decent USB (types A and C) for the other bits and pieces and I shall be perfectly happy