Should you shoot high quality or high framerate? 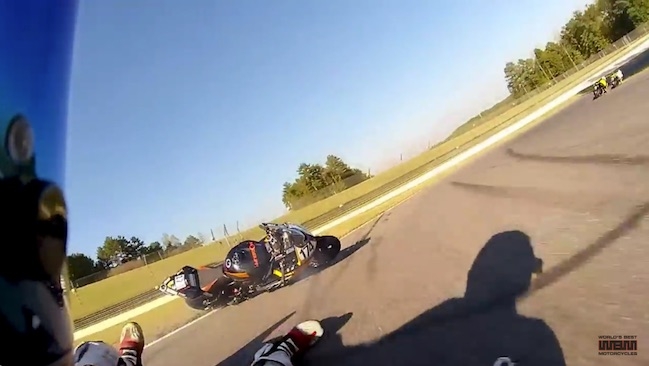 News that YouTube now supports live 1080p60 got us thinking: given the choice would you choose more detail or a smoother picture?

60fps video playback has been a feature on YouTube for some months now, but it’s now upped the live quality ante with the announcement that, when you start a live stream the site at 60fps, it will automatically transcode your stream into 720p60 and 1080p60.

When we mentioned this internally at RedShark it kicked off a bit of a debate: which would you go for? Higher quality or higher framerate? In the end we decided it all depended on what you were watching.

YouTube has primarily done this to serve the huge — and we mean huge — gaming market. The company was in a bidding war for game-focused streaming service Twitch last year which eventually was won by Amazon for a cool $970m, and the latest stats suggest that videogames account for 15% of all YouTube content. 90% of that in turn is user generated.

So, if 300 hours of video is uploaded to the site every minute (which are YouTube’s latest figures for overall content) by our calculations that means that 58,320 hours of new user-generated games content is hitting YouTube servers ever day.

That is an astonishing amount. And a market worth chasing.

Now, we’ll corral our quality versus quantity argument to gaming for a bit. Yet more statistics tell us that somewhere over half of all that content is going to be about a single game: Minecraft. Given a baseline of 720p30, there you might as well let your spare bandwidth be used to up the quality and watch the blocky landscapes and environments evolve in 1080p30. Which is somewhat ironic, but still.

When it comes to the second and third most popular games, however — Call of Duty and Grand Theft Auto — the greater amount of fast-paced on-screen action almost shouts for higher framerates and the best use of bandwidth here is to switch to 720p60.

“We know high framerates are especially important for gaming streams,” said the company in a blog post, “so we’ve worked with Elgato and XSplit on new versions of Elgato Game Capture, XSplit Broadcaster, and XSplit Gamecaster that support 60fps live streaming to YouTube, available for download starting today. In addition, any app using our live streaming API can add a new high framerate flag to enable 60fps streaming.”

The key comes when you widen the argument out. High framerate is considered crucial to sports broadcasting, to the extent that, as we’ve reported before, the European Broadcasting Union amongst others reckons that the move towards Ultra HD in the consumer space is nigh on worthless without it (Is 4K a missed opportunity? The EBU thinks so). Certainly the superbike footage taken from Marcel Irnie’s onboard camera that provides the pic we illustrated this piece with looks totally different in 60fps: much smoother, far more compelling.

Quality or quantity? Ideally you’d have both. But while bandwidth remains a finite resource there is a definite choice to be made there. And anyone shooting POV material with a GoPro Hero 4, for example, might want to think carefully before hitting any settings above 1080p60

Oh, and almost as an aside, the company announced that YouTube live streams will now use an HTML5 player in supported browsers. And because its HTML5 player supports variable speed playback, that means users can skip backward in a stream while it’s live and watch at 1.5x or 2x speed to catch back up.