Is this the end of broadcasting as we know it? 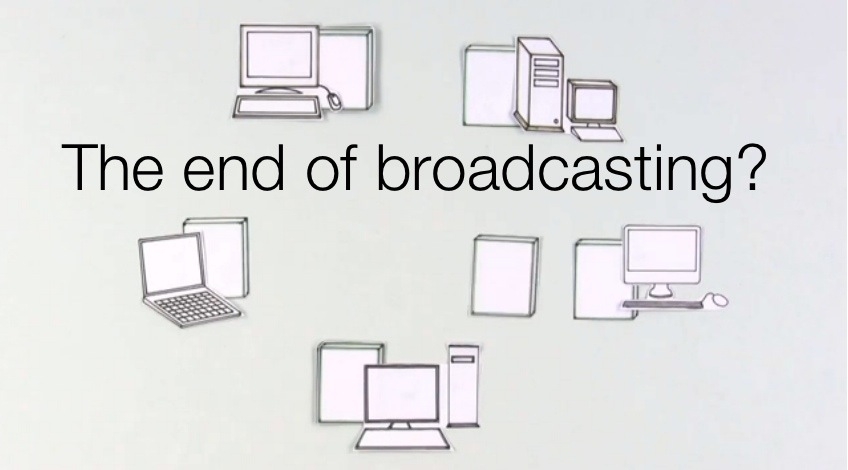 One phrase you’ll hear a lot wherever the broadcast industry gathers is ‘disruptive technologies’, by which people typically mean that the internet is challenging all the business models and assumptions that have powered the industry for decades. With recent news that BitTorrent is now muscling in on their space, it might have to reach for a new, more apocalyptic description

Two things emerged last week about BitTorrent: one that it has reached a number of deals with consumer electronics manufacturers to include its technology in their sets, the other that it’s looking to port its technology over to live streaming.

BitTorrent in the living room? That’s a significant development. Torrenting, while it has many legitimate uses (and there are somewhere around two million titles of legal content out there for download) of course has many more illegal ones, but to date it’s been something of a computer geek secret. The Pirate Bay is a little like Australia: everybody might have heard of it, but not everybody has visited it.

Embedding BitTorrent into television sets, giving it a nice UI, and putting it into the hands of the mass market consumer, however, blows the doors wide open and allows Mr & Mrs Average to download as much illegal content as their bandwidth will let them.

According to BitTorrent CEO, Eric Klinker, who spoke to MultiChannel News about it all, the company has reached deals with 20 (presumably smaller) manufacturers, and BitTorrent-enabled sets could appear in Europe and Asia as early as Xmas. It’s interesting to note that they look to be a less common sight in the US, where there are many more established deals already in place with streaming providers such as Netflix.

What can the industry do about it? Probably not a lot. As Klinker says, BitTorrent is just the conduit and you might as well complain to the Google Chrome team about how much pornography there is on the internet. Besides, the company is also rather cleverly courting the broadcast community at the same time as it’s clubbing them over the head.

“BitTorrent Live is a new peer-to-peer live streaming protocol,” announced its blog on November 20. 'Built with BitTorrent's own user community from the ground up, it’s designed to take the principles of the BitTorrent protocol, and apply them to streaming. That means: no barriers to broadcast. That means: the more people that tune in, the more resilient your stream. That means: you can share video with a massive audience, in realtime – without bandwidth costs or infrastructure requirements.”

An efficient way to stream

Tests have achieved apparently good results with swarm sizes up to a few thousand, but as every viewer that joins a swarm extends its reach by sharing pieces of the video to other viewers, it is unlikely that they will stop there. Media is delivered with what BitTorrent itself refers to as ‘stunningly low delay’ by utilising a UDP streaming protocol, while video and audio are transmitted using industry standard H.264 and AAC codecs.