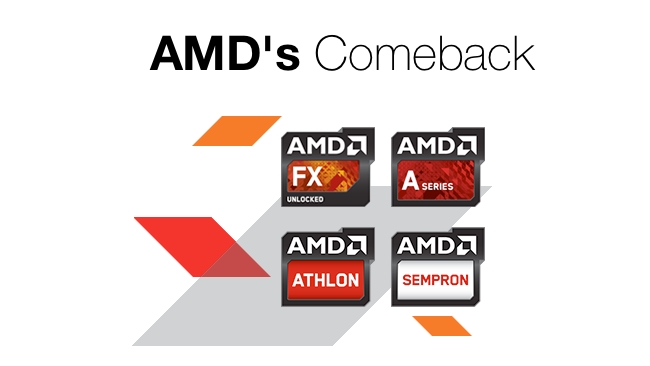 With Intel dominating desktop CPU performance lately, it's good to know that it still has some competition, not least from AMD’s forthcoming Carrizo APU.

AMD's last few generations of processors have not been particularly competitive with Intel's. In fact, it's quite likely that winning the contracts for both the PlayStation4 and the XBox1 saved the company.

Its GPUs, however, have continued to be competitive with nVidia's, while Intel’s continue to sell primarily because they're integrated into Intel's cores.

With Intel finally rolling out the desktop variants of Broadwell and ARM announcing ever higher performance ARM processor architectures, AMD hasn't been making particularly big news lately. Its new Carrizo APU, however could change that. It follows the trend of emphasising power efficiency, with AMD claiming a 40% reduction in power consumption compared to its predecessor Kaveri, as well as nominal gains in per-clock-cycle performance.

As was the case for Broadwell, AMD's initial launch is aimed at low-power applications, with higher performance variants coming later.

The processors have some nice new features such as H.265 support, and new GPU architectures to supplement the main processor. They will also have their southbridge, the chip that provides the interface to the rest of the system, integrated into the same die as the core, further improving efficiency, not in the least by using the same advanced 28nm fab technology as the core itself.

The integrated Radeon graphics core, meanwhile, supports DirectX12, and might well be the biggest advantage AMD has over Intel in the lower power markets where a discrete GPU isn't typically an option, such as ultrabooks and tablets.

Due to Broadwell's delays, when it is released the high performance variants might be coexisting with Intel’s upcoming SkyLake processors, which will use the same 14nm fabrication process as Broadwell but with a new architecture. Since SkyLake's launch is coming so soon on the heels of the long-delayed Broadwell launch, Intel's emphasis is on SkyLake, at the expensive of higher performance Broadwell designs. This could give AMD an opportunity to gain some ground in that area if it is able to get high performance Carrizo products onto the market before Intel floods it with SkyLake parts.