This is ironic: using film to make your data last 500 years 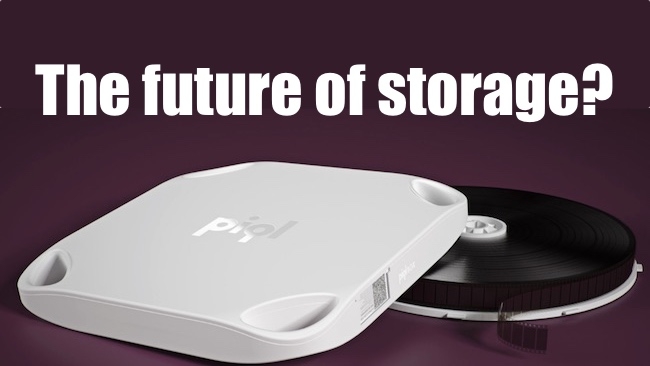 The future of storage?

500 years, half a millennium ago, Henry VIII sat on the English throne and was still married to his first wife, Catherine of Aragon, while Copernicus was busy making his first observations of Saturn. If you want your data to last that long, a Norwegian company is now marketing an archive system that will keep your images preserved five centuries into the future

The company’s name is piql, previously Cinevation, and under the tagline ‘physically present -future preserved’ it says that its piqlBox is made up of materials that will ensure the data kept on the special film inside it will remain intact throughout a projected lifetime of 500 years.

“The piqlBox has undergone a wide range of tests to ensure its materials have no negative influence on the longevity of the preservation medium,” it states. “The packaging materials are also free of harmful materials that may cause degradation over time to the medium and the preserved data or images.”

The fact is that longterm data storage is a bit of a thorny issue. Henry VIII could write down words in a book that we can still read to this day, but we have no guarantee that the data we produce will last as long. Flash drives degrade over time as their miniature capacitors discharge, hard drives tend to be guaranteed for a mere three years, while the best guesstimates for magnetic tape and optical storage put them in the 30-50 year range and deep storage libraries based on these technologies will have to undergo a constant cycle of copying and data migration to keep information viable (with all the possibilities of errors creeping in as they do). Indeed, there’s even been a certain delicious irony in Kodak’s recent marketing push stating that film is the only medium that you can confidently forecast will last 100 years under ideal conditions.

Piql reckons it’s cracked it however using a polymer-based high resolution photosensitive micrographic WORM (Write Once Read Many) film kept in its 500 year box. Of course, it does nothing as mundane as record an actual image, rather digitised data is recorded as frames of binary code, similar to a QR code. Future playback is assured (or as assured as can be) thanks to a combination of open source decoding software and the fact that the source code for it is stored at the beginning of every film reel: a light source, a scanner and a computer will be all that will be required to read the information.

Of course, whether you will be able to find all three of those in 500 years time is another matter…