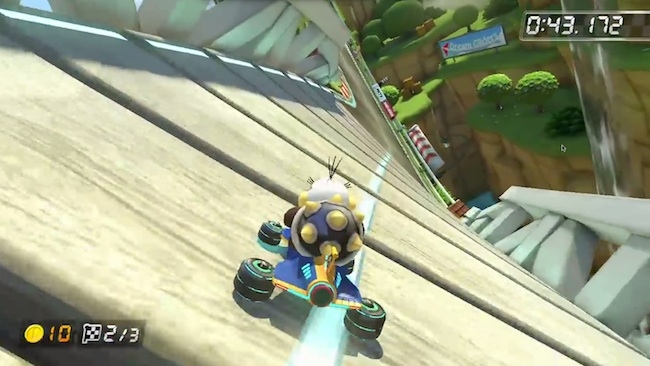 Earlier this year YouTube announced a raft of new features, including crowd funding, crowd sourced subtitles and 60fps support, and the latter has now arrived. How does it look? Rather magnificent.

“Your video game footage with crazy high frame rates will soon look as awesome on YouTube as it does when you’re playing,” said a company blog post when the feature was announced back in June and it’s not wrong.

You need to be running Chrome to see it (Safari 8 will allegedly work too, though we were unable to verify that) and, of course, be viewing in HD, but the results are nothing short of astonishing. Modern games consoles have been throwing images on your TV screen at up to 60fps for a while now, and now the console-less too can view those Mario Kart 8 world records with the same degree of silky smoothness.

Of course, while games are big business online (estimates are that the 100 largest gaming channels on the site now bring in 3.5 billion views a month) there’s a longer game being played here of being able to screen any video footage at higher framerates. And while Hollywood may be cautious regarding that technology at the moment, with the UHD Phase 2 spec promising up to 120fps in the future, the time to support it all starts now.