3D printing is changing the world. You can even make cameras with it! 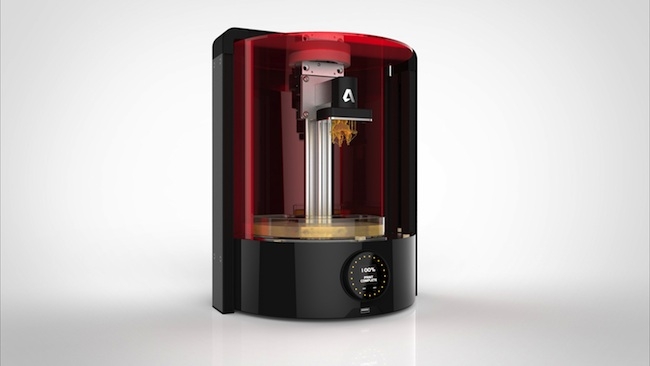 News that Autodesk is venturing into the world of 3D printing is another indication that the technology is on the verge of going mainstream. Andy Stout details All You Wanted To Know About 3D Printing But Were Afraid To Ask.

In many respects, now that nanotechnology turning us all into grey goo is considered too far in the future to be properly frightening, 3D printing is the new bogey technology of the mainstream media. Children accessing their parent’s printers and printing off guns, sinister Chinese conglomerates building entire cities using giant printers, a world’s manufacturing industry emasculated and eviscerated...the stories go on. It’s tempting to dismiss the whole thing as a fad, an overactive and underachieving product of the Maker & Hacker movement in the USA where the promise never quite matches up to the technology.

But with the likes of Autodesk now mixing it up with all the Kickstarter-funded start-ups, persistent rumours that some of the large Asian Consumer Electronics manufacturers are looking at entering the space, and prices dropping all the time as the technology becomes more capable, the feeling is that the technology is definitely on the cusp. Certainly there are an increasing number of camera peripherals that can be made using the technology, with GoPro mounts and adaptors in particular being increasingly popular candidates for printing off.

Here’s what you need to know:

It’s distinguished from previous Computer Aided Modelling processes as they were mainly subtractive; taking a solid block of material and then via various different processes taking bits and pieces of it away. 3D sculpting if you like.

Stereolithography, however, (and the term was coined by Chuck Hull, co-founder of 3D Systems in his patent application in 1984) creates 3D objects via cross-sectional patterns, building them up layer upon layer. Though Hull’s method was quite specific (see below), it has become something of a generic term in the industry.

Objects are built using an array of different materials and methods. Materials include thermoplastics, photopolymers (hardening upon exposure to light), metal alloys and even paper. Methods involved include Fused Deposition Modelling, which passes thermoplastic material through a heated nozzle; various sintering technologies which apply energy in some way to a material, often alloys, to harden it; Laminated Object Modelling where layers of adhesive-coated paper, plastic, or metal laminates are glues together layers of adhesive coated material and cuts it to shape with a knife or laser cutter; and Stereolithography itself which cures a photo-reactive resin with a UV laser or similar and disposes of unused material as it goes.

Most consumer-grade machines use Fused Deposition Modelling, though it may be called other things such as Fused Filament Fabrication to avoid the fairly active legal scene — patent trolls, patent infringements, copyright disputes etc — developing around the technology.

Potentially: everything. There is an awful lot of hype surrounding 3D printing, not helped by the fact that so many projects involving it are trying to ascend the hyperbole curve and stand out from the crowd on the likes of Kickstarter.

In many ways its uses collapse into two separate and distinct camps: industrial and domestic.

Industry already has, of course, many various ways to make things. But what 3D printing brings to the table in the here and now is first, the ability to prototype things extremely quickly (especially when linked directly to the sort of software that Autodesk develops) and second, a quick and efficient way of making things that need to be rapidly customisable (prosthetics and medical implants, for example). It’s already doing this and more and you only have to follow the various 3D printing blogs (www.3dprint.com is a good one) to come across a succession of new uses on a daily basis. At time of writing this included a prosthetic arm for a six year old boy and an entire whale skeleton for the Smithsonian museum in the past 24 hours, not to mention a slew of new machines and projects aimed at the domestic market.

And camera parts? Of course, though the acrylic lenses produced to date need work.

The domestic market is where things are starting to get really interesting, of course. Toys, shoes, bikinis and yes, inevitably, guns too (with ideologically-driven organisations such as Defense Distributed set up in the US to make them freely available)...All these things and more can be printed at home providing a) you have the necessary pattern b) aren’t afraid of a bit of self-assembly and c) don’t mind your newly printed goods being made of plastic. Oh, and d) don’t mind your printed gun in all likelihood exploding as soon as you try and fire it.

But these are comparatively early days. And with the prices of printers coming down at the same time as the technology is advancing at a rapid rate, there is more to come. Which leads us to...

Marketing types like to throw the word ‘disruptive’ around to describe any technology they’re promoting, and while few technologies genuinely are, 3D printing has the potential to change many, many things.

Proponents of a Maker-future see houses all having a printer and making many of their domestic goods from them, especially as the number of materials that can be used or convincingly recreated expands (wood has already been quite successfully imitated). This, of course, rather short circuits no less a thing than the established means of manufacturing, sale and distribution (ie pretty much the entire capitalist economy).

The big parcel companies, UPS and FedEx amongst them, are among those already seriously looking at ways they can stay in the game a bit longer by leveraging their decentralised facilities and becoming printing centres for larger, more complex parts if it all takes off. The retail industry, meanwhile, must be just collectively hoping that the whole thing goes away, once it’s finished selling 3D printers to us all first, of course.

It’s not time to enter the Star Trek replicator age and usher in post-scarcity economies just yet, though. The OpenReflex camera by Léo Marius, by way of an example, has won a decent clutch of awards and showcases both what the technology is capable of and its limitations. Essentially it’s an analogue camera with a mirror viewfinder and a finger activated mechanical shutter that captures frames at approximately 1/60 of a second. All parts are separate files (the lens is, of course, bought) that can be downloaded from Thingiverse and print time is approximately 15 hours, with under an hour of assembly promised.

On the one hand it’s fairly amazing: A working camera! Printed at home! On the other it’s a bit disappointing: Where’s the design sensibility? I’m sorry, did you say 15 hours? But it’s a good marker of where we are in the here and now and the next decade or so of development could certainly prove to be fascinating. Especially when you consider that Marius produced the OpenReflex camera as a Graduation project.

So, what can you buy now? A lot, simply, with new models coming on to the market pretty much every day.

Amazon.com’s best selling model, meanwhile, is XYZPrinting’s Da Vinci 1.0 which costs $529 and gives a 7.8in cube build volume. 1.3lb filament cartridges are $28 each.

And yes, the business model does rather depend on selling the cartridges to consumers once again: they’re not called printers for nothing.

Most consumer grade machines are FDM models, but Autodesk plans to up the ante by not only bringing true stereolithography to a reportedly sub $5000 pricepoint, but also making its machine an open source platform and positively encouraging other developers to manufacture it. This could bring the price down significantly in fairly short order, especially given its wider role in the company's Spark initiative.

Spark is billed as an open software platform for 3D printing which Autodesk promises will make it more reliable yet simpler to print 3D models, not to mention easier to control how that model is actually printed.

“Spark will be open and freely licensable to hardware manufacturers and others who are interested,” commented Autodesk CEO, Carl Bass at launch. “Same for our 3D printer – the design of the printer will be made publicly available to allow for further development and experimentation. The printer will be able to use a broad range of materials, made by us and by others, and we look forward to lots of exploration into new materials."

As does everyone else. According to research firm Gartner, just under 100,000 3D printers are projected to sell in 2014, with that number doubling in 2015. If Autodesk and their ilk get it right, though, the numbers could accelerate impressively from there.