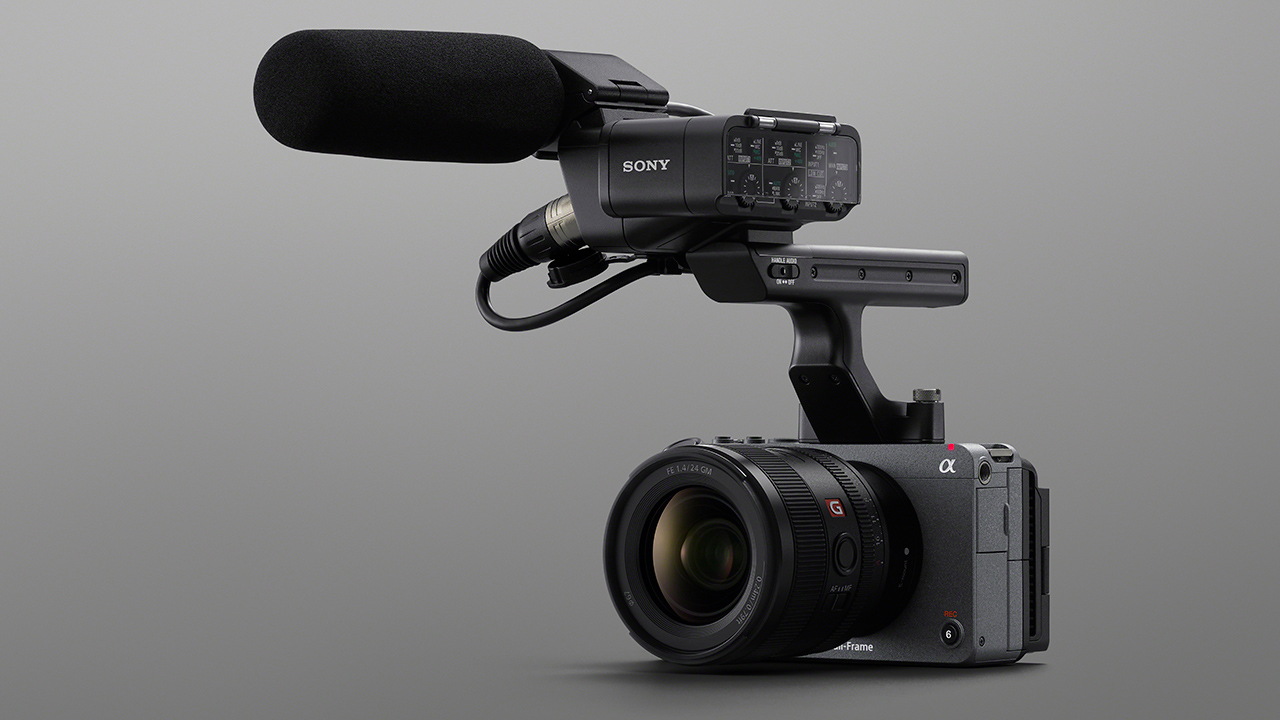 Sony has announced the FX3, the latest, and smallest, in its Cinema Line of cameras, and one that is sure to get a few heads turning.

It could just be me, but it seems that it is impossible for any given company to keep a camera under wraps for long. Images, accurate ones as it turns out, of the FX3 have been circulating for a while now, although the absolute final specs could not be confirmed until today's announcement.

What is the Sony FX3?

The FX3 is sure to draw comparisons to Blackmagic Design's Pocket Cinema Camera series. Like those cameras the FX3 has what appears to be a hybrid mirrorless camera style design, but it is very much a dedicated video system. Closer inspection reveals a control and button layout, and even hand placement design that is also very focussed on video control. 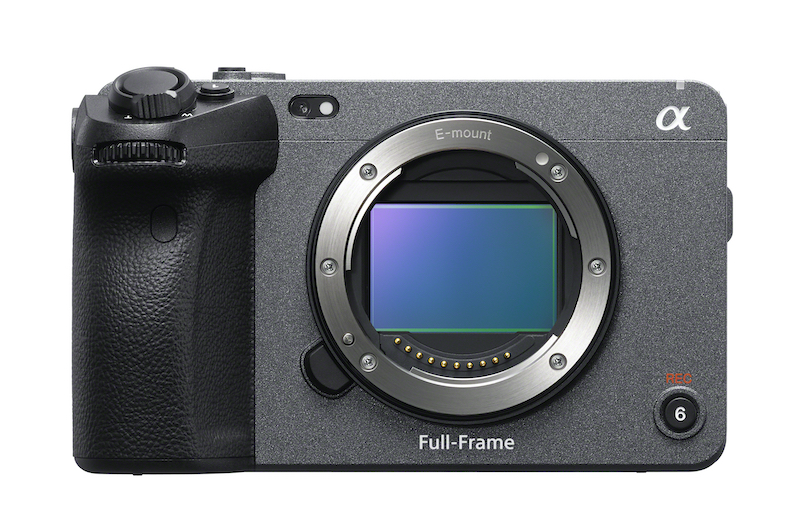 The FX3 shares its full-frame 12MP Exmor R sensor with the A7SIII, meaning that it shares the exceptional low light performance of its close cousin. Here are a few of the standout specs and capabilities

Let's take a closer look at what those specs mean, along with a few other things that the camera features.

Firstly the recording length. This is an out and out video camera, so recording is continuous, with no thermal issues. The fan can be set to automatically come on, or to only come on when not recording, thus enabling users to keep the set dead quiet during a take. Important when you consider how many people will likely purchase this camera for online Vlogging in a studio style setting.

The audio XLR inputs come by way of a module that is attached to the included detachable handle. Both the camera body and this supplied handle system include variously placed 1/4" screw threads for mounting different accessories. The important thing here is that you get full sized XLR audio in right out of the box, along with physical dials for input volume. 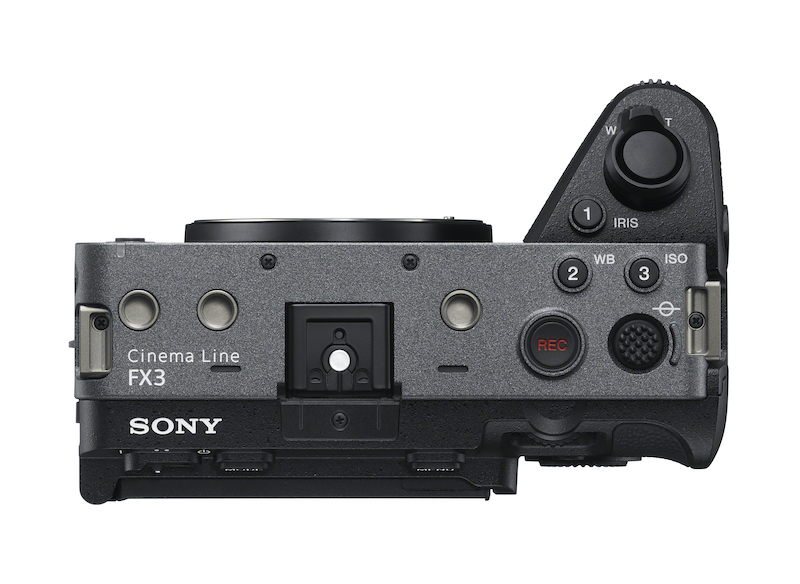 I did ask Sony about battery life and I will update this article once the information is sent to me, however you aren't just limited to the internal battery. As is becoming more common now the FX3 can be powered by a power bank via its USB-C port using PD (Power Delivery) charging capabilities.

The recording card slots are dual purpose, taking either a CFexpress or SD card within the same slot position. Sony told me that if users are using the fastest SD cards then it is possible to record most of the formats that the camera will do. However the highest datarate formats such as 120fps using the intra codec will require CFexpress cards.

Needless to say that the recording formats here are 10-bit, with the option of 16-bit raw output over HDMI, no doubt captured by devices such as the Ninja V eventually.

S-Cinetone is a great thing to see here, and Sony were pushing this more than S-log. With manufacturers like Fuji pushing in-camera looks, and BMD with its own out-of-the-box colour science, I'm hoping that the idea of getting most of the look in camera is coming back somewhat. S-Cinetone has a lot of fans, and it is good to see it included here.

Importantly Sony has included its very capable autofocus system, with full face and eye recognition along with a five-axis in-body stabilisation system. Stabilisation of footage can also take place using the free Sony Catalyst Browse software, which takes the gyro data from the camera in the recording to adjust the footage post-filming.

Aside from including a top handle with an integrated XLR module, the controls on the FX3 have been designed with full consideration of handheld video use in mind. For starters the body has been designed such that the thumb can easily reach all important controls on the rear of the body. There's also a zoom lever placed right where the index finger can access it for compatible motorised lenses.

Users can also instantly isolate functions between auto and manual functionality on the fly, for example if you quickly needed the camera to take over ISO duties or exposure. You don't need to take an all or nothing approach, you can let the camera take care of what you need it to, and then instantly switch the function back to manual control when required. This would be useful in fast moving scenarios, such as going from a bright outdoor situation to a darker indoor one with mixed white balance.

The rear screen on the camera is a fully articulating affair, so it can be opened right out and set to a mirror position for self shooting.

Not surprisingly the FX3 features Sony's E-mount system, opening it up to a vast array of lenses, both Sony and from other mount systems via adaptors.

The Sony FX3 looks to be a strong contender in the world of small form cine-cameras. The mirrorless style form-factor might not to be to everyone's tastes, just as the Pocket Cinema Camera can split opinion, too. However it is clear that Sony has thought about some of features users would like to see on a camera like this. The only aspect it is missing is built in ND, which from what we were told would be complicated to implement in a camera this size while keeping the AF and IBIS system.