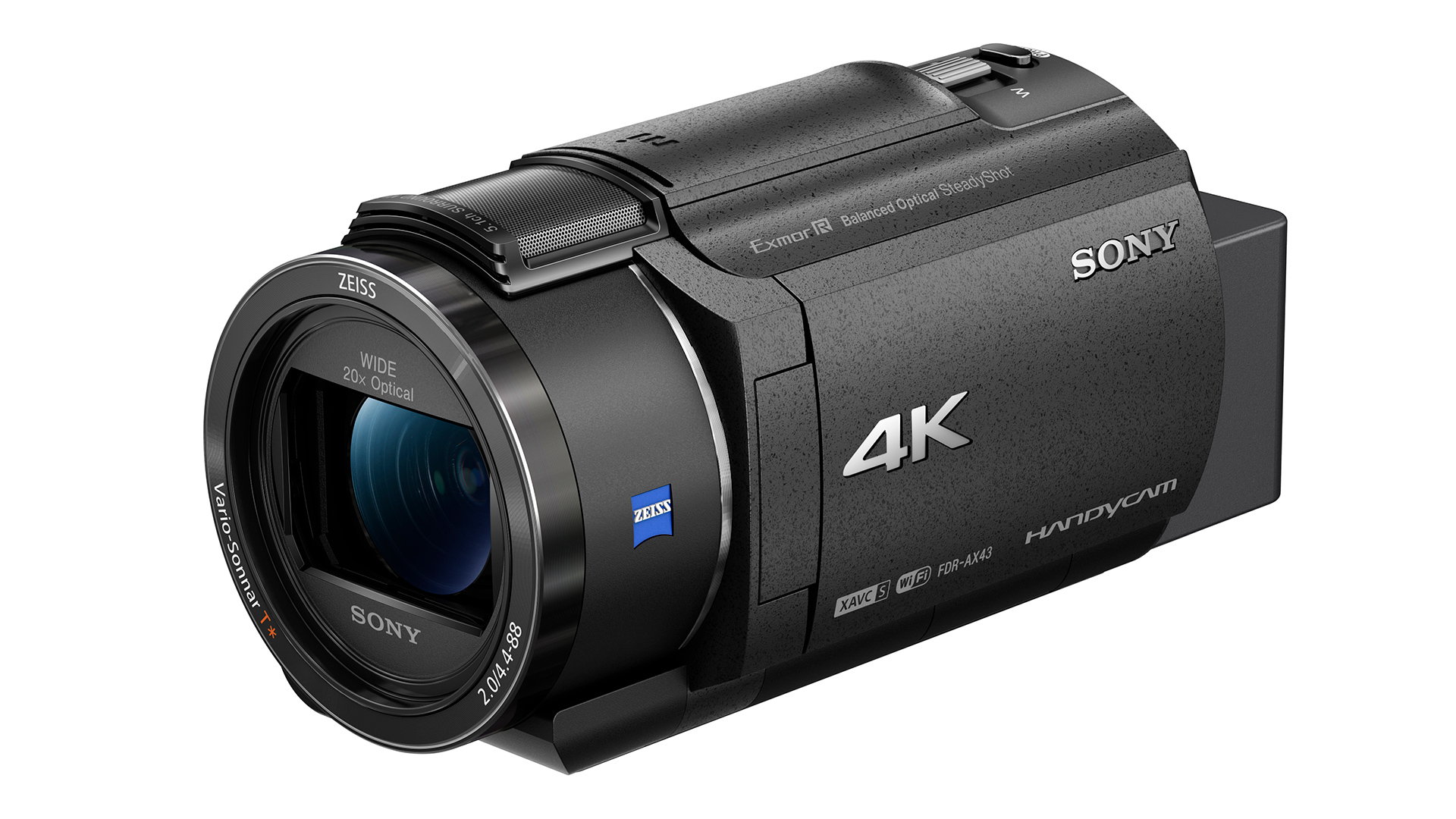 Normally we would not cover consumer designated product lines, but this camera has a unique new feature that makes it well worth our consideration.

The AX43 is clearly positioned as a V-logging camera which is highly desirable these days. Borrowing from the current Sony standards, it has auto focus face detection. Note that it is strictly a Rec. 709 device—no LOG or HLG.

Sony’s Clear Image Zoom provides almost lossless additional zoom of 30x in 4K and 40x in HD. This is found now within virtually all Sony sensors.

Optional accessories include a remote control handgrip, which really is a necessity for stable  operation of the camera, particularly with such a small device, as well as several external microphone options. 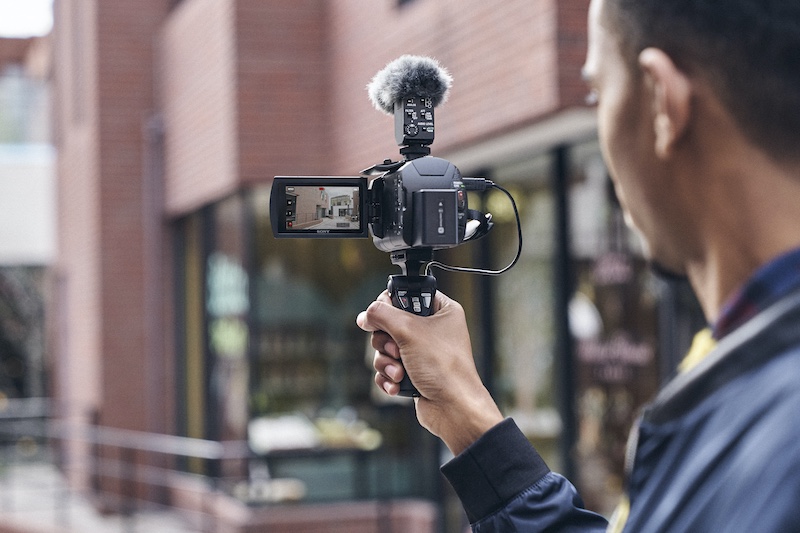 The unique feature though is its stabilisation system. Sony refers to it as Balanced Optical SteadyShot with Intelligent Active mode (5-axis). Practically speaking that gives gimbal-like stabilisation. We have seen such stabilisation in action cameras, but this is really a first in the video-dedicated true camcorder space.

Yet the camera lacks a few important features which would add to its value as a V-Logging as well as just plain old video acquisition device.

The first of these is ND filters. Neutral Density filters are not unheard of in small cameras and while one might argue that the typical point and shoot user merely depends upon fully automatic use of a camera, the ability to control light adds value to creative expression. Part of what has come to differentiate the traditional video camera from the action camera or mirrorless camera in video mode is the inclusion of built-in ND.

A second equally significant omission is direct wireless communication. The one-touch remote and one-touch sharing features allow transfer to a smart phone or tablet. Files can then be uploaded or shared. But a camera targeting this space needs to have wireless streaming capabilities. That could certainly be implemented even using a tablet or smartphone as a live streaming device.

One little design quibble. The camera itself is such a neat little package. That is, until you hang a battery off the back. The larger battery protrudes and just seems to throw the device off-balance visually and having handled similar cameras, it makes hand holding all the more difficult. This is another reason for shooting it with the optional zoom handle.

Nonethless, the AX43 represents an important advancement for on-the-run shooting for enthusiasts, V-Loggers and filmmakers. The stabilization overcomes a key obstacle for compact shooting, eliminating both the cost and bulk of add-on gimbals. And with a rich feature set, proven Zeiss Vario-Sonnar T* optics and compact form factor, it is well worth users’ consideration.