Reflecmedia: An evolution in green screen 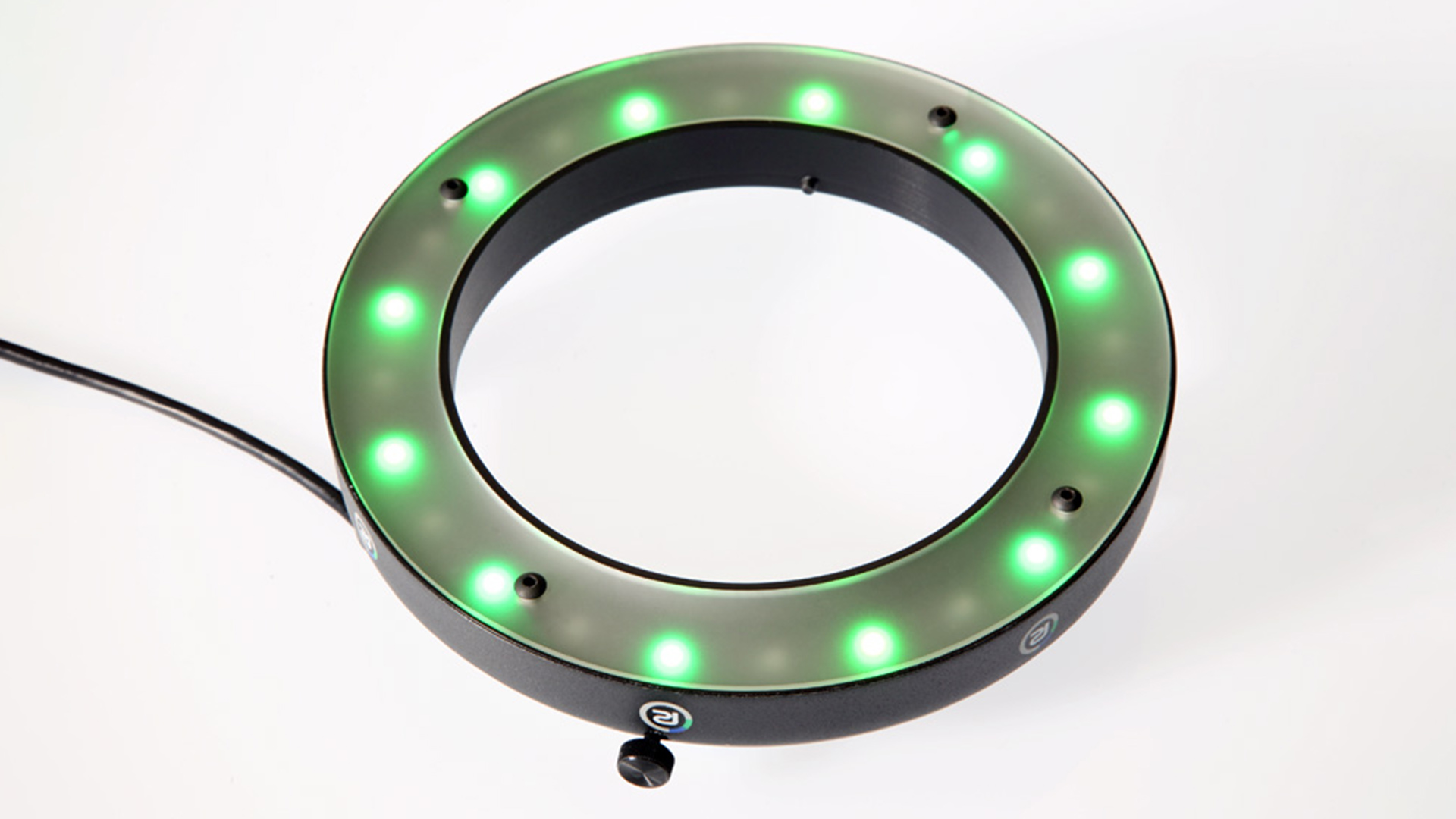 Review: Reflecmedia has developed a clever solution to facilitate shooting green screen footage. The idea behind it is to simplify the process of lighting a green screen and to deliver a more even green to make chroma keying easier. The DVEStore in Everett, WA loaned me a kit with a 9x9 curtain for a shoot so that I could find out how well it works on a film set.

The system consists of three core parts. One is a proprietary screen with microscopic glass beads embedded in it. Next up is an LED ring light that mounts to the lens with a filter adapter. The final component is the control and power box.

The control box has an AC power adapter and a battery port, providing some flexibility there. It uses Sony camcorder-style batteries. It has a small LCD display that shows the brightness level and buttons for raising and lowering the brightness. There's also a small, three-position slider switch. The middle is off, the other two select the LED colour, either blue or green.

The fabric that's included with the base kit is an 8x8 curtain called Chromatte with a sleeve on the top to facilitate hanging, as well as grommets on the sides for the same.

Reflecmedia offers its proprietary fabric in other sizes and formats, including a 2.1 square meter (7 square feet) collapsible frame version called ChromaFlex, larger fabrics up to 5x4 meters (16x13 feet), and a foam pad called Chromatte, designed to hold to being walked on. This version is available as 2x1.4 meter tiles and there's a Chromatte tape available to join them together as well. The base kit can be had for $2100, and the 5x4 meter Chromatte is $7925. 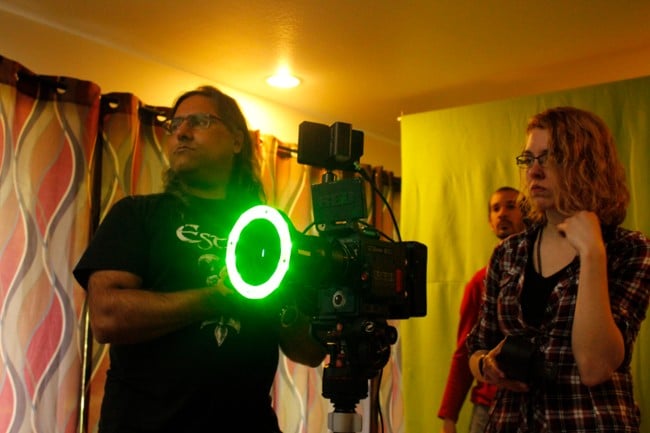 How to set it up

One of the benefits of the chroma key colour being visible only on camera is that there's no spill, so there's no penalty to placing the talent close to the screen, which is useful in smaller rooms. There's no need to light the screen as long as it's big enough for the talent, so the lighting setups can be simpler as well.

The main use for the brightness adjustment on the controller is to compensate for the distance between the camera and the screen, but it can also help to separate the tone of the screen from the talent, if necessary. Since it doesn't cast any spill onto the talent, just adjust it to the right level for the shot and that's it. 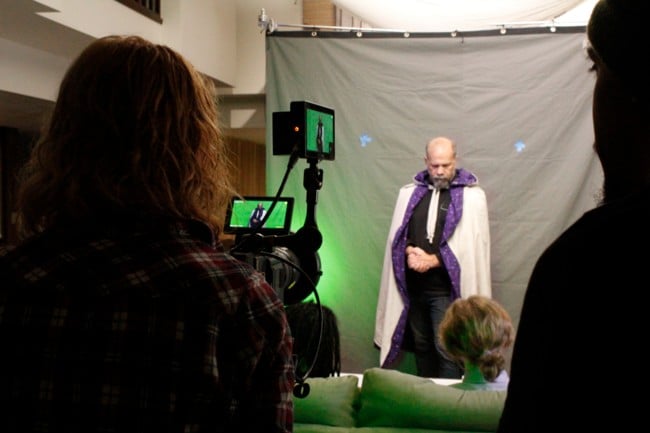 There are some things to keep in mind when using this system.

Since the screen is illuminated by the ring light on the camera, when an actor is far enough from the screen, the shadow they cast on the screen looks like a halo on camera. Using a deeper depth of field than usual helps with this, but when I pulled a rough key in Mistika, the result was impressively clean. It will most likely require some matte finessing to get a production-quality key, but the rough key was a good starting point.

During a shot where we had the camera close to a foreground actor, the green spill on the actor's clothing was a bit of a concern. Lighting that area with a purple light cancelled it out pretty well. Fortunately, the purple highlight worked for the film; that might not always be the case. 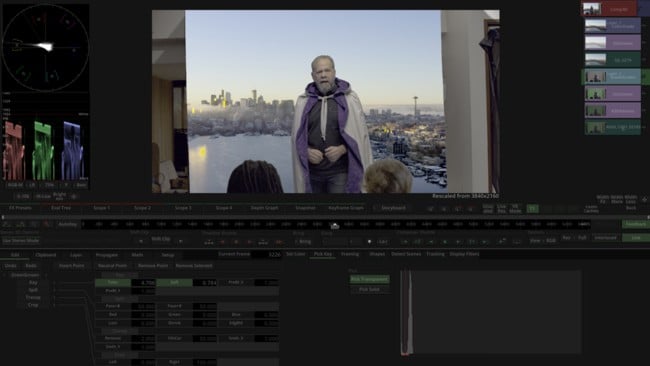 Because of the reflective nature of the Chromatte material, it's inadvisable to use it in bright light; sunlight will wash it out, as can a very bright key light. If the talent is very close to the screen, even though they'll remain spill-free, it can be challenging to give them a rim light without washing out the chromakey colour.

Due to the glass beads, the Chromatte fabrics require a bit of care to keep them clean. The beads can get scuffed up if treated roughly, but packing the fabric with the shiny side inward and not walking on it will do a good job of protecting the surfaces.

In spite of the caveats, the Reflecmdia system works well and can save time and effort in setting up talking head interviews. It's a great solution for a production company that films a lot of talking head videos with minimal setup time and doesn't always have room to move the talent far enough from the green screen to prevent spill.