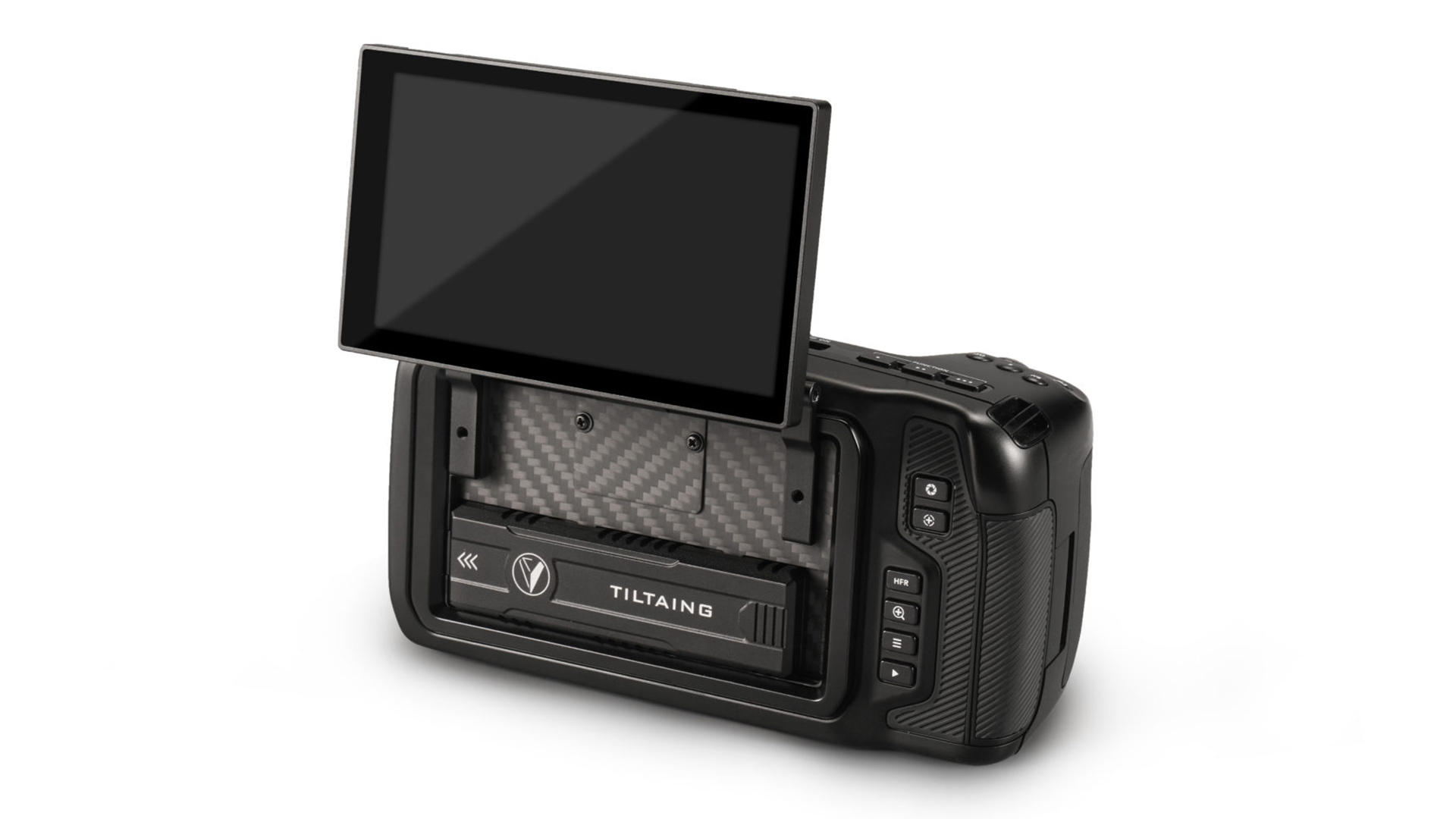 For those lamenting the lack of a tiltable display on the BMPCC 4K/6K Tilta's new display mod will take the usability of the camera to new levels in many more ways than one.

Tilta's BMPCC 4K/6K screen mod was first shown at trade shows last year and understandably garnered a lot of attention. One of the biggest criticisms of the cameras is that there's no moveable display. Tilta's modification changes all that, and a lot more besides.

The modification is the inaugural product from the Tiltaing Developer project, which was set up to develop a whole new generation of filmmaking tools by allowing anyone to submit ideas to be developed.

Once installed, the modified screen will sit in pretty much the same position as the original, with only some hinges at the top giving the game away that it is different. 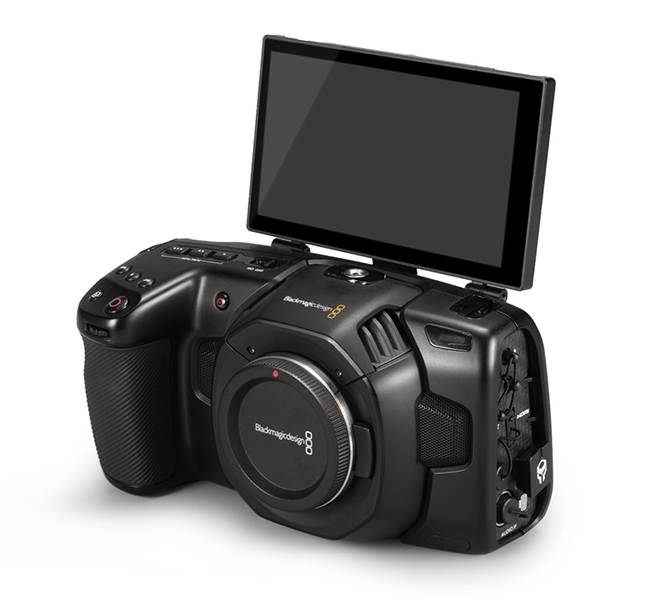 It's constructed from a mixture of lightweight metal and carbon fibre and weighs around 66g. So adding it changes the weight of the original camera only slightly.

Self shooters and blogger will find the screen highly useful due to its 180 degree flip ability. Currently the monitor doesn't support an image flip option, which limits things initially. However Tilta have promised this will be coming in a firmware update.

The new mod has another trick up its sleeve, though. And that's the ability to mount an M.2 SSD into the BMPCC body, where it will be hidden by the monitor in its default position.

The mod does this by adding a new USB-C port inside the new installation, which is achieved by replacing the port side panel on the camera. There's a new bridge module so that there is still the ability to connect USB-C devices externally. Additionally the new mod adds an external control connector port so that a start/stop hand grip can be added. Tilta says that more camera control functions will be coming in firmware updates. 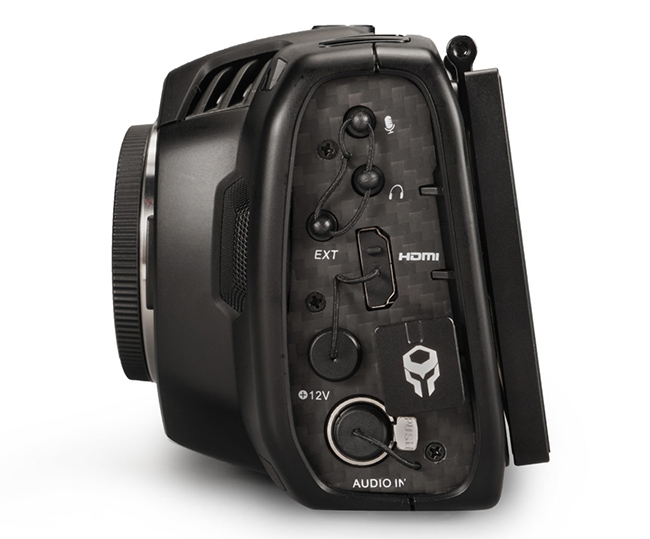 This new modification changes the game somewhat for the BMPCC. Because BRAW can be recorded internally there is minimal need for an external recorder/monitor like the Video Assist or Ninja V. But the lack of a flip screen until now has meant that such monitors are regularly attached.

The new modification does away with this need, which will help hugely with a portable and ergonomic setup. Particularly if it is matched with a simple half cage and battery side handle, this could make the BMPCC 4K/6K one of the most usable setups for this form factor type out there. Although it may require a dose of confidence for those feeling brave enough to install the modification themselves! 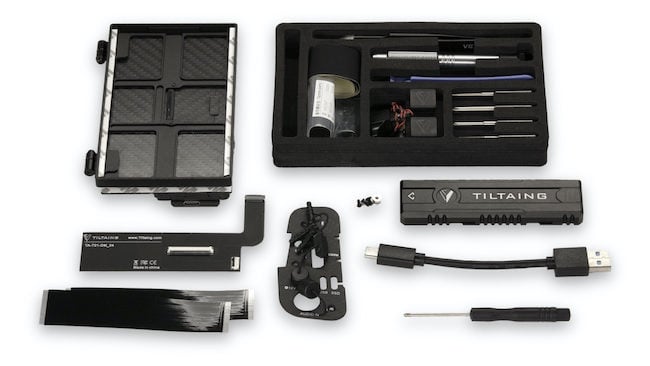 All the parts for the new DIY mod kit

The mod is normally self installation and has a base price of $279 for the SATA option and $299 for the NVMe option.

Currently only Tilta installed kits are available at an additional cost of $249, which includes return shipping. Though this is currently only available to US based customers. International customers will need to wait until the self install kits are shipping later this year. Find out more on the Tilta website.