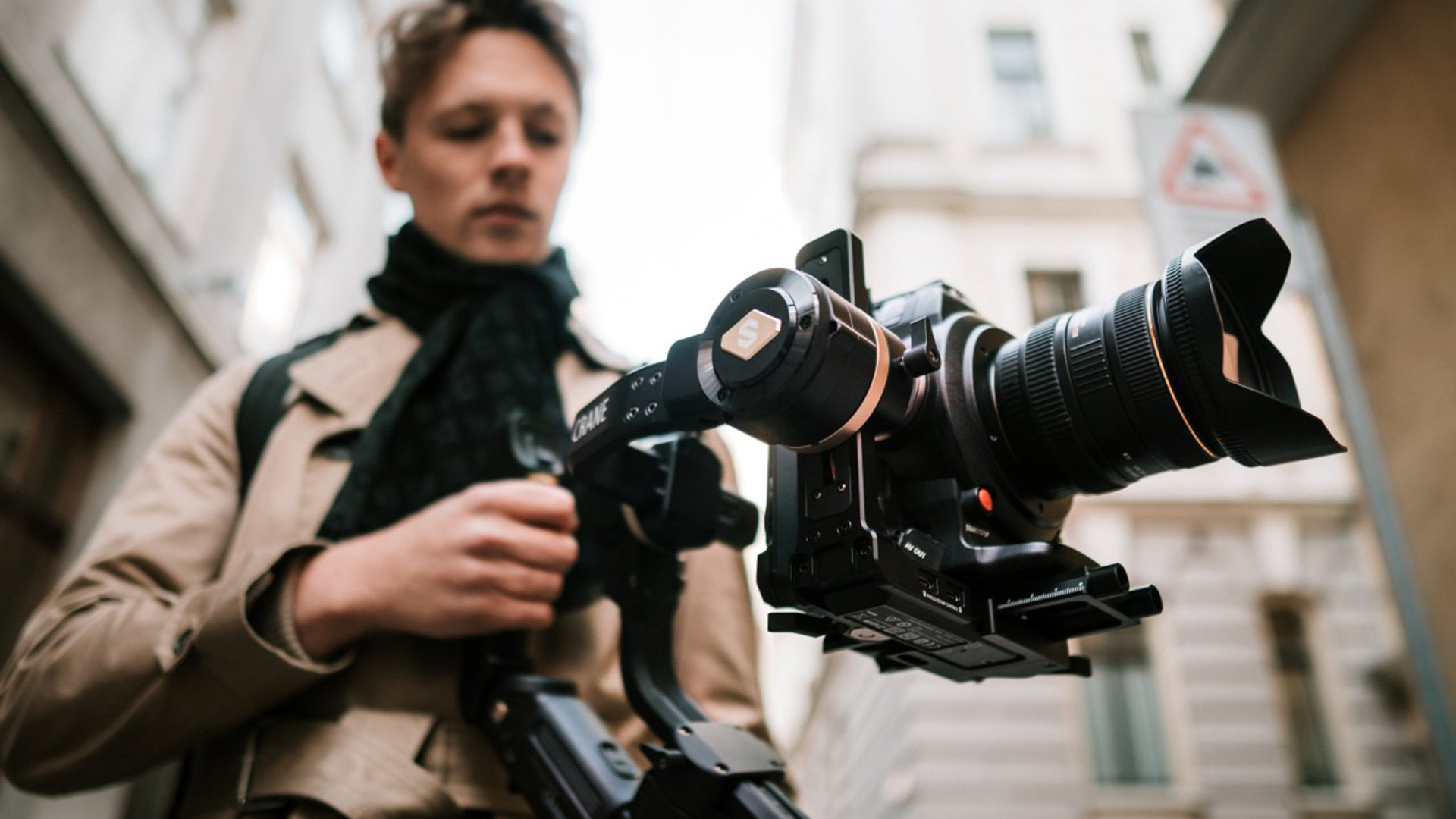 Zhiyun has announced a new modular designed CRANE 3S gimbal that caters for both heavier cameras and lighter ones alike.

Last year Zhiyun introduced the CRANE 3 LAB, which was the first gimbal with built in image transmission. It also had a unique design for holding and controlling it that set it apart from the competition.

Now the company has taken things further with the CRANE 3S, which aims to make it even more versatile.

To begin with the motors have had a serious upgrade. The company has even called them "SUPER" motors, which if nothing else sounds cool. But they do allow the device to handle up to a 6.5kg payload, which means that according to the company you could even mount a Sony FX9 to it if you wanted to. So there's clearly substance to the name. 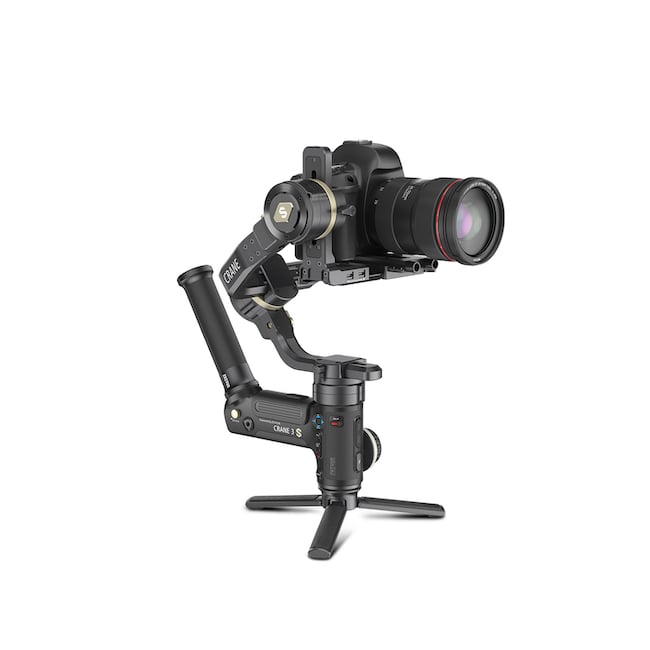 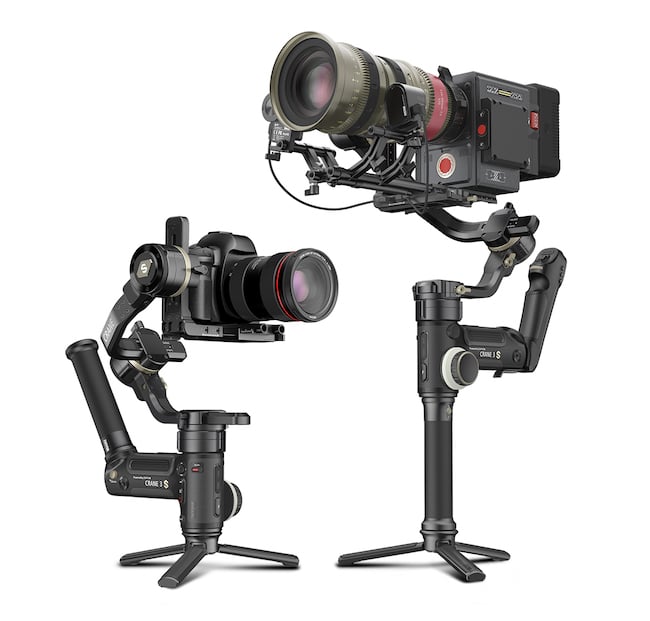 The modularity in the CRANE 3S comes from the motor acid and handles. The device includes an extension module that users can add to the roll axis. For smaller cameras removing this creates a more compact setup.

The CRANE 3S also gives users a choice of how to hold it. The EasySling handle option lets you extend the grip for more comfortable operation in both upright and underslung modes. Alternatively you can mount the SmartSling handle, which features a control panel and OLED screen, so that users can directly adjust camera and gimbal paremeters.

The handles also feature multiple thread holes so that accessories can be easily attached. 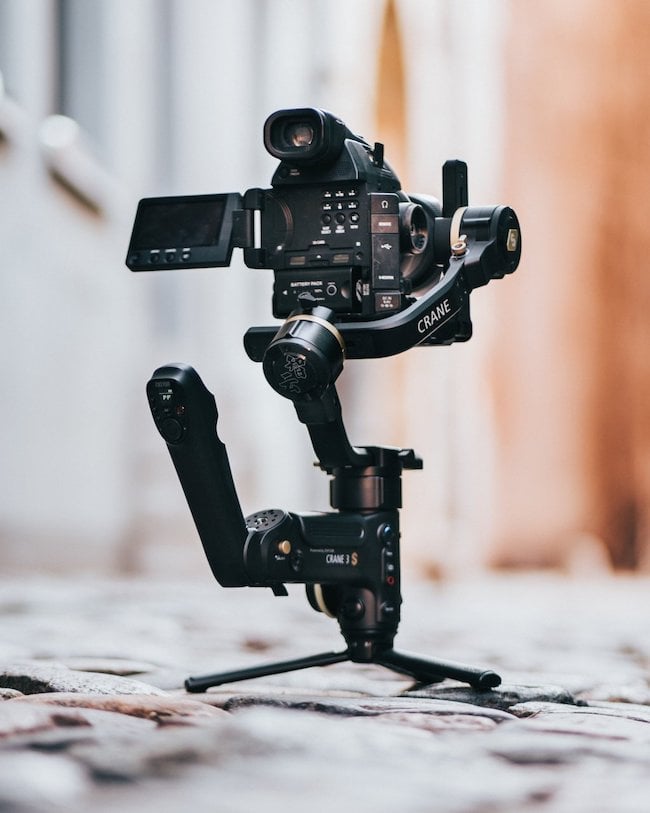 The CRANE 3S features a new battery pack with three 18650 format batteries. This enables it to run up to a claimed 12 hours of use. A DC in power port allows for up to 25.2 volts for direct charging.

With larger setups there's a TransMount PowerPlus Battery Pack, which is a compact fast charging power bank that can take six of the 18650 type batteries. Using this extends use to around 18 hours of continuous use. 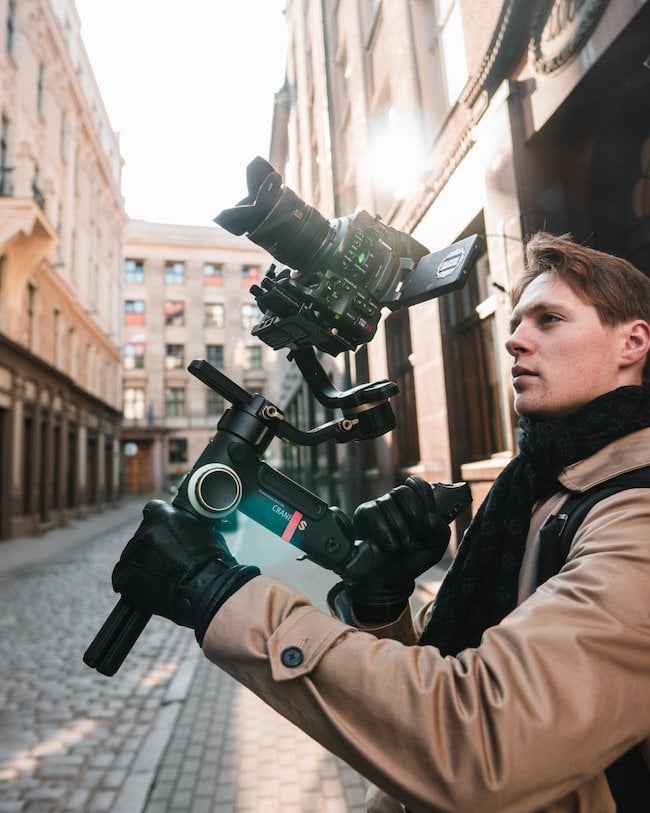 A newly designed locking system can lock all three axes without noticeable swinging. These can also be double locked for additional safety. The company has also added more lens support to the room and focus system.

Zhiyun claims that new algorithms lets the device respond with much increased speed and smoothness, as well as resist higher wind speeds. The roll axis has been designed for an unrestricted view and apparently allows enough space even for large cinema camera setups.

The TransMount image transmission module is fully compatible with the new gimbal, allowing video to be streaming to up to three monitoring devices including smartphones. A ViaTouch 2.0 system in the ZY Play app allows camera and gimbal parameters to be adjusted remotely, as well as remote control over the gimbal itself.

Zhiyun will be held a debut video live stream including Q&A session, which can be watched below.

There's also a short 1 minute long promo video for the new device below.