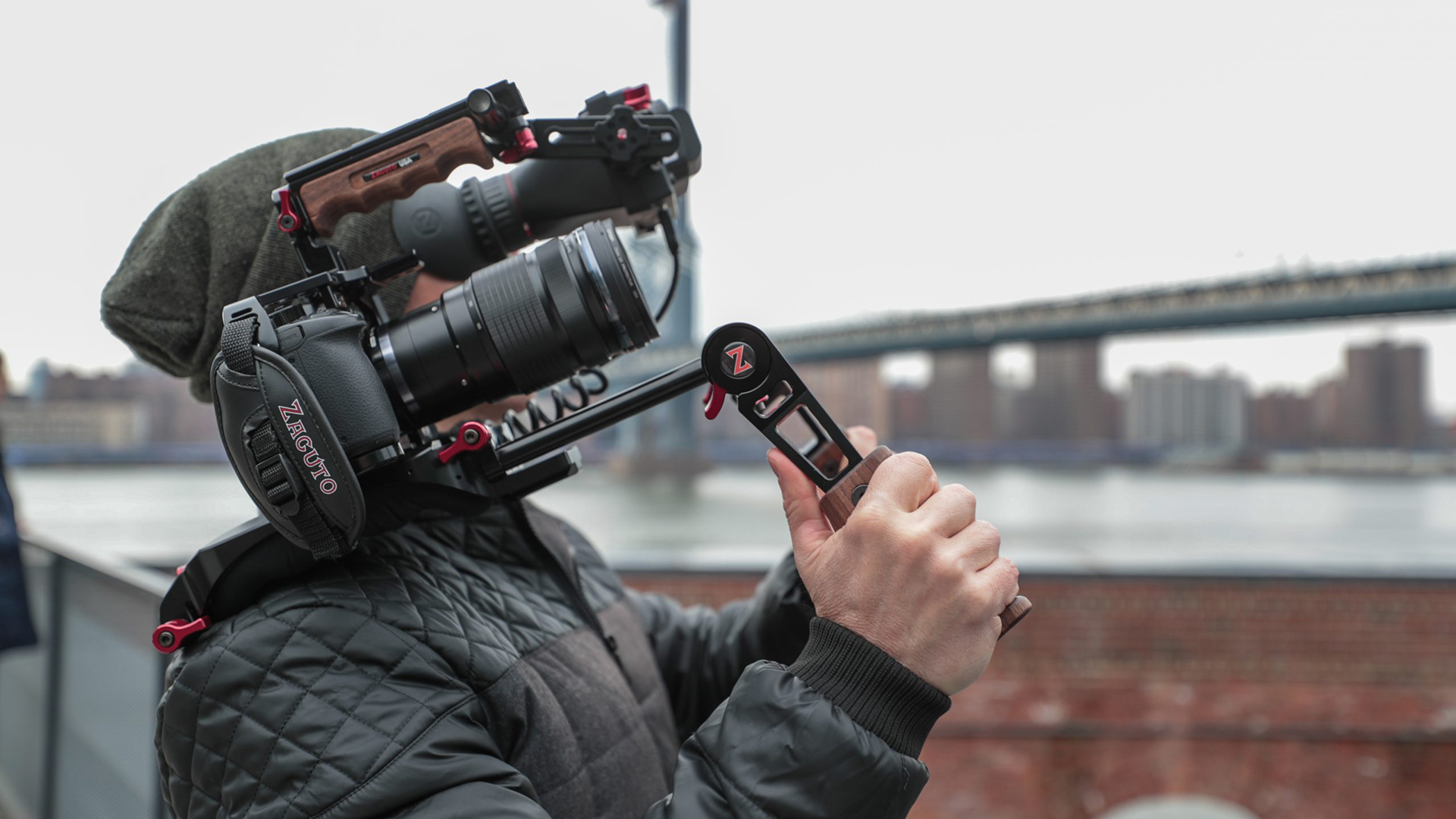 Zacuto has unveiled their new, versatile ACT Recoil Rigs that are compatible with any available DSLR and DSLM cameras on the market. These rigs are made for balance, and can be configured for shoulder mount, handheld, tripod, cage and more. Plus, they’re compatible with Arca-Swiss quick release systems, and they include a free EVF to monitor the action.

Zacuto is well known for their components and Recoil Rigs specific to cinema cameras. The company has now introduced their ACT Recoil Rigs for DSLRs and mirrorless cameras (DSLM), with Acra-Swiss compatibility.

Filmmakers and videographers will be able to use their mirrorless and DSLR cameras like a shoulder mount camera. It’s ideal for those moving towards a smaller form factor, but need the balance and feel of a larger camera. It’s also great for those moving into dedicated video, like photographers.

The new ACT Recoil Rigs come with 6 primary components, with balance being an important part of the overall design Plus, these components can be adjusted for maximum comfort. 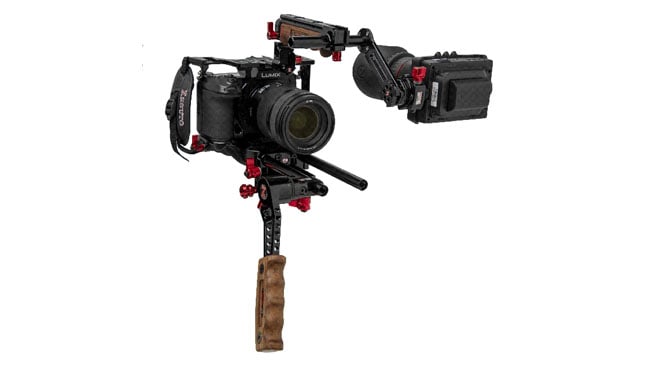 The new ACT Recoil system set up with a Panasonic S1H

The camera cage comes in 2 options, universal for nearly any camera, big or small, or cages for specific cameras. These include:

There is also an option for no cage.

Zacuto promises the ACT Recoil Rigs are ready for action, right out of the box. They went with a minimalist design, so things aren’t overly complicated. Filmmakers and videographers want to shoot, not waste time setting their camera rig up.

The ACT Recoil Rigs are versatile, and can be used as a shoulder mount, handheld or on a tripod. The company also says cameras can be mounted onto a slider, gimbal or dolly via the ACT Mounting Plate.

The prices for the new Zacuto ACT Recoil Rigs start at $850, which doesn’t include a camera cage. Add the cage, and the price is $1450. They also have more accessories, such as advanced EVFs, which add to the cost.

Zacuto understands there are plenty of videographers and filmmakers using DSLRs and mirrorless cameras. Having a balanced system with the ACT Recoil Rig is great for smooth shots, plus there’s the option of mounting it to a tripod or slider, plus going handheld. For more information visit Zacuto’s site.