Canon gets connected in the cloud 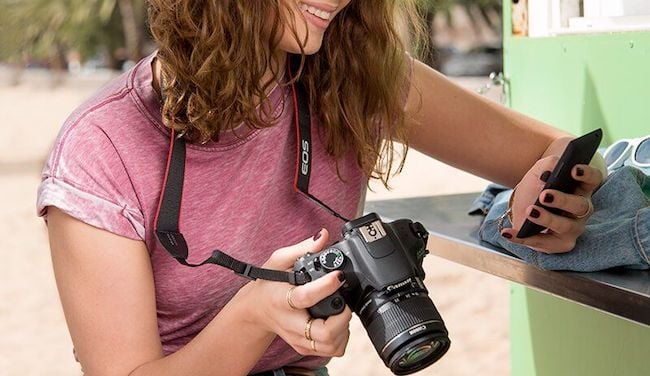 image.canon promises to move your pictures from camera to cloud and onto your phone seamlessly and automatically

image.canon is a new service launching in April that enables Canon users to connect, share and store their images seamlessly across cameras and devices.

If all this sounds vaguely familiar, then that’s because Canon users already have access to the Canon iMAGE Gateway online album service. This is going to be shuttered from mid-March onwards while the new, more fully featured image.canon service rolls out.

It’s a free service that essentially places users’ images and videos sent automatically (in 2020 cameras on) or manually in their original quality from most Wi-Fi enabled Canon cameras into a central hub. From here they can be delivered onwards to devices and web services including Google Drive, Flickr, and YouTube.

The new service lets users store everything, including raw images and 4K video files, for 30 days, after which it gets deleted. The idea is that in that time it gets moved onwards to longer term storage, though social media sized thumbs of all images are created and stored in a personal library, and users also have access to 10GB of long-term storage for their most important images and movies.

Adobe Creative Cloud and Google compatibility is planned to launch in June 2020. The partnership with Google will include original quality back-up with Google Photos via Google One, and a membership plan for extended storage.