The Edelkrone JibONE has advanced motion control, even for self shooters 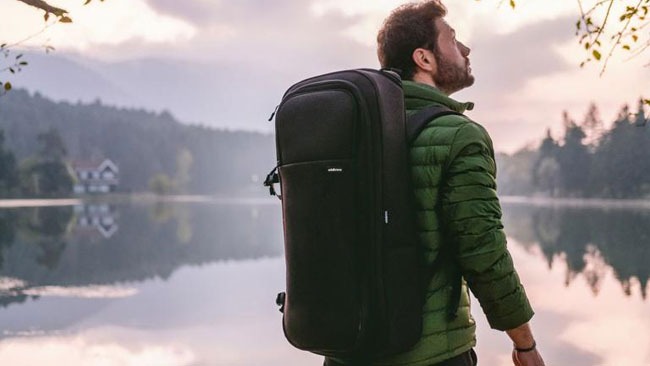 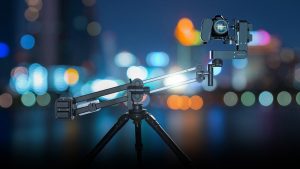 Edelkrone has made a name for itself with its famous camera sliders, giving filmmakers and videographers professional quality results. Now, the company has introduced JibONE, a motion control jib promising “silky smooth motion,” perfect for DSLRs and small cinema cameras, and can be controlled by a mobile device.

Right off the bat, the biggest advantages to the edelkrone JibONE include being able to quickly set it up, easily move it around for new angles, and control it from a mobile device via their app, which is available for iOS and Android.

You can set up specific shots with smooth and professional motion, plus it can be set to repeat if you need to do more than one take, or loop during action shots or an interview. And the best part is the JibONE promises to be silent, helping to keep down distracting, unwanted sound.

The JibONE is ideal for those working alone, with a crew, or starring in their own productions, but without a crew. With the app, you set up your shots, and edelkrone takes it from there, giving you continuous and fluid movement, plus more dynamic options than just locked down tripod shots.

There are three options when setting up the JibONE, including vertical for inclining shots; horizontal to get some slider-style shots; and diagonal at every 22.5 degrees, to get a mix of both. And the camera angle is maintained during movement.

The JibONE also supports time-lapse, giving you smooth movement during the filming, from two simple keyposes, or much more complex movements. The app takes care of whichever shots you’d like to set up for time-lapse. 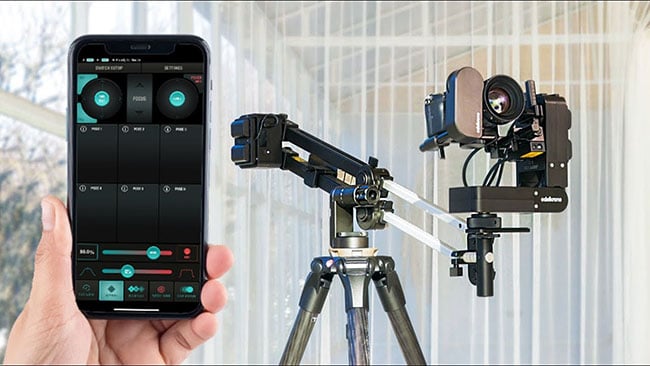 While using motion control is great, it can be used manually by hand, giving you more flexibility when operating the JibONE.

You can add the HeadONE (single and dual) or HeadPLUS, to give additional movement to your shots, all wirelessly. The app can set up some pretty cool and complex motion tracking shots when using the HeadONE or HeadPLUS with the JibONE.

With the HeadPLUS and JibONE, there are some additional options to get some terrific shots:

When broken down, the JibONE fits in the edelkrone Backpack (sold separately at $269 USD), and weighs just 12 lbs. (5.5 kg, not including the camera), with 4 counterweights at 2.2 lb. (1 kg) each, making it a very portable jib. 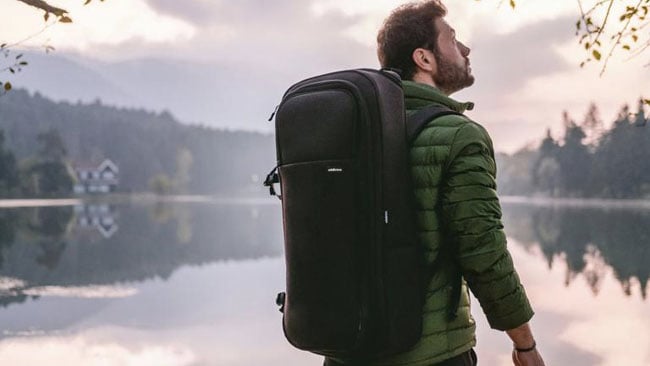 The edelkrone JibONE promises smooth motion control movements that you can pre-program in the app, giving your videos and films an ever more professional look. Priced at $1299 USD, it’s not an overly expensive jib, especially when factoring in the features. While the edelkrone Backpack, HeadONE and HeadPLUS are sold separately, they are worthy additions to the JibONE. Learn more at the Edelkrone website.