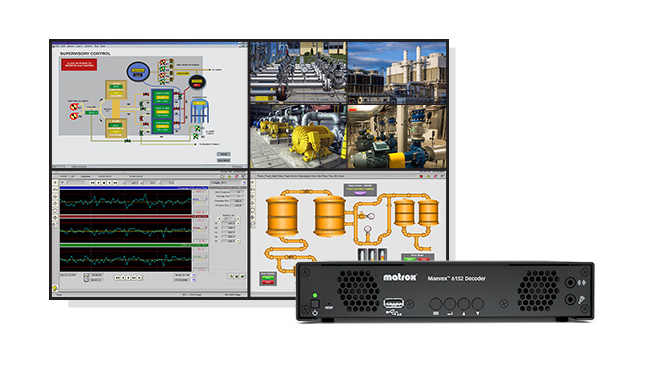 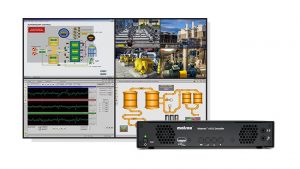 Need to decode HDCP streams? The Maevex 6152 could be the answer

Need to decode HDCP streams? The Maevex 6152 could be the answer

The new Maevex 6152 helps people showcase content from a wide variety of different sources including those using HDCP encryption such as Blu-ray players.

ISE 2020 takes place this week, and while already being hit by coronavirus with a whole host of Chinese companies not able to turn up for the show due to travel restrictions, there is still stuff to see and new products being launched.

One of the first out of the gate is the Matrox’s latest addition to the Maevex 6100 Series family, the Matrox Maevex 6152 quad 4K decoder.

It’s a useful bit of kit. The Maevex 6152 decodes up to four low latency 4K streams — or a number simply given as ‘many more’ lower res streams — across up to four 4K displays from a single, 1U, ½ rack appliance. Critically it also features HDCP support, meaning that it can decode incoming HDCP encrypted content from a variety of sources including external Blu-ray players, set-top boxes, and streaming video devices. This makes it a good fit for several of the markets that ISE tends to focus on, especially digital signage and education.

It also includes preset layouts providing users with the flexibility to target up to eight streams on a single screen. And the company is quick to point out the value of its Maevex PowerStream Plus software when it comes to ease of use, adding a raft of drag-and-drop stream and layout selection options and previews for quickly sketching out decoder output configurations.

Price is TBA but release is slated for the start of Q2.