FUJIFILM's new X-T200 mixes ease of use with power 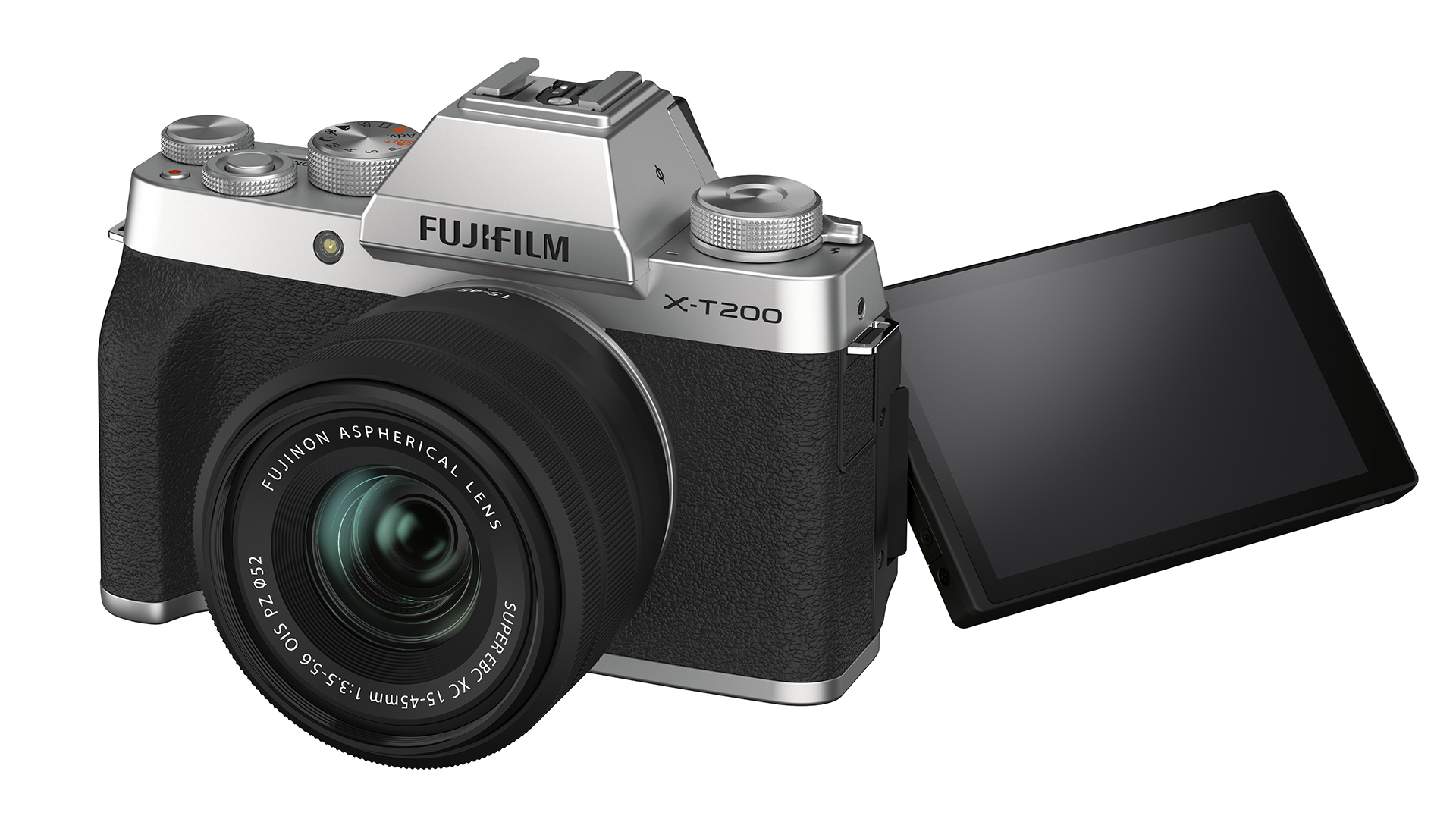 FUJIFILM's cameras have a devoted following due to a combination of great features and wonderful colour science. Its new X-T200 looks set to continue that tradition.

The new 24.2MP APS-C X Mount hybrid camera caters for 4K UHD video at up to 30fps, while offering a now pretty much standard 120fps capability in FHD. The video is produced by taking 1 6K frame and then downsampling to the final 4K recording format. The company makes no mention of a physical IBIS system, however it is touting the capabilities of an electronic stabilisation system that it features. This uses an internal gyro to calculate movement. While information about its true capabilities is sparse, it could be interesting to see how this compares, or is similar to, the HyperSmooth system in the current GoPro line. If it is, this could be something quite special. We shall see. 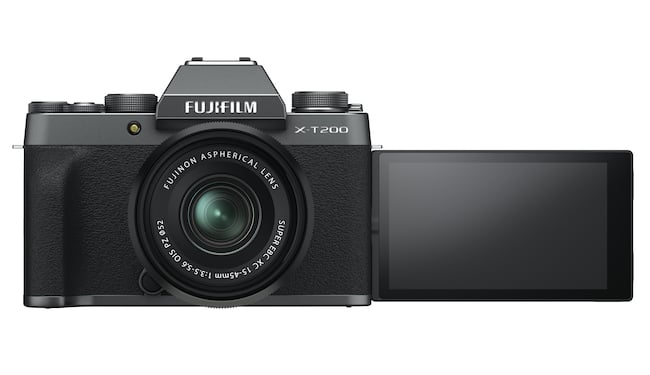 FUJIFILM claims that the X-T200 can process data 3.5 times faster than its predecessor, the X-T100, while also featuring much reduced rolling shutter artefacts.

A 3.5" 16:9 LCD features on the back, which can be opened and closed between 0 to 180 degrees and rotated between 90 to 180 degrees in the plus and minus ranges. On-sensor phase detection AF is present on the camera, and FUJIFILM claims that the object and person detecting has been improved to make locking onto the subject much faster. There's also automated functions such as "Main Subject Recognition" which allows you to select a subject to focus on, and you can then leave the camera to track it through the frame. The X-T200 is capable of burst speeds of up to 8fps. 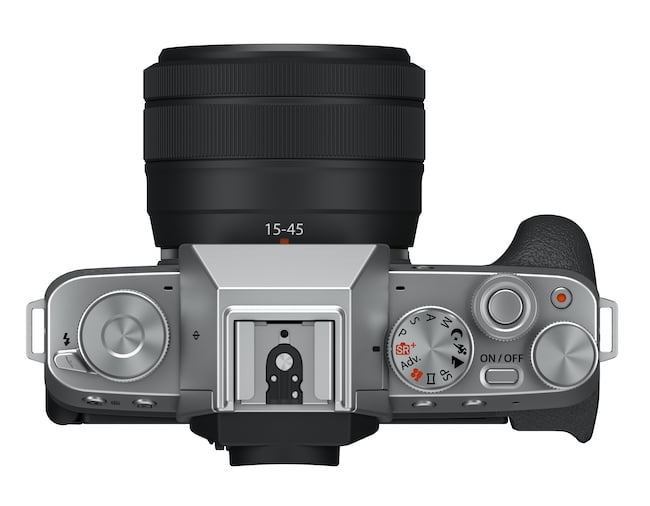 Colour science is one area in which FUJIFILM excels. The new camera should continue this tradition with eleven digital film simulation modes based upon famous film stocks. We don't currently have the full list of those included, but we would wager that they are along similar lines to other cameras in the company's range. Additionally there are 20 advanced filters, including a mysterious new "Clarity Filter". 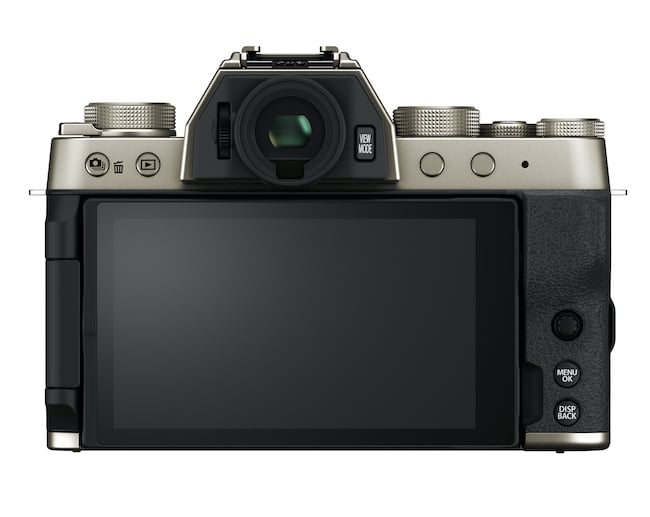 Basic in-camera editing functionality exists for video, with the ability to trim clips and then export them directly to your smartphone. 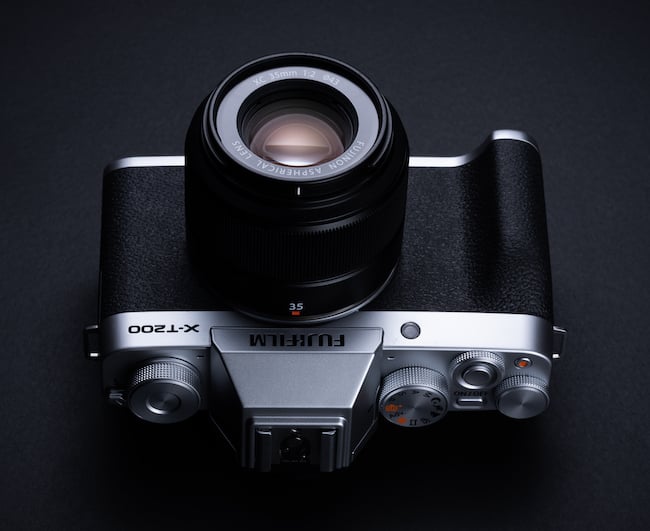 FUJIFILM is now bringing the total number of available G-Mount lenses to 13 with the announcement of three new pieces of glass that use the mount.

The first two are primes, with no release date as yet, but all three are aimed at the GFX mirrorless camera system, which uses a large format (43.8mm x 32.9mm) sensor.

The first in the new lineup is the FUJINON GF30mmF3.5 R WR. This is a wide angle lens aimed at landscape photography. The company claims that this will be a slim and lightweight lens.

The second is the GF80mmF1.7 R WR. This lens will be aimed at the portraiture market and will have the largest aperture in the entire GF line and will aim to deliver the same sort of quality delivered by the current GF100mmF2 R LM WR lens.

This is designed to slot into the range perfectly between the two other GF Zoom Lenses, the GF32-64mmF4 R LM WR and the GF100-200mmF5.6 R LM OIS WR. Used together this should keep you covered for most of the common focal lengths you'll need outside specialist use. 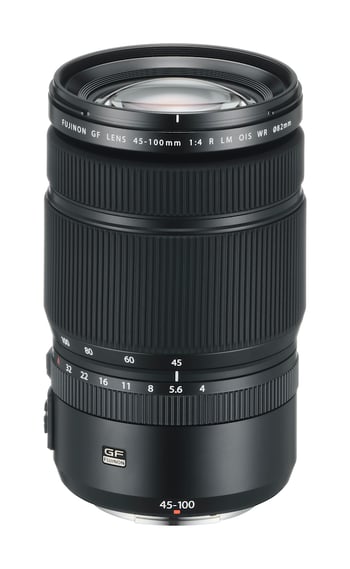 This lens features an internal "5-stop" OIS, one super ED lens element, and a claimed near silent high speed autofocus motor. It is also designed to take the worst the environment can throw at it, with full weather-resistant sealing.

It consists of 16 elements in 12 groups, including three aspherical elements, one Super ED element and one ED element to effectively control spherical aberration, field curvature and chromatic aberration. Despite its zoom range and the fact it is designed for such large sensors, it weighs in at a relatively light 1kg. 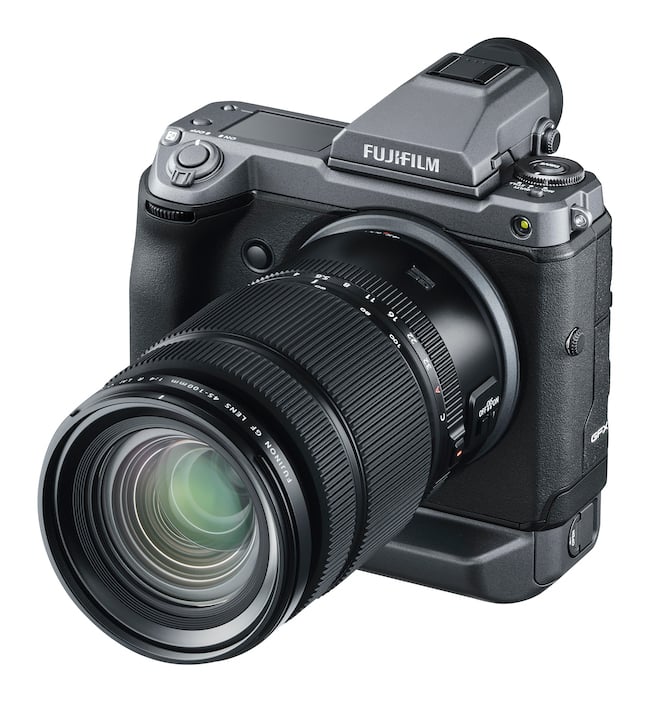 The GF45-100mmF4 R LM OIS WR will retail for $2299.95 USD in late February, while the other two prime lenses are still to be confirmed on both pricing and release date.