What will the next big visual revolution be? 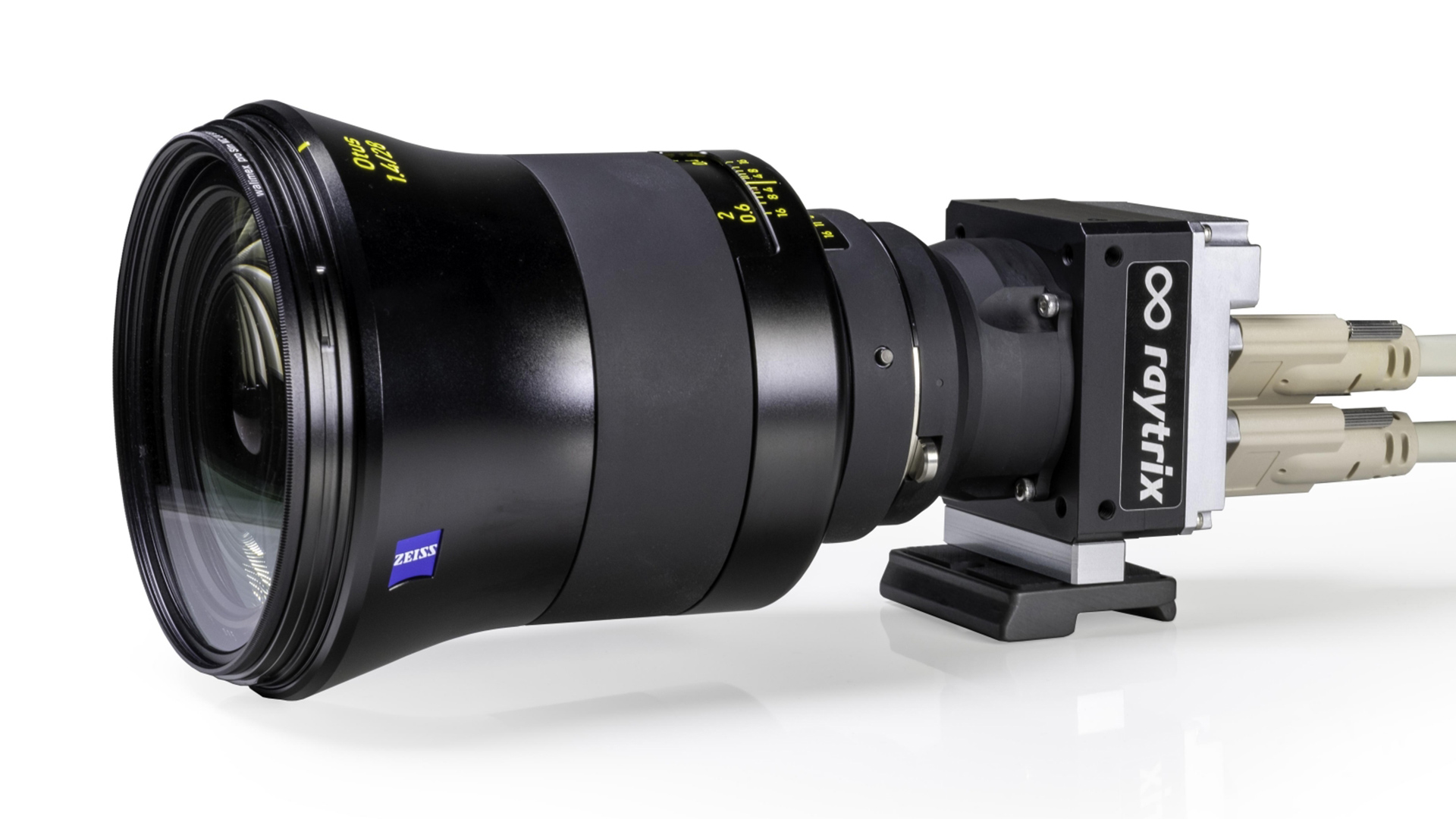 New visual technologies are often treated with suspicion. So the question that needs to be asked is, what do we really want from new advancements in video? And is there really truly a new visual revolution to be had?

When LCD televisions first arrived there were those who said we didn’t need them because CRTs were so much better. When HD came along there was very hardened opinion from some who said we didn’t need it. When 4K arrived those same people were now telling us that HD was good enough. When HDR came along, again there was a fairly vocal contingent who said it wasn’t really needed and is just a gimmick.

Whenever change comes along there will always be people who do not like it. But what I find a consistent puzzlement is why there is often so much resistance to new technology from an industry that is made on, well, new and advancing technology!

Occasionally objections are justified. But only through the lens of looking at a product from its very earliest versions. LCD televisions are a case in point. The black levels on the early screens were pretty bad on the ‘affordable’ displays, and they made the then common standard definition footage look particularly bad, particularly if it was highly compressed. LCDs are much sharper than CRTs,  And all those compression artefacts that used to get smoothed out by virtue of the way CRTs worked were now on show for all to see.

Amazingly, there are still people who lament the loss of CRT screens. Personally I can’t even look at them now without getting severe eye strain. The death of the CRT was a good thing. Particularly if you have any interest at all in room design. But that’s a separate point. 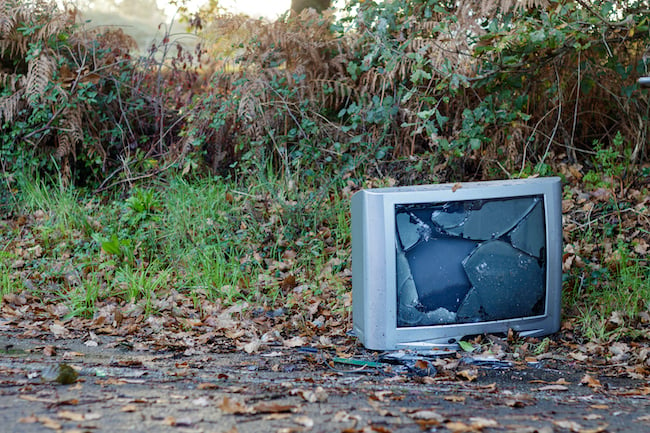 The best place for a CRT? Image: Shutterstock

Perhaps a lot of reluctance to advance or embrace new tech comes from the typical cynical production attitude of “It will cost more, and it’s yet another complicated thing to learn.” I can fully sympathise with this sentiment. It is often very hard to keep up with  technology even when it’s my job to report on it.

3D has pretty much fallen by the wayside now apart from in cinemas, and VR, while finding certain niches, isn’t mainstream yet, most likely because it suffers from very similar impracticalities to 3D. For a new technology to catch on it absolutely has to fulfil two criteria simultaneously. Firstly it has to be better than what came before it. Secondly it has to be more practical and convenient than what came before it. Until a new technology has achieved those two aims it will always remain either a niche, or it will fade away into obscurity, no matter how cool it is.

HDR has also fallen foul of this to some degree. It fulfils the first criteria by being much better than SDR, but while things are slightly  more straightforward for consumers, from a production standpoint HDR creates all sorts of headaches. From the need to create multiple grades, one for SDR and one for HDR, through to the need for much more critical monitoring, an even more critically setup lighting environment where the grading takes place, through to the expense of all the added gear you need. 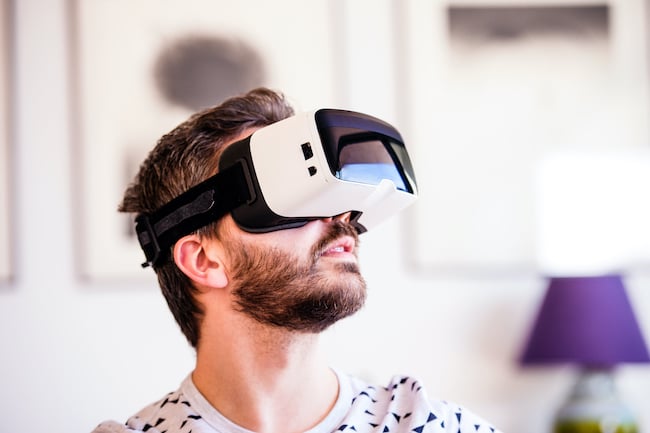 VR may be cool to be part of, but it means looking like this. Image: Shutterstock

It is therefore extremely easy to see why we are bombarded with ever increasing resolutions. 4K asnd 8K are all simple to understand and simple for the manufacturers to explain to us. Using the extra resolution is as straightforward as plugging the TV into the wall and playing out a compatible device to it. HDR has one big advantage from a consumer point of view. It is hard to buy a TV that isn’t labelled as HDR these days, even if some may find certain HDR designations questionable. But from the point of view of a video producer, particularly at the bread and butter end of the spectrum, producing videos to tight deadlines with comparatively low budgets, HDR remains a headache, and thus is still off a lot of people’s radars.

The question remains, then, what do we really want from our video hardware in the future? It’s all too easy to say that we just want more dynamic range, and better, deeper colour. But those things are a given. They are very much standard features for which manufacturers are improving on all the time.

The question of whether we want more immersion into our productions almost falls into the same discussion about 24 fps. What usually happens when any talk of frame rates comes up is the argument that we don’t actually want our films to be more real. That 24 fps gives us a dream like separation from the world portrayed on screen. It's as if making things more real somehow makes the storytelling less authentic.

It’s the same with VR and 3D. Do we really want to be within the story, like a real life observer? Both VR and 3D also suffer from failing that one critical criteria that all successful technology possesses, convenience. Both technologies make watching something less convenient and spontaneous.

What do we really, really want?

If we look at any progression of video beyond simply better colour and dynamic range, and if we really don’t want higher standard frame rates or higher resolutions, then the only logical way things can improve is with some other form of dimensionality. But if we don’t want 3D or VR either, how do we get it?

The most obvious solution is lightfield technology. This has been promised in a practical form for quite a few years now, but it has never been put in a properly usable camera. The biggest hurdle is the sheer amount of data that lightfield cameras produce. But the days of having a moving image lightfield camera that isn’t the size of a house may soon be upon us, as recent developments show. 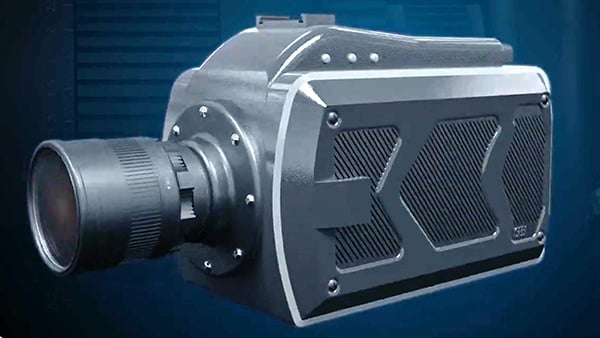 The beauty of a lightfield camera is that, assuming the data can be made manageable by cheaper storage, and the camera made small enough, it will fulfil both successful technology criteria. It will be both a big advancement on anything made previously, and it will add convenience to producers. Compositing is made much easier, creating true depth of field in post is a reality, and even frame rate manipulation is given a revolutionary new spin. There’s a heck of a lot to like about it, and the concept is easy to understand.

There is always talk about whether the idea of going to a cinema in the future will be seen as quaint and deeply old fashioned. But the fact is that we will always need specialist venues if we are to view a screen the size of IMAX for instance. And in terms of watching moving images, there are only so many ways a human can watch a film.

Beyond lightfield technology, short of projecting the images directly into our brains, are there any major, practical, visual revolutions yet to happen? Let us know what you think in the comments.