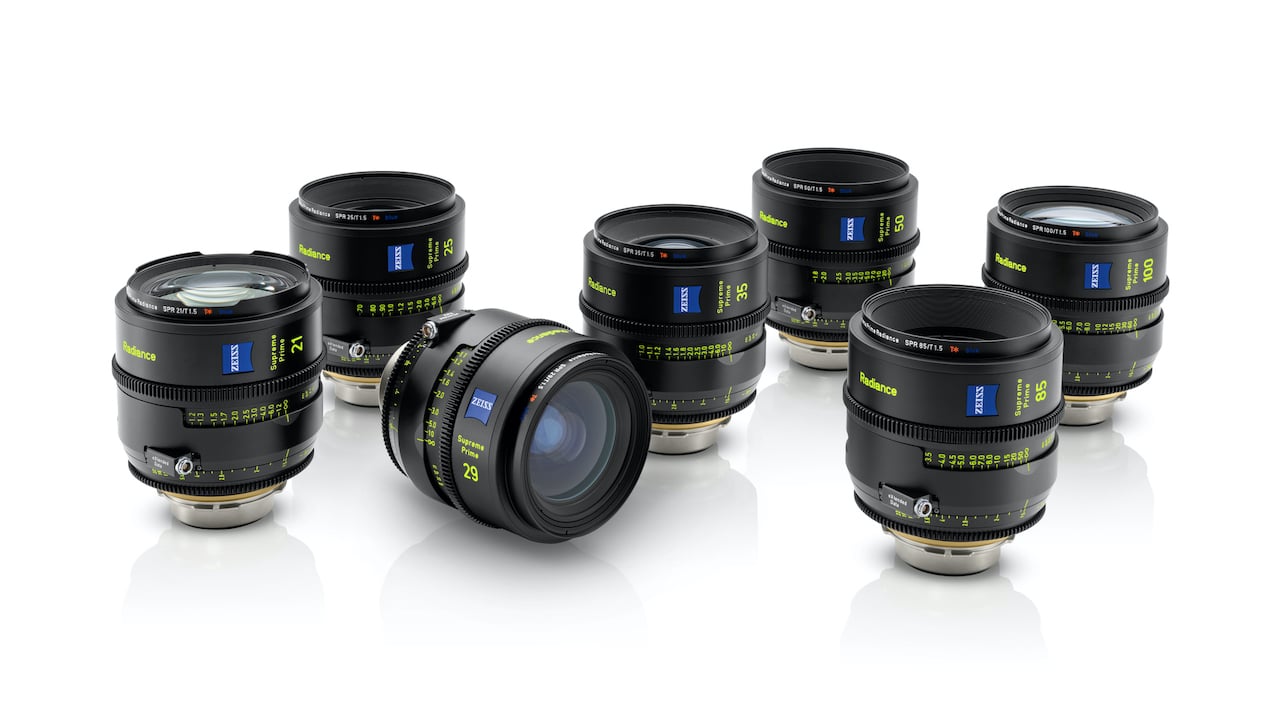 Day of radiance: the new Supreme Prime Radiance lenses will ship in April 2020

The new Supreme Prime Radiance lenses are all based on the high-speed Zeiss Supreme Prime lens family but with the addition of a new T*blue coating for a distinctive look and consistent flares.

The use of lens flares depends to divide opinion somewhat, but if they’re popular enough with cinematographers and directors that Zeiss will even make a range of Primes that majors on creating them, you tend to think that the argument over their use has probably been lost.

The Supreme Prime Radiance lenses are available as a set of seven focal lengths of between 21 and 100 millimeters, all with a maximum aperture of T1.5. They function perfectly normally (though are perhaps a touch warmer than the normal Supreme Primes), until the new T*blue coating is exposed to what the company refers to as “the right light” when they start to flare. Happily they do this without any of the losses in contrast or transmission you might get with uncoated lens elements.

The upshot is that cinematographers can plan out their flares with a degree of precision they've perhaps not had before, and there’s a side-by-side comparison between the Radiance Primes and the ‘normal’ Supreme Primes below shot by cinematographer Takuro Ishizaka (JSC) on a Sony Venice.

Apart from the new coating they are exactly the same lens, which is to say they feature an image circle diameter of 46.3mm, a front diameter of 95mm with consistently positioned focus and aperture rings, weigh 1.5kg, and are equipped with the Zeiss eXtended Data metadata technology first launched in 2017.

They are though a limited run and can only be ordered as a set from now until 31 March 2020, but expect to see them cropping up in rental fleets that can afford them — the 7 Supreme Primes are already $131K combined and there’s no word on any additional premium for the Radiance models as yet — from April 2020 onwards.