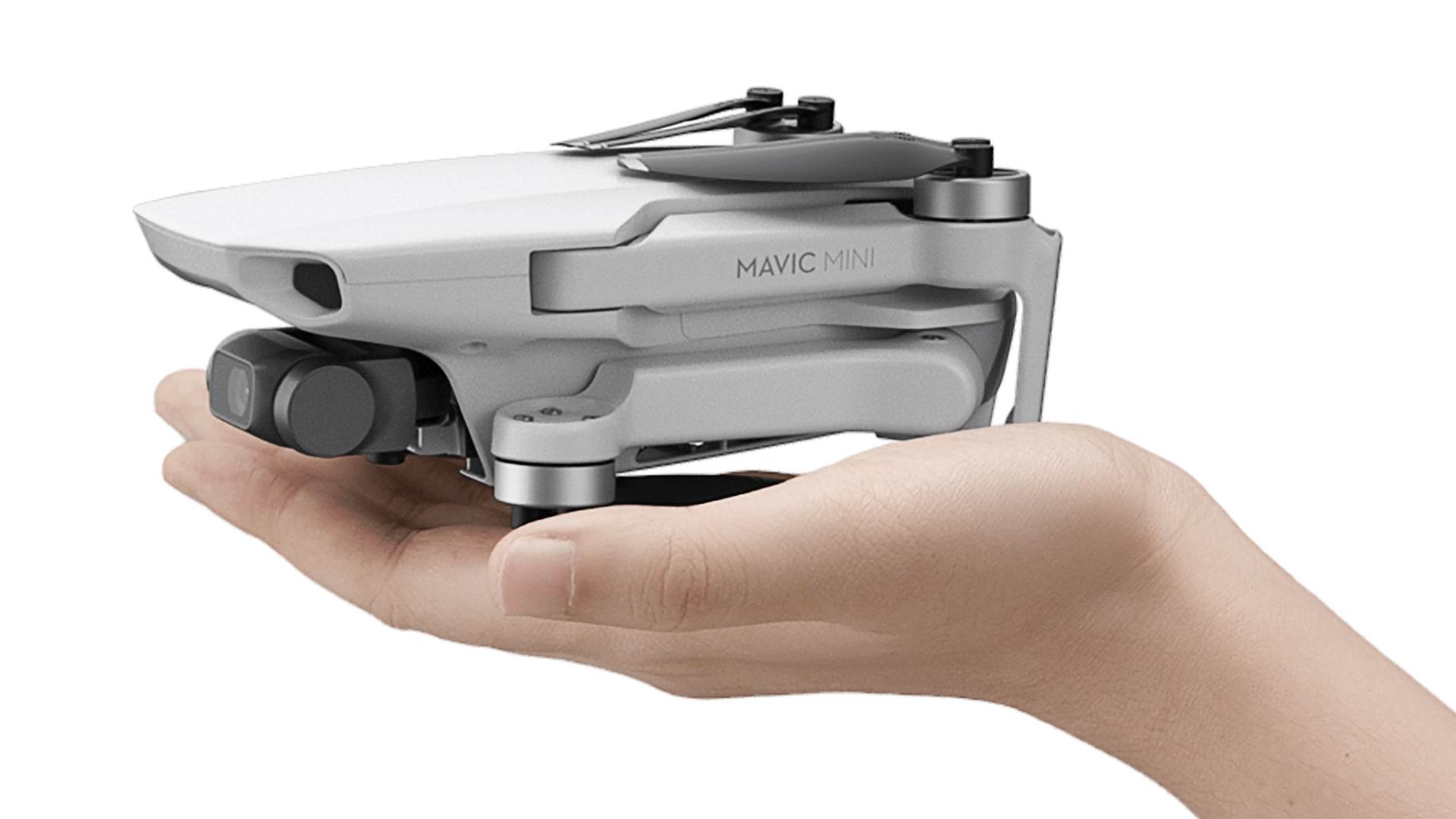 DJI today announced the Mavic Mini, a drone small enough to fit into a large pocket.

The drone market might not quite have the momentum and excitement it once had, but DJI is aiming to change that with a new ultra tiny version of the Mavic, aimed squarely at the lifestyle and Vlogger market.

The lustre that once followed the drone market has rather worn off in recent years. An industry that once seemed to have endless possibilities for professionals looking for another niche in the video market became over saturated, and some would argue over regulated, making it difficult to use the devices legally in most situations where they would be of most benefit. Quickly drone use has become more established in specialised fields such as agriculture and surveying, while film and television work is generally handled by a select few companies that can handle heavy lifting and have special permissions to be able to film in built up areas such as London.

So when it comes to small, lightweight drones, the real market is for general users, lifestylers, and Vloggers. DJI's Spark drone was immensely popular. It was super tiny, but it was limited in resolution. Although the images it produced were actually remarkable given the size of the device. Today DJI announced the Mavic Mini, a drone that falls halfway between the Spark and the Mavic series.

At 249g it is very lightweight, but it is also incredibly small, folding up to a compact 140mm. The camera, mounted on a three axis gimbal, uses a 1/2.3" CMOS sensor packing in 12MP on its surface. Images are obtained through a lens with an 83 degree field of view and a fixed f/2.8 aperture. The system isn't 4K, but instead takes video at 2.7K resolution, which I think is a sensible idea for a device of this type, especially when the codex is H.264 based with a bitrate of 40Mbps. Still photos are all taken in JPEG format, with no raw option currently available. 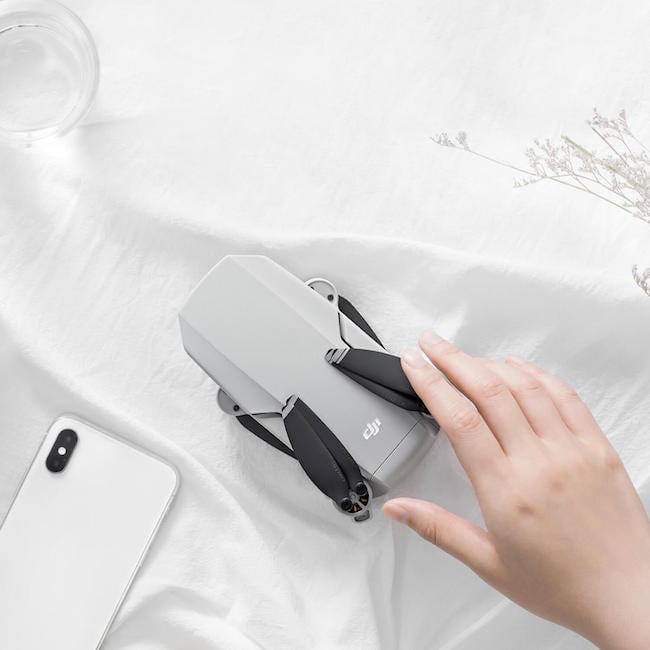 It's not as small as the Spark, but it is still tiny, and much more capable.

Specific features of the Mavic Mini

The Mavic Mini doesn't have the collision avoidance systems of its elder brothers and sisters, but it does have vision sensors on the underneath for monitoring altitude above ground. Battery life is also an excellent claimed 30 minutes.

Added features include a remote control with a 4km transmission capability and live 720p view of what the drone is seeing. Pre-programmed shots are also available, such as circle, rocket, and helix, which makes cinematic movements as easy as pressing a button. The drone can also be placed into CineSmooth mode, which slows down the movement of the device for much more stablity and precise movement.

Videos can be edited via a smartphone app, which has been developed so that even the most technically challenged should be able to produce something worth watching. For close friends and family at least.

The Mavic Mini has a range of additional accessories available, from the useful to the bizarre. Aside from the usual transportation accessories, you can by an artful looking charger, which shows off the drone on your desk while it is charging, there's a DIY kit, which includes stickers that you can draw on to truly personalise it, and there's also a rather strange looking accessory that looks like a vintage television set mounted on top of it! 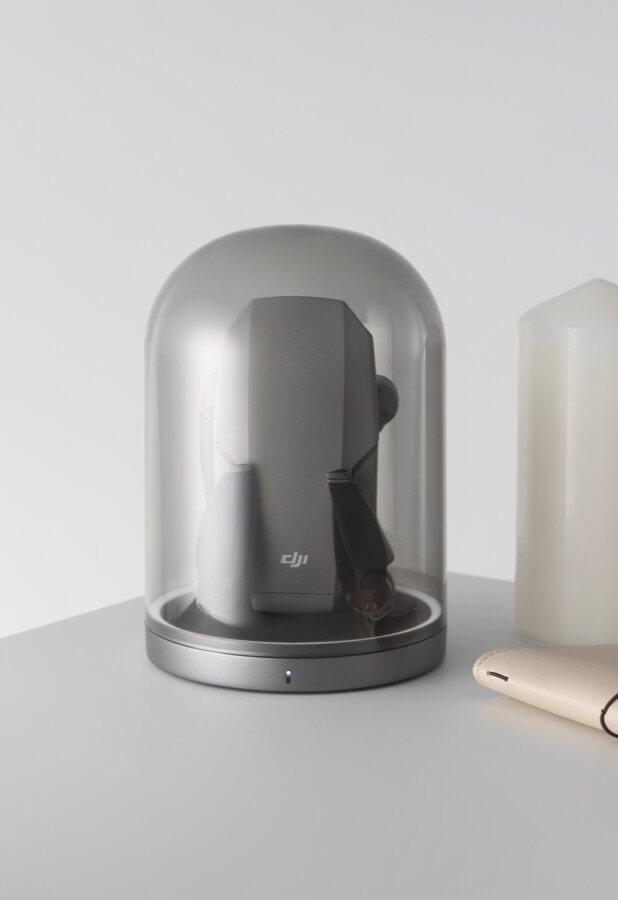 The Mavic Mini's accessories range from the reqlly cool, like this charging station...

... through to the downright bizarre such as, well, whatever that is below! 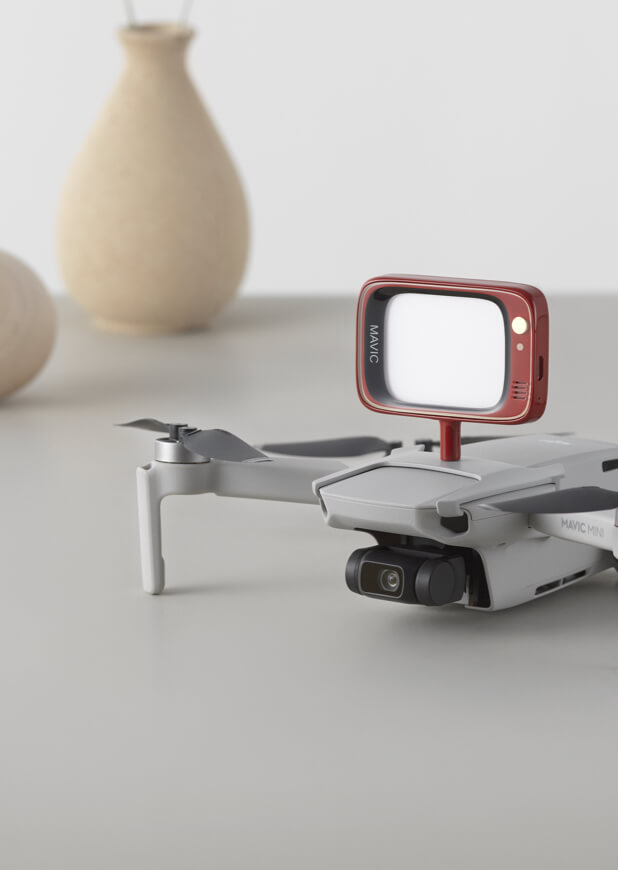 Drones haven't had the best press coverage of late, but it seems that by making the Mavic Mini so small, the company is hoping it falls below many of the minimum regulatory weights in some countries before all the creativity killing laws affect it. Some countries allow exemption from most of the laws governing such devices flight if they fall below a certain size and weight.

Best of all, the price is low enough to be a fun self indulgent Christmas present at only £369. Given how popular the Spark was, the Mavic Mini is likely to be another sure fire hit for DJI. As you can see below, it also makes for romantic evenings too...