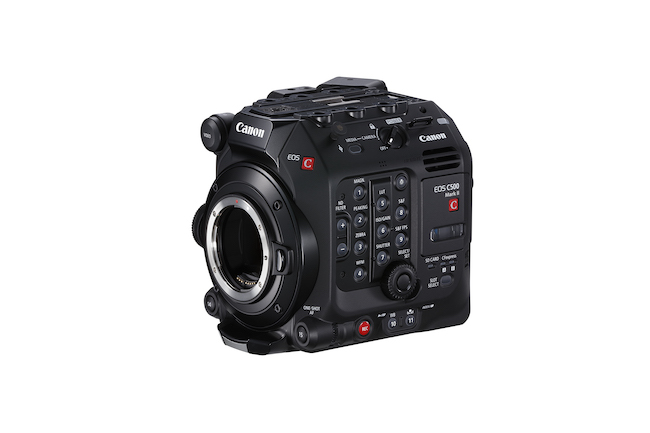 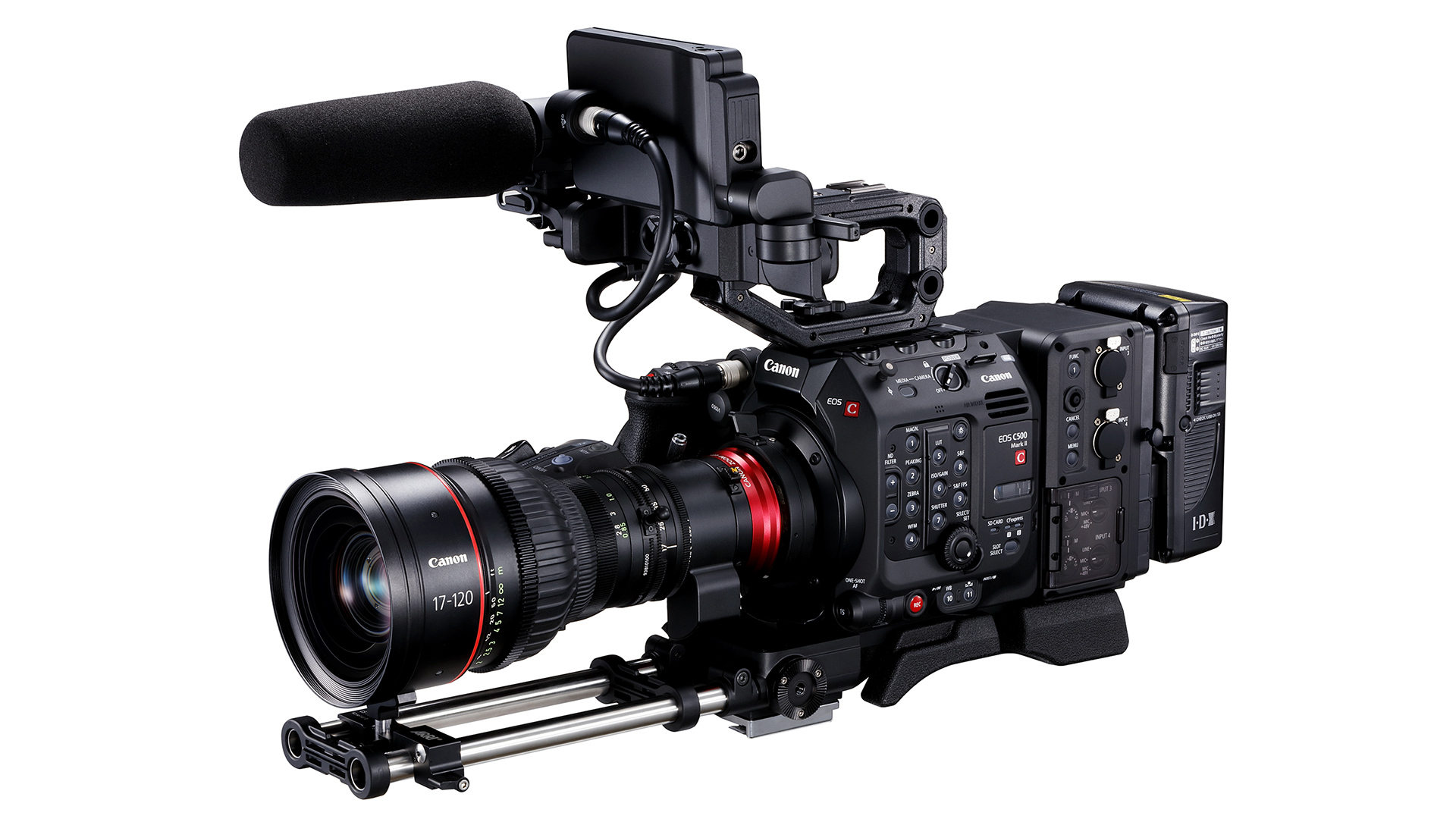 In case you've been living in a bubble, we are fast approaching Europe’s premiere video and film technology show, IBC, and as a result the new announcements are starting to come in at an exponential rate. This latest one is a biggie, Canon’s new EOS C500 Mark II, and it has some big changes over the existing model.

6K is certainly turning into the new 4K, and the EOS C500 MkII is no exception. It features a 5.9K resolution via a full-frame sensor recording to the brand new CFExpress card format.

The camera features a new DIGIC DV 7 processor, and it supports 5.9K internal recording to Cinema RAW Light at up to 60p, as well as 4K 4:2:2 10-bit XF-AVC compressed format. In other words, it doesn't look like you'll be able to record 4K raw, which is perfectly understandable given that the deBayer process has to take place within your editing software. Including 4K raw would defy the point of having a 5.9K chip in the first place.

But it’s not just the resolution and recording system that’s new here. The lens mount is user interchangeable between EF Cinema Lock and PL Mount. The inclusion of an EF Cinema Lock system shows quite categorically that Canon hasn’t abandoned the EF ecosystem just yet. The big question here is whether the fact that the mount system is field changeable means that the company might have an RF Mount alternative available for upgrade further down the line? It’s an interesting possibility.

The move to 6K resolutions is, as I mentioned above, a logical one for the simple reason that after the picture has been through a deBayer process you end up with the highest quality 4K final resolution. Indeed this is the primary reason why the new camera is 5.9K. Furthermore Canon claims that the new camera is capable of over 15 stops of dynamic range, putting it firmly within ALEXA and VENICE type territory. 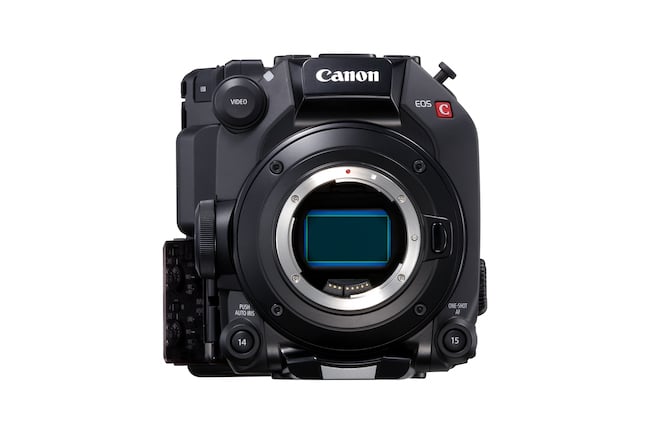 Ease of use and depth of field control is catered for with the inclusion of a motorised ND unit, which features 2, 4, 6, 8, and 10 stop options, as well as clear. That's a six position ND wheel including clear, and would appear to be a pretty neat feature in itself given that most cameras only feature a four position wheel. Sometimes the amount of ND on such systems is either too much or too little, so it appears the C500 address that issue quite well. The previous C500 only had options of 2, 4, and 6 stops. It could be argued that something like Sony's infinitely adjustable electronic ND would be more desirable, and indeed it would be good to see that everywhere. But the configuration here is fine enough to cater pretty precisely to most scenarios.

The EOS C500 Mk2 can be configured using two different expansion units, the EU-V1 and the EU-V2 respectively. The first adds a genlock/sync BNC interface, a remote B interface for the optional RC-V100 remote control unit, and an ethernet interface for IP streaming or browser remote control operation. The EU-V2 on the other hand includes all of the above plus two additional XLR inputs and a 12-pin lens interface. Additionally it features a V-lock battery mount with D-tap and 24v power output.

Canon notes that the EOS C500 MkII is the first of its cinema cameras to support Electronic IS, which it says provides it with 5-axis stabilisation. When a lens that supports data transmission is used the focal length data is automatically received. With other lenses users will need to manually input the focal length to make the most effective use out of it. The EIS system is also compatible with anamorphic glass. The C500 includes Canon’s rather excellent face detection and tracking autofocus. 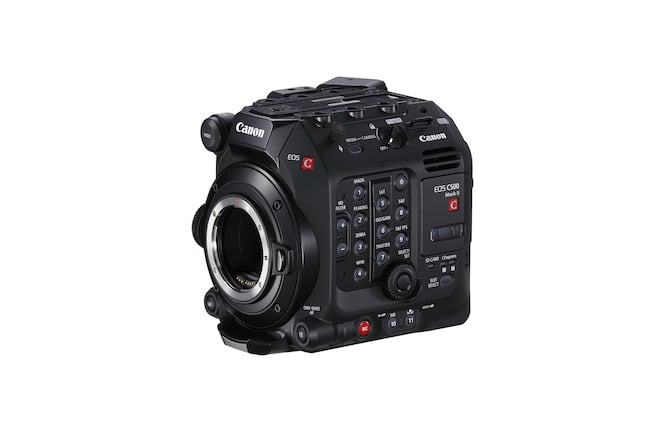 The new camera is also notable for Canon’s focus on its robustness in harsh environments, yet the body weighs in at an ultra lightweight 1.7kg, appearing at least initially to make this a very portable system, depending on the lens you attach to it.

CFExpress is a brand new card format, but it uses the same interface form factor as XQD cards, making them nicely compact. Sandisk became the first company to start selling the new cards this week, and the prices seem very reasonable compared to CFast 2.0. The cards won't be shipping until October, but the C500 won't be available until December.

We seem now to be entering yet another new period of maturity for cinema cameras. The EOS series is incredibly well respected because the cameras are well designed, and fully featured. Unlike some other models they can be used out of the box without the need for lots of additional accessories. So this announcement will be welcome across the board as another option to consider.