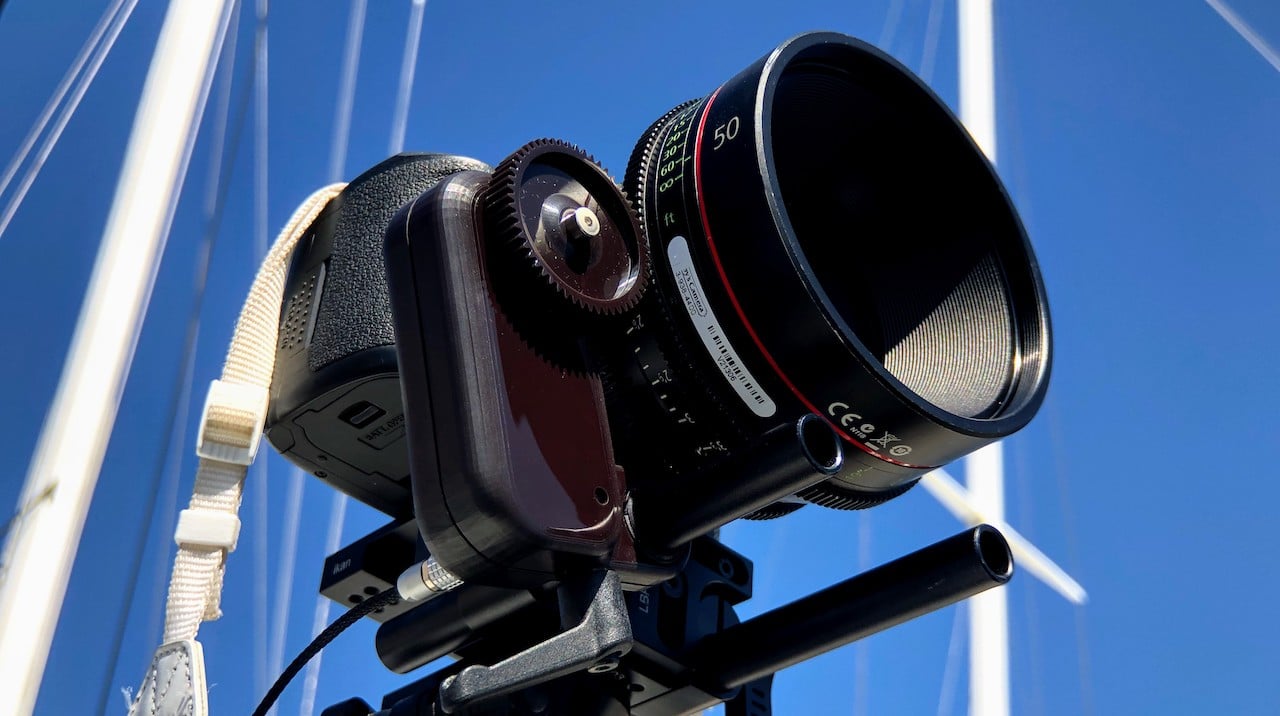 As regular readers will know we’re not usually in the habit of featuring Kickstarter projects, but Gravity Labs’ Moxie looks intriguing enough for us to break our normal reticence.

Moxie first came to industry attention at Cinegear, and since then has entered the Kickstarter process with a 3D printed prototype. It’s not the first all-in-one wireless lens control motor on the market and at $600 it’s not going to be the cheapest if it gets funding and enters production, but it is still an intriguing piece of kit.

It mounts onto a camera using standard 15 or 19mm mounting rods, with the toothed gear then driving focus, iris, or zoom depending on where you’ve positioned it. Technically, though, that’s not an either/or decision as you can run up to three Moxie motors from a single app. 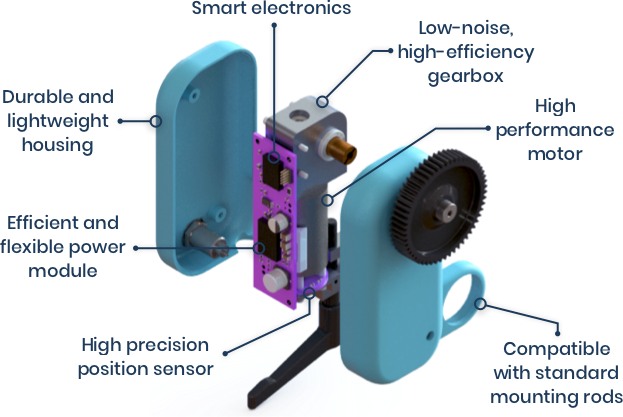 The motors are driven by a Lemo cable and 1Nm+ of torque should make sure even the stiffest lenses can be driven at up to 200rpm so that nothing gets missed, but it’s the app that drives the motor that is the real key to Moxie’s appeal. Not only does this let you control focus, iris, and zoom from it via iOS, but it also lets you record and replay focus transitions, keyframe at multiple points, and generally automate sequences for consistent shooting over multiple takes. Marks and limits can all be added at various focus points, while there also all sorts of UI customisations available including haptic feedback.

For those that prefer to keep their iPhones in their pocket, a single axis wired thumbwheel is going to be available. Gravity Labs has plans to upgrade this to a three-axis wireless model if various stretch goal criteria are met, while there is also a full hand-held controller on the drawing board as well.