If you don't consider phones to be serious cameras yet, you need to think again 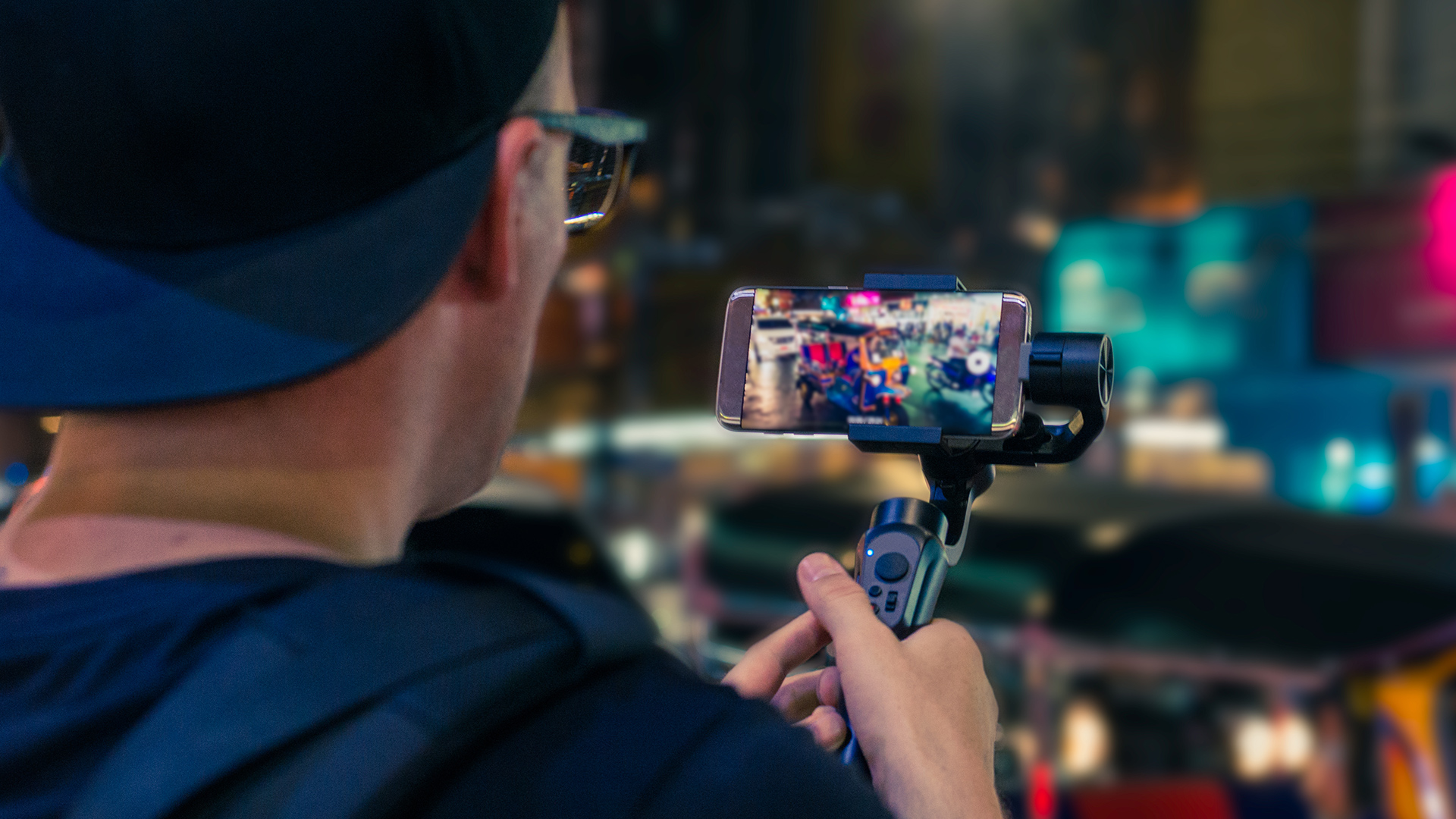 Phones are most certainly serious filmmaking tools now. If you think otherwise, why?

Picture the scene. You've turned up for your first semester at film school, all eager to make that short film you've had in your head ever since you first knew what a camera was, but you discover that the college only has two film cameras. And only two people will be allowed to make their film using them, while the rest of you get to act as supplementary crew.

This is the very situation some people found themselves in in the past. Things have changed hugely now. I remember turning up to shoot some interview footage at a University once, only to discover that they had entire racks of XDCAM ENG camcorders!

Experience with such equipment is a very positive thing. But one of the best pieces of gear to practice with, and even make things with, is residing in your pocket right now.

Directors such as Steven Soderburgh have been using iPhones and apps like FiLMiC Pro to shoot feature films on, like High Flying Bird. Such people aren't budget limited and therefore have their choice of which camera to use. The decision to use a phone will have happened for solid reasons. And, yes, the 'phoneness' is apparent in some shots, but unless you were actually told the film was shot on a phone you probably wouldn't give it a second thought.

For people without the experience and budget of Soderbergh, filming with a phone comes with some pretty solid benefits. For starters a phone is the most mobile type of camera you can ever hope to use outside of an action camera.

This mobility means you can experiment a lot more with composition. It's no effort to move a phone from one place to another, even if it is on a tripod. This is particularly beneficial when you are just starting out. Learning which compositions work, and which ones don't is an essential part of learning. And the mobility of a phone lets you play more with a shot than a larger camera rigged out with all types of accessories. Could you, for example, tape a RED MONSTRO camera to the ceiling with tape to get an overhead shot? With very strong gaffer tape you possibly could, but would you risk it?!

On the subject of speed, it sounds logical to say that a good quality production will take the same amount of time to make, regardless of the camera used. I had this opinion myself, positing that the camera is only a small cog in a larger machine.

But consider this. Steven Soderbergh had the first cut of High Flying Bird completed just three hours after principal photography finished. Could he have done this with the full sized files from an ALEXA?

If you come from a position low experience then it is likely that the people in front of your camera will be similarly inexperienced. A phone is innocuous, and because we use them all the time, taking pictures with friends etc, the majority of people are unfazed by its presence. People who would otherwise freeze up when faced with a large camera are more likely to be relaxed in front of a phone. A good example of this in acrion is the BAFTA award winning Missed Call (2018) by Victoria Mapplebeck, which doesn't try and pretend it wasn't shot on a phone, but instead uses it purely as a tool to get what is needed.

Phones now have two or more cameras on them, letting you take telephoto shots, or on some models ultra wides. Add-on lenses such as those from Sandmarc transform that 2x telephoto camera into a 4x one. Jitteriness is also now a thing of the past now that lightweight gimbals are easily available.

Then there are the apps themselves. FiLMiC Pro is well established as any reader of RedShark will know, but it is importantl to point out the control you have with it. You can record to much higher quality files than the built in default app. You can record as or overlay different aspect ratios, slow motion, apply logarithmic curves, adjust white balance, manually focus, lock the shutter speed etc.

The way the tide is moving is such that as each year passes the footage that these devices can take is shifting well away from the 'phone look' and towards a much more versatile aesthetic.Very shortly we'll be truly at a point where you won't know or care whether something was shot on a phone. Arguably we are at that point right now.

Of course there are some limitations. But here's an interesting question. Is the hassle of shooting with a phone more or less than shooting with a DSLR? Personally I would say that it is less. And I fully accept that you won't get shallow depth of field with a phone. I also accept that until companies like Apple allow app developers to switch off the digital edge enhancement there will always be a slight 'digital' look to things.

But such matters are small when you consider, ironically, the bigger picture. Neill Barham, CEO of FiLMiC Inc recently summed things up accurately when he compared the rise of phone cinematography to that of the 60's French new wave using 16mm film. Those filmmakers were after the many of the same qualities that using a smartphone gives us.

The final truth to this is that modern smartphone cinematography proves that you have no excuse not to film your story or documentary. You don't need a RED camera, and you don't need a Blackmagic one. If you have anything above an iPhone 6S then you have the ability to record in high quality 4K. Everything else is nice, but possibly superfluous to simply getting the job done.

The question is not whether smartphones are a serious video and filmmaking tool, but why on earth you would disagree that they are?