URSA Mini Pro 4.6K G2 - Will you ever need another camera? 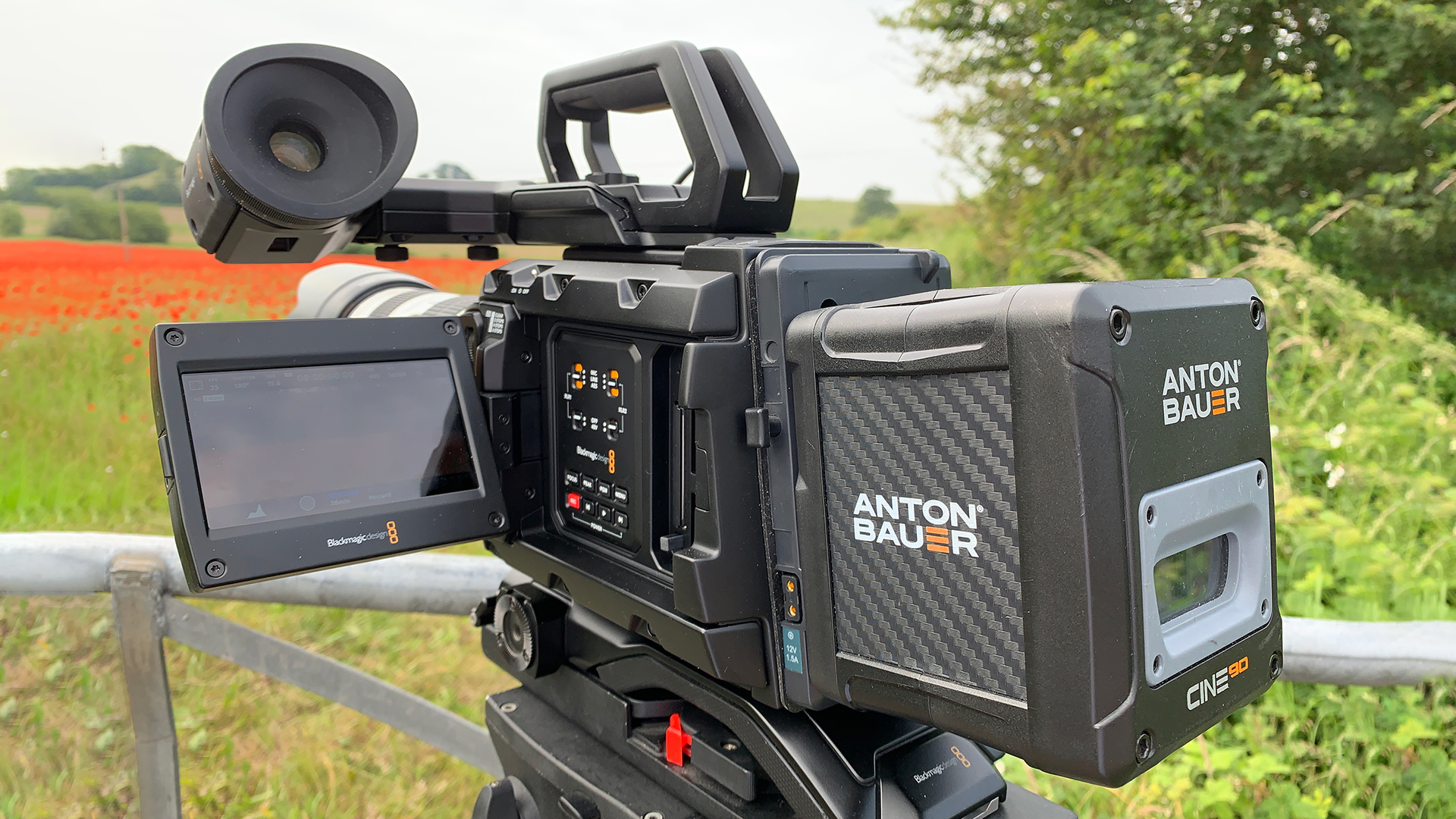 Review: The concluding part of our comprehensive review of the URSA Mini Pro 4.6K G2. This time we look at usability, picture quality, and that all important slow motion!

In the first part of my review of the Blackmagic Design URSA Mini Pro 4.6K G2 I looked at the overall design and features of the camera. This time I want to focus on my impressions of its practical use, picture quality and its much vaunted slow motion capabilities.

The G2 weighs in at 5.07lb (2.3kg) for the body, which is only just over that of a Sony FS7, and less than, say, a Sony PXW-500 ENG camcorder. Given the all metal body construction and solidity of the whole thing, that's quite an achievement.

As a result the G2 is actually very mobile to use, with much of the final weight and balance being determined by your lens and battery selection. Speaking of which, Blackmagic do not specify a power draw for the camera. However it was supplied with an Anton Bauer Cine 90, and the camera lasted for just over two hours, so it is likely drawing between 40-45W, which is pretty respectable. A Panasonic Varicam LT, which makes a pretty good comparison camera officially draws 47W at a minimum. Yes, I know we don't usually compare cameras on RedShark, but it's good to have something to reference by.

Using the URSA G2 off the shoulder with the optional shoulder kit, it balances quite nicely with all parts adjusted fore and aft correctly. If I had one gripe it would be that I'd like the shoulder pad to be a lot softer, especially if I was going to be using it that way for extended periods.

For tripod use it also balances well. The two main record buttons you will be using in this configuration would be beside the big LCD, or just in front of it when the screen is folded in. Although there are two raised lines on the forward record button for tactile feel, I still think it is too close to the other buttons. I think I'd like to see it mounted on the bottom front of the body, and much larger, similar to where ENG cameras often have their white balance switch positioned. An extra button on the top of the camera would also be practical and useful, too.

These are tiny gripes, though. As a user experience the Ursa Mini Pro G2 is a device I thoroughly enjoyed using.

Slow motion is one of the G2's main selling points, and it is one that really got my interest. The camera is capable of going up to 300fps in HD. This is windowing the sensor, though strangely it doesn't appear as "windowed" when it is selected in the setup menus. But for such a high frame rate, and one that can be recorded in BRAW, that is a small price to pay.

HFR mode, as it is called, can be entered by pressing a button on the side of the camera. The precise frame rate can be selected by a slider on the touch screen, with adjustments available in 1fps increments. Obviously the higher the speed, the less light per frame. At 300fps you will need considerably more light than 120. 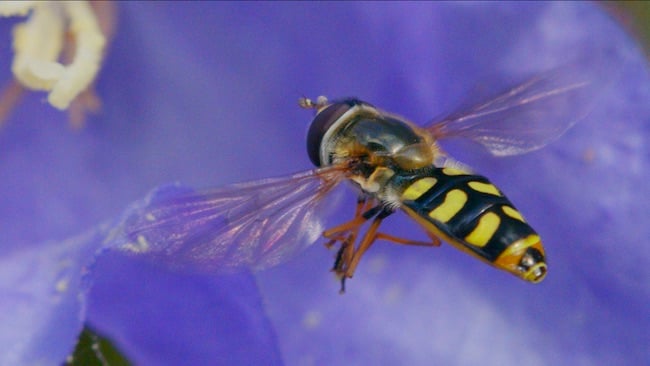 I went a bit left field and decided to test some of its capabilities by filming flying insects in macro. I used a 50mm Pentax Super Takumar f/1.7 lens mounted on a lens reverser. This test would test the camera to some of its limits because in order to have some chance of deepening the focus I would need to be going to around f/11 or so. Doing this massively reduces the light hitting the sensor on top of the already reduced light from filming at high frame rates. Even in bright daylight I had to take the camera up to its maximum of ISO3200 as a result of this. Par for the course in macro.

Tripod mounting for such shots makes the task even more masochistic than it already is. So I took them handheld. Focus with a reversed lens is taken care of by moving the camera by millimetres. Yes, I already told you it was masochistic! The resulting shots weren't perfect by any stretch, but it was highly interesting to do none-the-less, and slowed down the insects flight enough that you could see the wing movement. Although this type of shot was really beyond the limits of the type of frame rate offered by the G2, it does still show what type of creative options might be open to you.

Additionally I tested it with some kayakers on the small rapids on the river Severn (thanks to the Telford club members who allowed me to film them). These shots were much more manageable, with most of them being taken in 2.40:1 mode at 150fps. You can really see the motions that they go through.

As we've discussed before on RedShark, we don't do dynamic range tests, so the following comments are my subjective views. The footage was all shot in BRAW 8:1. Amazingly both 8:1 and 12:1 are perfectly good for most projects unless you really do need the absolute best. Although for the very highest frame rates that the G2 is capable of you will need to go down to at least 8:1 in order for your storage to have any chance of coping with it.

I applied the Extended Video V4 LUT in Resolve 16, with only minor exposure adjustments on a prior node. I could have applied other LUTs or graded from scratch, but I wanted you to see the BRAW footage with minimal adjustment as it comes out of the camera with the latest V4 LUT.

Comparing it to the BMPCC 4K, the G2 matches it colour wise very well indeed. Straight out of the camera with both set to record ProRes Extended Video, the G2 has slightly 'deeper' colour. But you have to look closely. The G2 also has slightly more dynamic range, which is a given. But again you have to look very closely. So the two cameras make very good bedfellows.

The G2 doesn't have the dual native ISO of the BMPCC 4K, and so it tops out at ISO3200. Once you get to ISO1600 picture becomes noisy as you would expect, but not unusably so. I have left the footage as is below, but the noise reduction within Resolve gets rid of it pretty easily. I did not notice any FPN on these tests including some of the darker under exposed shots I didn't include. Commenters have asked about red clipping. This has not been an issue on the URSA Mini Pro series, and I didn't see any here (for example on the poppies or bright red kayak). 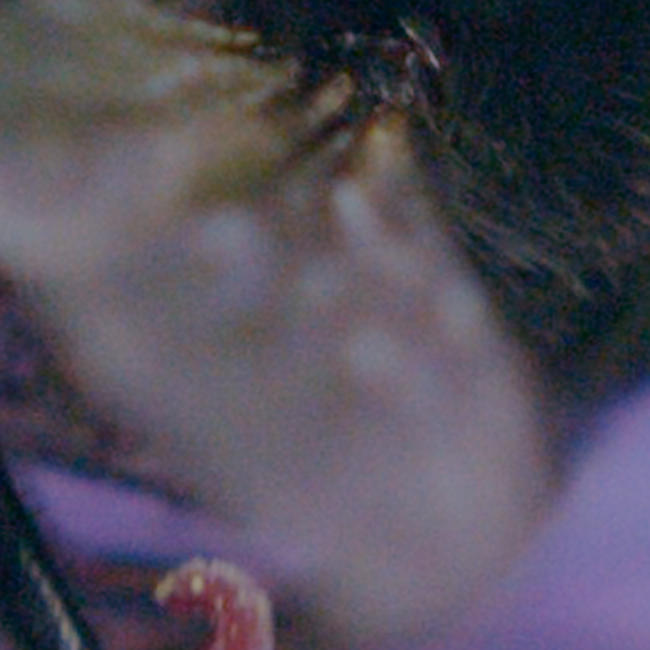 At 300fps, the resultant 1080p video, despite being windowed, doesn't seem to show any aliasing or resolution issues, so it is good to know that you can use these high frame rates and still get high resolution video with minimal artefacts.

Playing around with exposure in Resolve I could see that the G2 reaches quite deeply into the shadows, and so from the short time I had with it, it seems you can protect the highlights during initial exposure, but be confident that you will have a lot of flexibility to pull back the shadow areas.

Lastly, rolling shutter was exceptionally good. The screenshot below was taken during very high speed panning back and forth at 25p, and as you can see, the telegraph pole, while still showing some skew, is pretty damn minimal.

The URSA Mini Pro 4.6K G2 for me is a camera that ticks a long list of boxes. It's no secret that I'm a fan of BMD's colour science, and the G2 has only reinforced that view. It produces fantastic looking colour out of the box. Like the BMPCC4K it can be biased to the 'warm' side of things, but not to the same degree. But it is an incredibly pleasing looking picture indeed.

The nearest camera I can think of that is similar in capability to the G2 is around $10K. The G2 is $5995, yet you are getting higher frame rates and raw recording in-camera, as well as a much higher peak resolution. It's difficult to think of anything that I don't really like about it, other than perhaps the desire for dual native ISO functionality. The G2 is a camera that can handle any job you care to throw at it, and it is priced at a level that even production outfits on a fairly lowly budget can afford. In fact I think if are in the market for a camera that allows you to shoot everything from events through to corporate and industrial, as well as cinematic drama and sports, you'd be pretty mad not to consider the G2.