Hasselblad doubles down on medium format 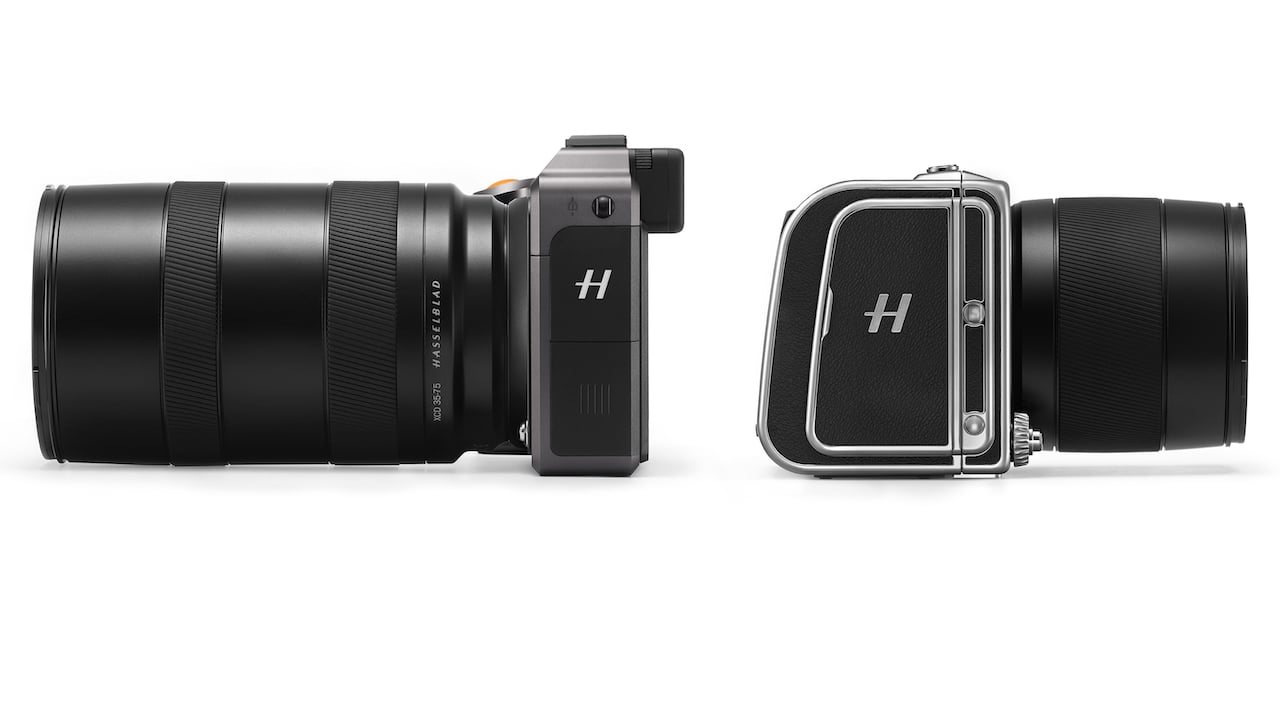 A whole new updated camera, the X1D II 50C, and some intriguing possibilities for bringing its legacy kit into the digital age have been announced by Hasselblad.

It’s been three years since high-end Swedish camera maker Hasselblad introduced the world’s first mirrorless medium format digital camera, the X1D-50c, a premium camera at a significantly premium price. And while the new X1D II 50C hardly democratises the format for the masses, it is definitely cheaper at $5,750 — roughly the same price that you would pay for a second-hand (now discontinued) X1D-50c.

Hasselblad says the new model builds on the first generation with enhanced electronics built around the core of a 50MP CMOS sensor, which at 43.8 x 32.9mm the company is happy to point out is 1.7 times larger than 35mm full format sensors. Dynamic range is an impressive 14 stops while it also now features full resolution JPEG capture alongside 16-bit RAW.

Video? As yet there is little information, though the spec sheet of the camera does say that this will be “enabled at a later date.”

Dual SD card slots now support the UHS-II standard, while Hasselblad’s tendency to build the shutter mechanism into its lenses keeps the camera body weight down to a pleasingly minimal 650g. Availability is July.

Talking of lenses, the ninth addition to the X System lens range is the XCD 3,5-4,5/35-75 Zoom. Delivering the same image quality from edge-to-edge as the XCD prime lenses, its a high performance, compact mid-range zoom for moderate wide angle to short telephoto focal lengths. Like the rest of the XCD lens range, the XCD 35-75 features an integral central lens shutter, offering exposure times from 68 minutes to 1/2000s with full flash synchronisation throughout. Price is not far short of the camera at $ 5175.

There’s also a new app, Phocus Mobile 2, which not only lets users work with their images, but also doubles as a remote controller enabling tethered shooting and direct camera control. But probably the biggest other news from the company is the development announcement of the modernised CFV II 50C digital back and the brand new 907X camera body.

The digital back will enable that 50MP CMOS sensor in the X1D II 50C to be coupled with any of the company’s V System cameras made from 1957 onwards, and features an integrated battery to keep ergonomics and aesthetics intact. A tilt screen means that the V System’s signature wait-level shooting mode is alive and well. Add the new 907X camera body onto the front of it, the company’s smallest medium format camera body to date, and you have something very small, very powerful, and very distinctive. Probably very expensive as well but, as this is only a development announcement as yet, you’ll have to wait till later in the year to find out how many years ago you should have started saving for it.